We all know that Skype brought the group video calling feature for up to 25 participants less than a year ago. The  Microsoft owned service, Skype is now planning to increase the number of users from 25 to 50 who can take part in Skype Group Call. According to the latest reports, we have come to know that a new update will soon make its way to the users. It will not only allow you to enjoy Skype Group Video Call for up to 50 Participants but will come up with some amazing new features.

According to the latest reports, the company has announced tests for group video calling for up to 50 participants. It can be tested with the latest version of Skype available in its beta programme. 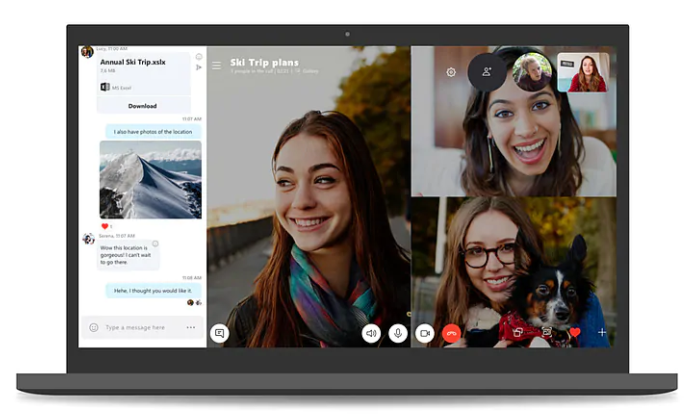 Furthermore, the Microsoft owned service, Skype had also launched a screen-blurring feature. The main purpose of this feature is to blur the messy dirty room behind, and other background details that you don’t want others to see. According to the Microsoft-Owned video calling App, Skype this feature uses artificial intelligence for keeping the focus on the caller. This new feature detects all minor detail such as hair, hands, and arms.

Skype for the deskbest is the first one to get this feature. However, this feature will also make its way to iOS and Android users soon. You can enable it in Skype’s settings or from the video call button inside the service. Let’s see what Skype offers in its upcoming update.