Sheikh Rashid Ahmad, Pakistan’s interior minister, launched Pakistan’s first plastic road project in Islamabad on Monday. The carpeted road is comprised of bitumen and plastic and runs for one kilometer along Ataturk Avenue.

Minister Ahmad commended Chairman of the Capital Development Authority (CDA), Amer Ali Ahmed, for the initiative and said that the federal capital and other cities would see an increase in environmentally friendly plastic roadways. 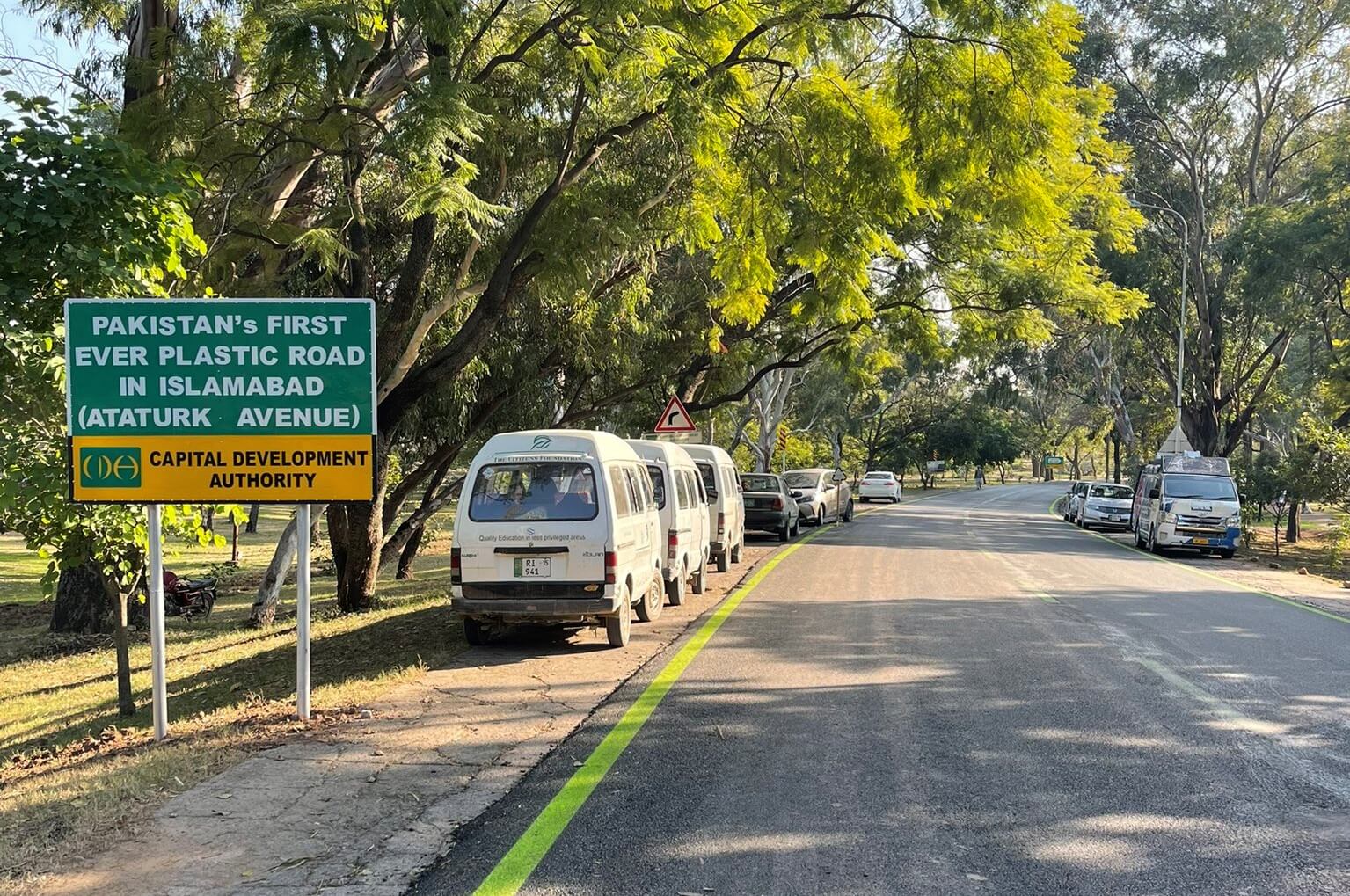 Coca-Cola built the plastic road in partnership with the National Incubation Center (NIC) and the CDA, using ten tonnes of plastic bottles. The project’s purpose is to safeguard Pakistan’s environment, and if fully executed, it has the ability to promote both development and the environment.

The CDA has previously completed successful testing of the plastic road at F-9 Park.

Islamabad generates around 700 tonnes of garbage every day, including approximately 150 tonnes of plastic waste, according to the CDA Chairman. “In the future, we will use plastic garbage for the beneficial purpose of road construction. This measure will not only assist CDA in lowering the cost of roads, but will also contribute to pollution reduction,” he noted.

Dr. Mohammad Irfan Khan, an environmental sciences professor at the International Islamic University Islamabad (IIUI), told the media that plastic roads are critical for reducing dust, which is an air pollutant. “We have the worst air quality in the country, and plastic roads would help minimize dust, hence improving air quality. Whereas plastic garbage has wreaked havoc on streams, rivers, and other bodies of water. Additionally, it has an effect on soil fertility. I would argue that the government should carpet as many roads as possible with plastic mixed bitumen to help limit dust pollution,” he stated.

Omer Sagheer, Director of the CDA, disclosed the new road’s formula: 10 kilogram plastic to 42 kg bitumen. He noted that these roads had a higher marshal stability rating than bitumen roads, in addition to having superior penetration and endurance.

However, the concept is not unique. Coca-Cola asserted that plastic is utilized to construct highways across the globe, and these roads are very durable. Coca-Cola Pakistan’s Vice President said that this road belongs to all Pakistanis and anybody concerned about the environment.

Environmentalists and students attended the inauguration event, which included a ceremonial walk.