The Mobile World Congress 2022 (MWC) kicked off in Barcelona with an exciting reveal presentation from realme. The tech-trendsetters took part in their first product launch at the MWC by unveiling their most premium flagship series – the realme GT 2 series. The two handsets unveiled at the event include the realme GT 2 and the realme GT 2 Pro.

As realme’s most premium flagship line-up ever, the realme GT 2 series is a critical step forward, allowing them to break into the high-end market and bringing new and exciting features to millions of users around the world with their inventive technologies and transformative designs. realme was recently ranked among the top 4 smartphone brands in Europe (Q4 2021, Canalys), as well as being among the top 5 smartphone brands in the world which is a testament to the strength of realme’s market penetration and channel development efforts.

realme has taken various initiatives to promote brand awareness of realme GT 2 series in global expansion, especially in the vast European and Chinese markets. realme has teamed up with major European mobile carriers including Vodafone, Orange, and Deutsche Telecom to bring 5G products to a wider customer group across Europe, starting with the realme GT 2 through Vodafone and Deutsche Telecom’s online and offline channels. The use of special early-bird offers and trendy pop-up store joint initiatives will also be created by realme in collaboration with carriers and other partners to provide customers a tailored and enjoyable experience. The realme GT 2 series will make its debut in India, Middle East, Southeast Asia, and Latin America in the coming months, following the European debut at the MWC.

Embodying the spirit of “Greater Than You See,” the realme GT 2 Series aims to give users a multi-layered experience of excellence. The visible aspects of master design, stunning display, and fastest CPU performance, work with the invisible and relentless innovation behind the product to give users a premium experience. However, now let’s take a moment to break down the various exciting features of the realme GT 2 Pro that were unveiled earlier at the MWC. 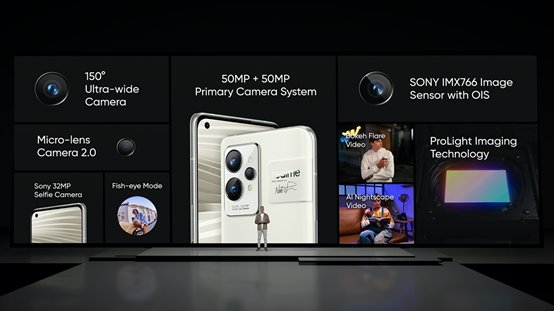 The realme GT 2 Pro comes with Super Reality Display which is built to deliver incredibly realistic visuals that feel rich and natural and provide an ultra-high-resolution display with a high refresh rate. As the world’s First 2K AMOLED Flat Display with LTPO 2.0 Technology, the Super Reality display was created using a 6.7-inch E4 AMOLED with a whopping pixel density of 525 pixels per inch. That greater pixel density means that your text will appear sharper, and your images will show incredible details down to individual blades of grass or strands of hair.

The Super Reality Display has outstanding color performance with a 10-bit color depth, being able to produce an impressive 1.07 billion colors overall which is a 64 times increase in color information from a typical 8-bit display. The display can reach a peak outdoor brightness of an impressive 1,400 nits, making it one of the brightest displays in a similar range. It also features a smart display with 10,240 individual levels of brightness that automatically changes for optimal power saving and a comfortable viewing experience. 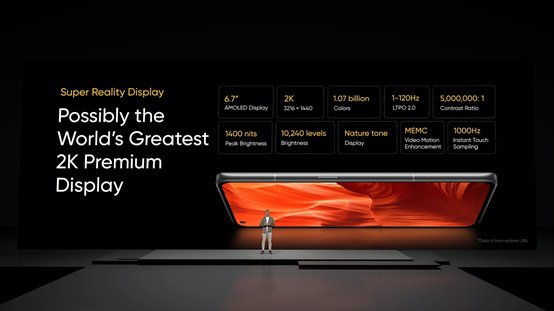 With LTPO 2.0 technology, the realme GT 2 Pro can automatically adjust the refresh rate of its display to anywhere between 1 to 120 Hz which can improve battery life by 1.7 hours. With GT Mode 3.0 enabled, it can also offer you 1,000 Hz instant touch sampling. The realme GT 2 Pro has received an A+ for screen quality from DisplayMate which is the highest possible score. A good display needs better protection which is why the realme GT 2 Pro features Corning’s Gorilla Glass Victus protection. 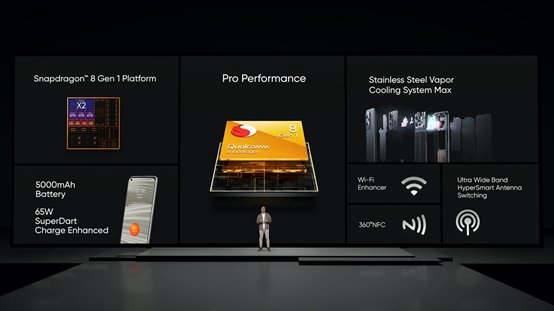 In development, realme had been looking for ways to create an environmentally friendly smartphone with the realme GT 2 and realme GT 2 Pro. After 12 months of research with 63 prototypes, they were successful in doing so as the realme GT 2 Series has the world’s first smartphone to use a biopolymer for its entire rear panel thus reducing carbon emissions from its manufacturing by 35.5%. This was accomplished in collaboration with world-renowned industrial designer Naoto Fukasawa who has previously worked with realme on the design of the GT Master Edition. The realme GT 2 Pro has also received the TCO 9.0 sustainability certification, which requires a socially-responsible manufacturing process for realme and all of its suppliers, with over 40 sustainability performance indicators being checked. The percentage of plastic used in the phone’s packaging has also been reduced from 21.7% to a minuscule 0.3% of plastic.

Following the design philosophy of sustainability, the rear shell of the realme GT 2 Pro is made of SABIC’s LNP ELCRIN bio-based copolymer material, which is certificated by ISCC+. This has various environmental benefits such as offering similar performance to fossil-based alternatives but with a reduction in CO2 emissions per kilogram or being derived from biomass waste or residue that does not compete with the food chains, such as crude tall oil and hydrotreated vegetable oils. 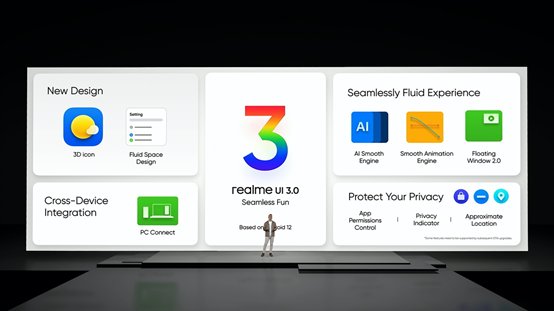 Triple-camera Setup featuring the World’s First 150 ° Ultra-wide Camera and a 40x Micro-lens Camera
realme GT 2 Pro adopts a triple-camera setup featuring the world’s first 150-degrees ultra-wide Camera and a remarkable 40x micro-lens camera. The 50MP primary camera draws into its Sony IMX766 flagship-level sensor with all pixel Omni-directional PDAF and OIS features. The IMX766 comes with both optical image stabilization for photos, and electronic image stabilization for videos. Optical image stabilization means the lens itself physically moves to compensate for your hand movements. The 150-degree ultra-wide Camera gives you the ability to capture extreme panoramas, which gives you a 278% increase in the field of view for your images than most main cameras. To compliment the ultra-wide camera the world’s first fish-eye mode in a smartphone has also been included. The mind-blowing 40X Micro-lens Camera 2.0 allows you to take a closer look and experience the world around you in a whole new way. The new 2.0 version allows you to be 2 times farther away from the subject and increases the depth of field 4-fold, making focusing much easier and gives you much sharper images.

Based on Android 12, realme UI 3.0 comes with newly-designed 3D icons, our Fluid Space Design and Omojis, as well as improved privacy functions like app permission control and location hiding. Designed with functionality and customization in mind, realme UI 3.0 allows you to express yourself with greater freedom and create an experience unique to you. Also, realme is committed to providing you with 3 years of major upcoming Android OS updates and 4 years of upcoming Android security patches for the realme GT 2 series.

Apart from all the exciting features mentioned above, the realme GT 2 Pro is also equipped with lightning-fast 65W SuperDart Charge enhanced, a massive 5000mAh battery, an advanced Antenna Matrix System, and Dolby Atmos Dual Stereo Speakers. As the performance flagship, realme GT 2 has the same equipment as realme GT 2 Pro, including design, battery, realme UI 3.0, and RAM. It differs in featuring a 120Hz E4 AMOLED Display, the powerful Snapdragon 888 5G Processor and Stainless-Steel Vapor Cooling Plus, and GT Mode 3.0. Keep an eye out for more upcoming news regarding the release of the realme GT 2 series in your country.

About realme:
realme is a global emerging consumer technology company disrupting the smartphone and AIoT market by making cutting-edge technologies more accessible. It provides a range of smartphones and lifestyle technology devices with premium specs, quality, and trend-setting designs to young consumers at affordable prices.