Karachi, March 10, 2022: Keeping up with its commitment of prioritising safety and well-being, foodpanda organised a road safety awareness session for its riders, which was conducted by Sindh Traffic Police. The session was conducted by DSP Saeed Arain, and was followed by a talk by the DIG Traffic Police, Mr. Ahmed Yar Chohan. The training given to the delivery riders aims at ensuring that all riders strictly follow the traffic rules, and drive with great responsibility and care, for their own safety and for the safety of all drivers and even pedestrians who walk along the roads or cross the roads at any point. 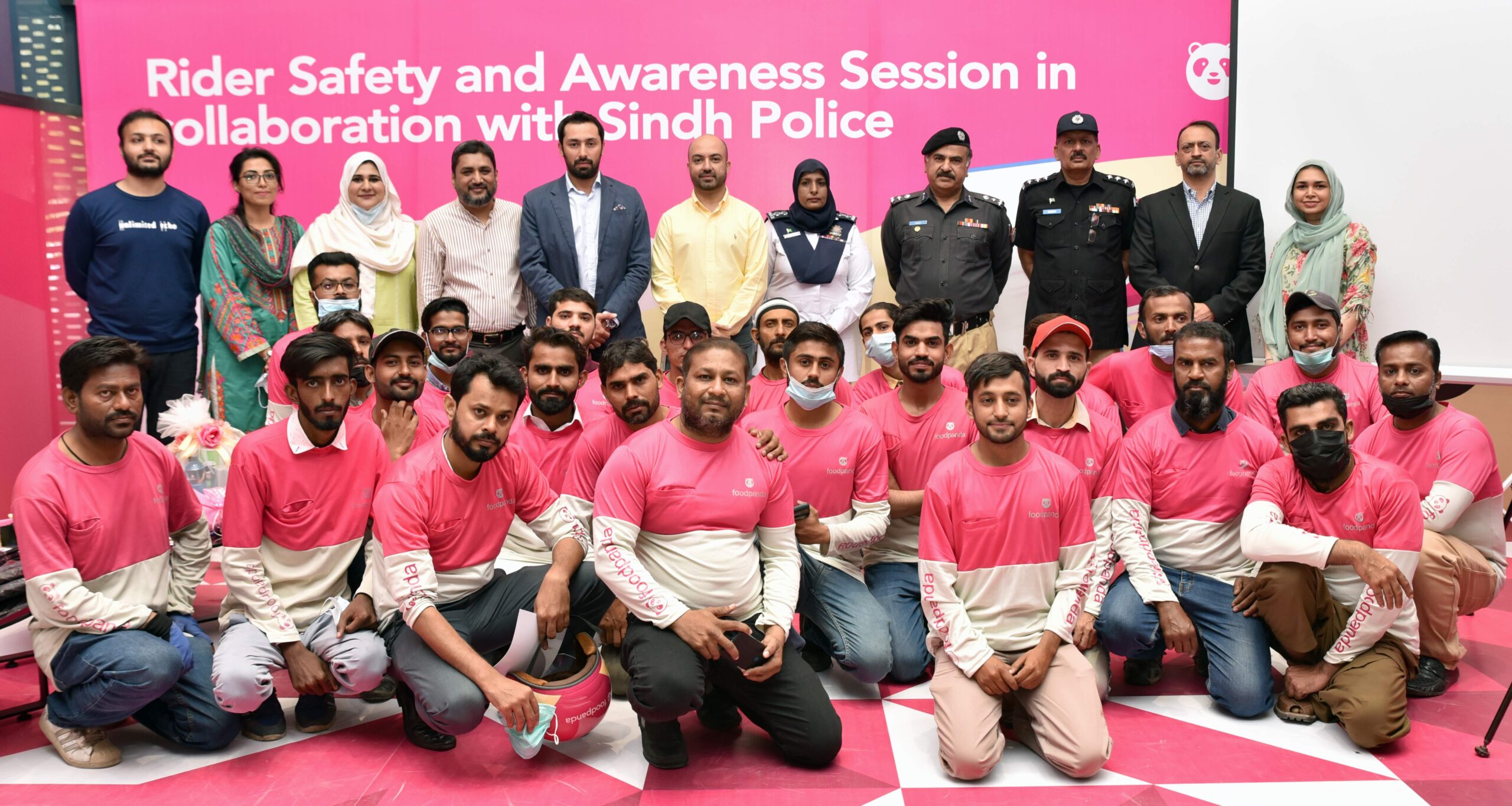 Speaking at the occasion, Muntaqa Peracha, Interim CEO – foodpanda Pakistan, stated that delivery riders can spend a lot of time on the roads and at all hours, making it essential that they are adequately coached on safe driving practices. He went on to say that foodpanda believes that roads accidents are entirely preventable, and this and similar other sessions are being organized as the company is cognizant of its responsibility in mentoring its delivery riders.

According to a report issued by Karachi Traffic Police (KTP) in 2021, the number of road accidents has drastically increased. The report stated several reasons behind the increased rate including the chaotic traffic, the large number of inexperienced drivers, especially teenagers, and heavy traffic plying on the roads during the daytime. The comparative report shows that the death toll from road accidents increased by 43% year on year, while the rate of serious injuries increased by 109%. Moreover, the report revealed that more motorcyclists were killed in the accidents compared to people driving cars.

As such the initiative taken by foodpanda earlier in Lahore and now in Karachi to provide safe driving training to its delivery riders is the need of the hour, and something that other organizations too need to follow.

At the end of the training session, helmets were also distributed among the riders present.

With over 20,000 restaurant partners across the country and millions of food deliveries every month, foodpanda is Pakistan’s largest e-commerce and online food delivery company. foodpanda provides self-employment income opportunities to thousands of home chefs and delivery riders to earn a successful living as and when they choose to.