Muhammad Ahsan is widely regarded as Islamabad’s Golden Man. He is the first person in Pakistan’s capital to establish anything like this. The then-Deputy Commissioner Hamza Shafqaat, who has since been moved, gave him legal authorisation to work and perform in Islamabad. 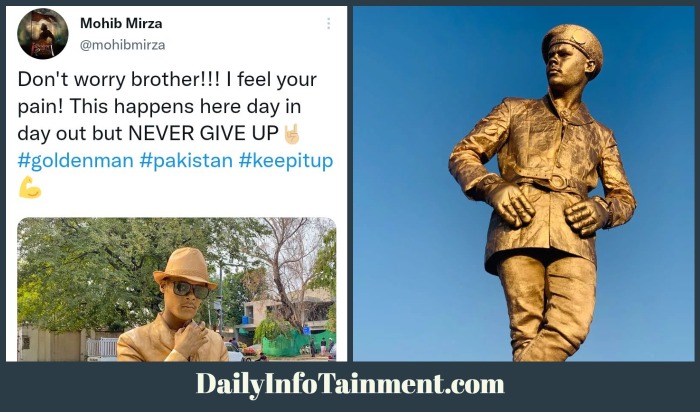 When Ahsan went to submit a complaint about someone harassing him at work, he was reportedly attacked and abused by the police. He was sobbing because he was upset by the development. He said he would quit this position since talent is not valued in Pakistan. This is heartbreaking, man. I have no words </3#goldenman #islamabad @dcislamabad pic.twitter.com/Ilk0cNk91B

People were appalled by the treatment of Muhammad Ahsan, The Golden Man of Islamabad, and many celebrities stepped out to defend him.