Top Online Cricket Games You Can Never Get Bored Of

The cricket fever is always raging on. For the true fan, cricket never has a ceasing moment, and they go through old game highlights quite often, be it on their way to college or while commuting back from the office. However, the summer heatwave and the raging pandemic have trapped everyone indoors, restricting them from playing an actual game of cricket. This has presented online cricket with an opportune moment to enter the lives of the masses.

Online cricket games let you experience the ambiance and essence of live cricket matches in stadiums and come heavily packed with action. The games offer the player a chance to play PVP or PVE matches with straightforward controls and real-life game commentary running in the background. All of the games selected below are exclusively available on Android and iOS devices. These cricket games offer an exquisite experience to the players that you will never get tired of. 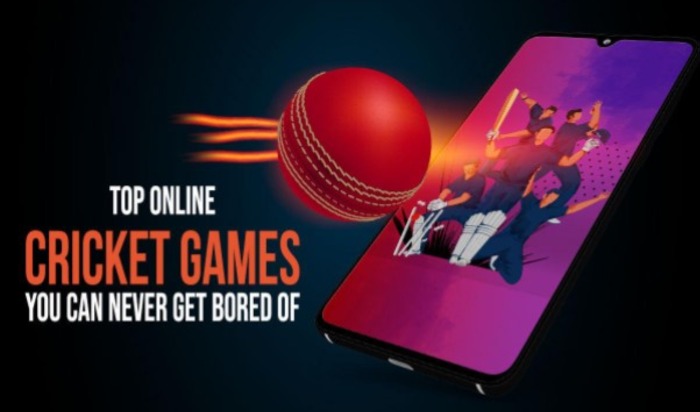 Real Cricket™ 20 is a cricket app that offers its users an utterly surreal game of cricket. Players in this game can get a first-hand experience of the various batting types like balanced, defensive, brute, and radical.

Players can choose to play a co-op match and a friend on Google Play with the game’s AI as the opponent. The other option to play multiplayer is where the player is pitted against a real rival randomly sorted online. The game also allows players to play offline in the challenge mode, where players can rediscover themselves without going under any pressure. To learn more about the other features of this game, you can download it straight from the Android app market.

MPL World Cricket Championship 2 offers the players one of the most exclusive formats of online cricket. The game boasts of being the number one mobile cricket game in the online marketplace. The game offers a next-level experience where players get to deal with accurate ball physics, magnificent batting shots, and other special features, all wrapped under one single roof.

The player with an aesthetic eye will also not get bored as this WCC2 game even offers visual customizations to players where they can modify the banners being held by the fans in the stands. The gameplay has 3D graphics and displays situations only in live matches. In addition to this, multiple camera angles provide a more detailed view of the pitch to the players, giving it the feel of an actual stadium.

Apart from this visual extravaganza, the players also have various modes to choose from where it is possible to challenge a friend for a match. Furthermore, there are several international teams the players can choose from. The developers made the game even more enjoyable as they have provided the ability to power up shots and use meters for placing balls ready with a swing.

The most fun aspect of this game is that you can save the highlights from the matches after the match ends and show them off to your friends and family. The game is available for download on both Android and iOS devices.

This online game offers cricket fans to play exclusively as their favorite IPL team, Chennai Super Kings, one of the top contenders in IPL. Moreover, since the game is licensed officially by the actual team, players can play with real characters like Ravindra Jadeja, Dwayne Bravo, and Mahendra Singh Dhoni.

The controls for this game are pretty simple, and when you bat, you have to slide your finger in the direction you want to play the ball. Timing is critical in this game, and if you can hit the ball at the right moment, you will be able to score a six.

The players can go through four different game modes, and the prime objective is to score the most runs. The game does not offer the opportunity to bowl but only allows you to play as a batsman.

The game’s visuals are refreshing and come with a great soundtrack that players can enjoy while engrossed in a match. The game is an absolute win for players who have a deep-seated love for the kings in yellow.

WCC3 is a sequel to their previous iteration known as WCC2, a cricket game much loved by fans everywhere. The game has one of the top realistic gameplays that they have blended with many exciting features that make it more attractive to the fans. The game has commentary features that are on the professional level. The AI in the game is also the latest and allows motion capture of professional cricketers.

Fans can play in new stadiums in different matches, and each of them has contrasting lighting and variable pitches. When playing online, players benefit from matching with other online rivals of the same skill level, thanks to the intricate AI that helps with the scaling of opponents.

Apart from the online mode, players can choose to play a career mode and begin a journey as a player from domestic cricket, slowly advancing towards international grounds. Among various other features, players can also customize their team jerseys to make the game a more intimate experience for themselves and enjoy the fun.

These chosen cricket games deserve attention, among others available in the online market. Many games lack certain features that usually make players lose interest over time. However, these titles are handpicked to prove their worth, and they most surely tick the significant boxes on the feature list offering everyone a great time at any given moment of the day.