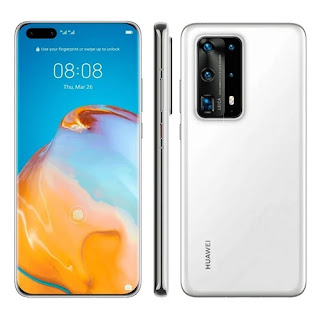 Huawei Software Development Director Wang Changlu said in an interview that the company wants to release a beta version of HarmonyOS 2.0 exclusively for developers in December. The operating system will be available for several smartphones from February 2021 after testing.
With this in mind, we can be sure that Huawei handsets will receive the Harmony operating system in the first quarter of 2021. Of course, the testing process will continue for several months until we finally get to the release of the final version. This means that early versions may be in closed beta. The P series is expected to receive the software for the first time, although no reliable information has been released yet.

Which Devices to Get Hongming Operating system

According to Zhi Hao, Huawei’s IoT business director, the company’s smart displays will be the first to receive HarmonyOS 2.0. Huawei has previously unveiled the Huawei Vision display and Harmony TV. It is now rumored that the company will soon want to launch a new series of TVs by the end of 2020. Given Huawei’s emphasis on smart displays and the completion of the N + 8 + N strategy, we expect new versions to be introduced for many of the company’s TVs, including the X65 and V55i.

In addition, Wang Changlu has provided interesting information about the Harmony operating system. He says the name Hongming, which is used to refer to the operating system in China, is derived from “Shai Jing”. Sean Jing is a classic writing that describes a combination of culture and geography of the pre-Chinese period. This article also contains part of Chinese mythology. Wang says their operating system project began in 2012 and the first kernel version was completed in May 2018.
Wang says that despite the harmonious readiness for smartphones, the operating system had not been released before due to lack of ecosystem and collaboration with Google. But now that it is not possible for Huawei to use Google software services, the company is ready to launch its own operating system. He says harmony was created before the sanctions were imposed, and the sanctions only accelerated its development.