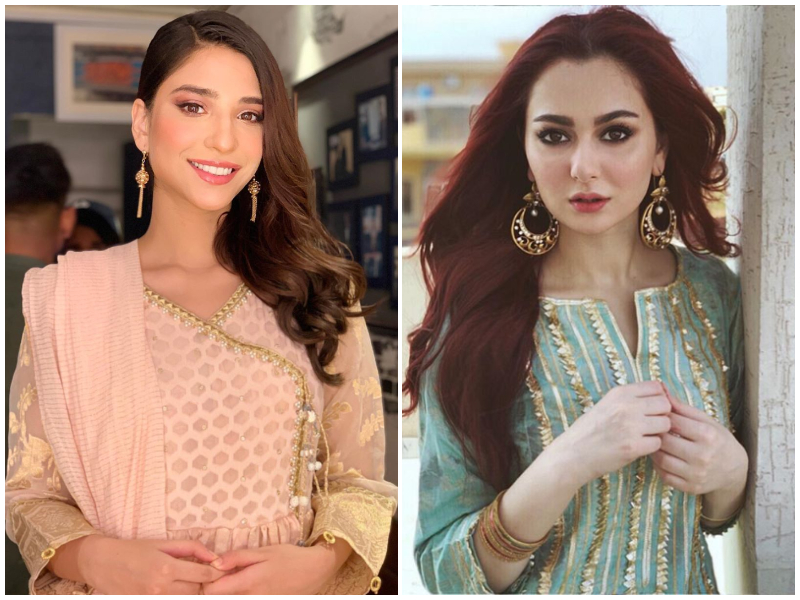 After giving us hit drama serials like Balaa and Cheekh recently, director Badar Mehmood is not slowing down. Something Haute has learnt that his next venture — another drama serial produced by Fahad Mustafa’s Big Bang Entertainment — will feature an ensemble cast including Hania Aamir and Ramsha Khan.

According to a press statement, the plotline of the play is based on a serious subject. Ramsha will be a character named Hamna, whose life gets into an unexpected situation and everyone around her bears the brunt of it.

A still from the set of the yet untitled drama serial

“Working with Badar Mehmood was part of my wish list and I am so honoured to get this opportunity at such an early stage of my career,” Ramsha said, adding, “I consider myself extremely blessed when such industry stalwarts put their faith in my acting abilities, along with the immense love from my fans. Every time I get in front of the camera, I try to make sure I don’t let them down.”

Written by acclaimed writer Mohsin Ali, who has given a masterpiece like Aisi Hai Tanhayi, the drama serial will also feature Gohar Rasheed and is scheduled to air on ARY Digital in the last quarter of 2019.

Something Haute has learnt that Feroze Khan is playing the male lead in the drama. Keep watching this space for an exclusive conversation with Feroze about it.