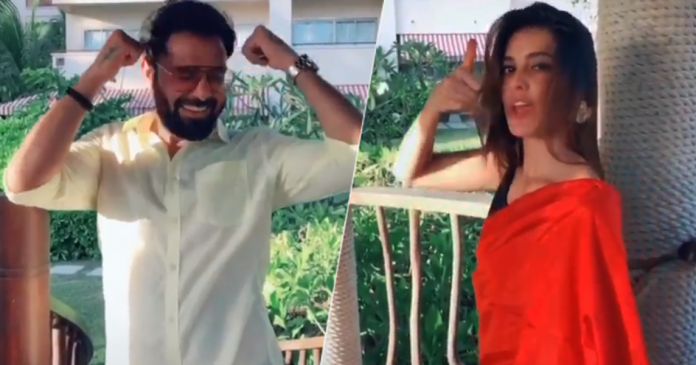 TikTok has taken the entire world by storm and there’s no doing that it has become a source of entertainment for countless people.

Although, the Jeeto Pakistan Fahad Mustafa thinks unlike and encourages people to be productive.

Well, from the looks of it, it seems that people couldn’t care less of Mustafa’s suggestion. ( Lol)

After Hania Amir, the newly married couple Iqra Aziz and Yasir Hussain made this extremely cute Tiktok while honeymooning.

Yasir Hussain is famous for his witty and humorous captions that win the hearts of his fan. 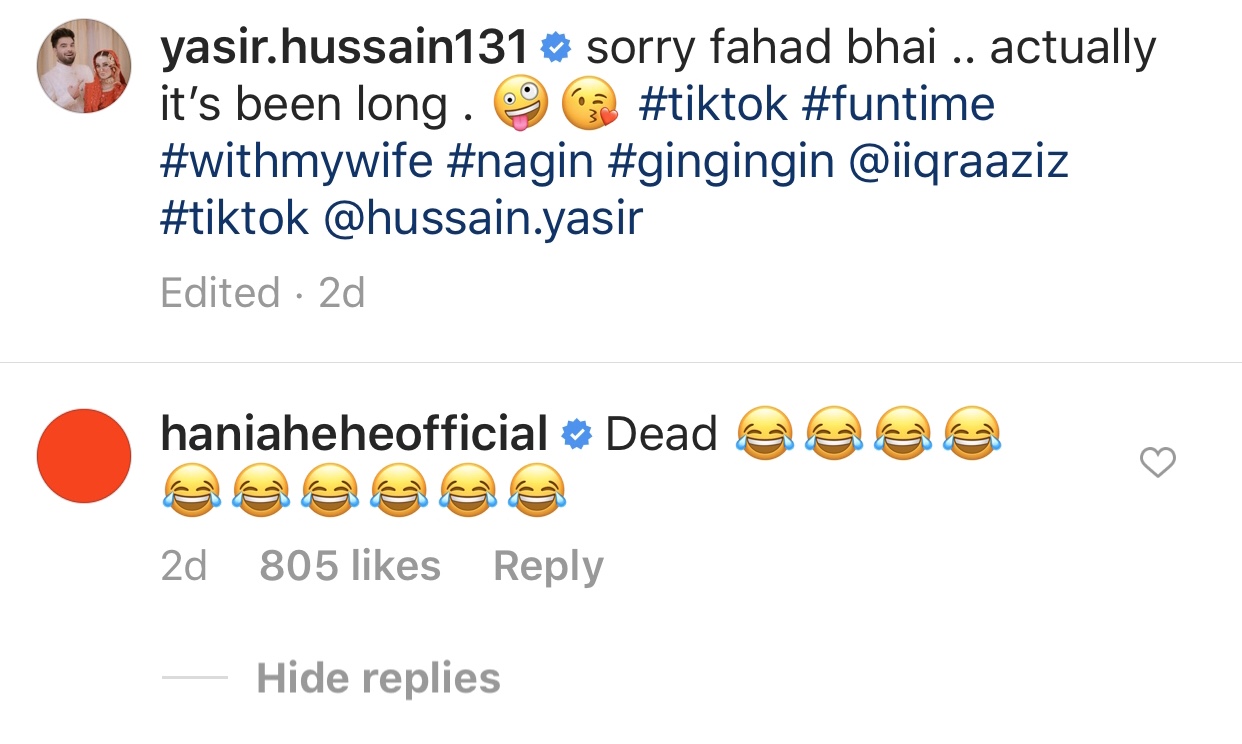 Yasir Hussain also shared this very filmy TikTok and it looks like the two are always having a ball making these.

There is no denying that Iqra Aziz Hussain and Yasir Hussain have become the most talked-about couple in the country.

Have a look at Iqra Aziz who’s an epitome of grace in this red saari lip-syncing actress Sri Devi.

The duo are currently vacationing on a beautiful tropical location and their pictures are giving us major travel goals. Although they didn’t disclose the location, but Iqra dropped a subtle hint in one of her vacation photos. She captioned it ‘Swadika’ which is a Thai greeting.

The couple tied the knot in an intimate ceremony on December 28, 2019. Their beautiful day-time wedding ceremony had an old-school vibe to it and was attended by friends and family members.

The couple has been the talk of the town ever since Yasir popped the question publicly to Iqra at the Lux Style Awards 2019.

They are also set to share the screen in upcoming drama Jhooti. After their public proposal, this is the first time the couple will be working on a project together.

Let us know how much you love these videos shared by this witty couple.