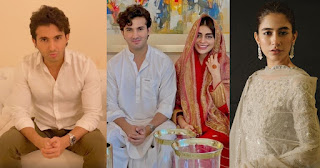 Pakistani actors Sadaf Kanwal and Shahroz Sabzwari tied the knot, after months of rumours of their relationship had been rife on social media. 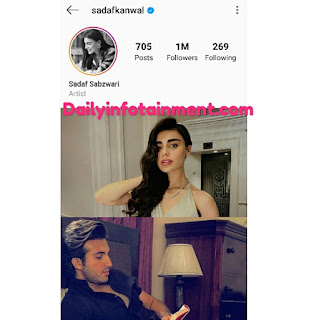 Photos of the couple’s nikkah ceremony had been circulating on social media, and the news was confirmed after the model changed her name on Instagram from Sadaf Kanwal to Sadaf Sabzwari and also posted pictures from the intimate ceremony. Shahroz too announced the marriage for his fans and followers on Instagram, as he posted pictures with the caption, “Alhamdulilah.”

View this post on Instagram
#ShahrozSabzwari releases a video defending his second marriage to model #SadafKanwal, clarifying that he and ex-wife #SairaYousuf separated and divorced due to irreconcilable differences, and that no infidelity was not the reason behind his divorce, nor was Sadaf responsible for it. He further added he is making this video not only to defend himself, his marriage and his family, but also for his daughter who will ask him when she’s older what this situation was about. 👊 @shahrozsabzwari
A post shared by Daily Infotainment (@dailyinfotech) on Jun 1, 2020 at 11:24am PDT