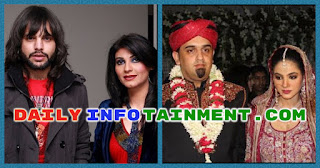 There have been so many divorce cases in the Pakistani showbiz industry recently that it now seems like divorce is a trivial matter. Celebrities marriage news is circulating while within few days later it their separation news take lead. Today we are going to tell you about 5 actors whose marriage lasted only a few months.

Famous actress Nimrah Khan got married in Lockdown with the consent of her family. Nimrah marriage did not last long and the divorce took place within a few months. Nimrah’s family confirmed the divorce of the actress.

Famous singer Fareeha Pervez and Noman Javed were married in 2016 and both are the most famous celebrities in the industry. But unfortunately their marriage did not last long and in the same year Fareeha filed a case for khula. Fareeha had accused Noman of torturing her.

Well known actor Asad Siddiqui first marriage was to Mahum Babar while now he is happily living his married life with actor Zara Noor Abbas. Assad and Mahum were married in 2014, but separated a few months later.

Famous host Maya Ali was married to a man named Wasim Maulana in 2012. But due to bad relations between their families, the divorce was consensual.

Singer Aini Khalid was married to Malik Norid Awan, the owner of an airline, but their marriage did not last long. They got married in 2012 but then divorced and thus their relationship ended.