Armeena Khan Response to a Marriage Proposal is Winning Hearts 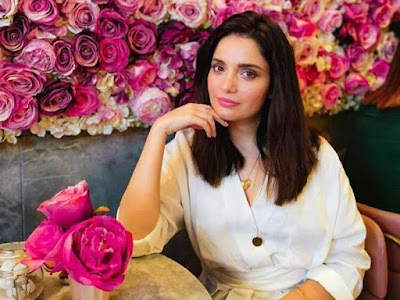 Leading actress of Pakistani drama and film industry Armeena Khan surprised everyone by giving an interesting answer to the person offering marriage proposal.

Armeena Khan is very active on social media and even tries to respond to every comment made by her fans on her posts. However, the other day a fan asked the actress a question to which she humbly replied which is winning the hearts of the fans. A user named Altaf wrote on Twitter offering marriage to Amina Khan, “I want to marry you” to which Armeena Khan replied in such a way which closed the topic. She said, ” I am married.

Armeena Khan impressed the social media users in such a way that they couldn’t not stop themselves by praising the actress.
One user said that if the actress had wanted, she could have answered this question in a negative way like other girls, but she did not do so and responded with respect.
Another user said that the manner in which Armeena Khan responded to the fan is commendable because everyone has feelings and emotions and she also expressed her position while respecting the person in front of her.

Armeena Khan has acted in super hit films like Bin Roe, Janan, Yalgar and Sher Dal and also in several dramas and these days she is playing a negative role in the drama serial ‘Mohabbatein Chahtein’.