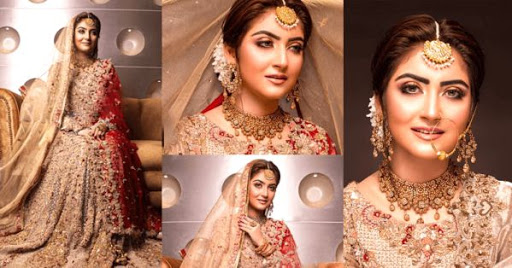 On social media, new pictures of Pakistani actress and model Hiba Bukhari being a bride are going viral. Like always, this time too she is the looking beautiful in bridal looks. Few fans also compared her to Indian actress Sushmita Sen based on her photographs.

Actress and model Hiba Bukhari is 27 year old and she’s still unmarried. Some people believe she should get married right away. She is currently seen in the lead role in Geo TV drama serial Fitoor with actor Faisal Qureshi. Fans admires her natural acting skills. 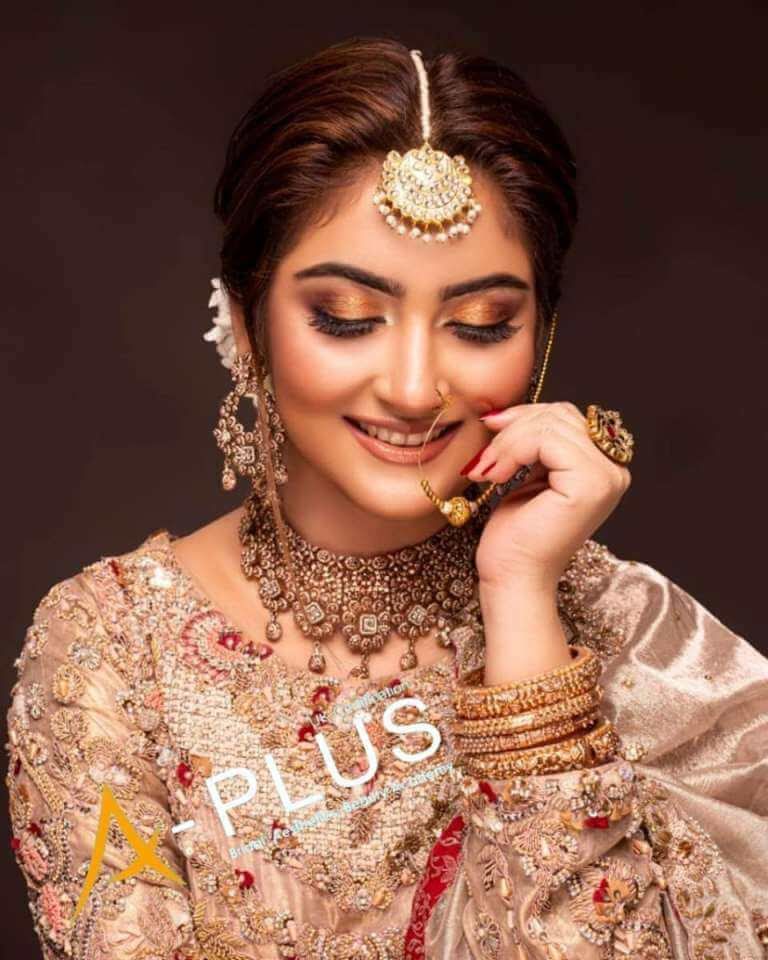 Hiba Bukhari does not yet have an official Instagram account, making it impossible to keep up with her updates. She has mentioned in interviews that she prefers to spend time with her family after the shoot. That is why, despite her success in showbiz industry, she has yet to make friends. And it’s possible that’s why she avoids attending celebrity events.

let’s take a look at her most recent bridal photoshoot of Hiba Bukhari. 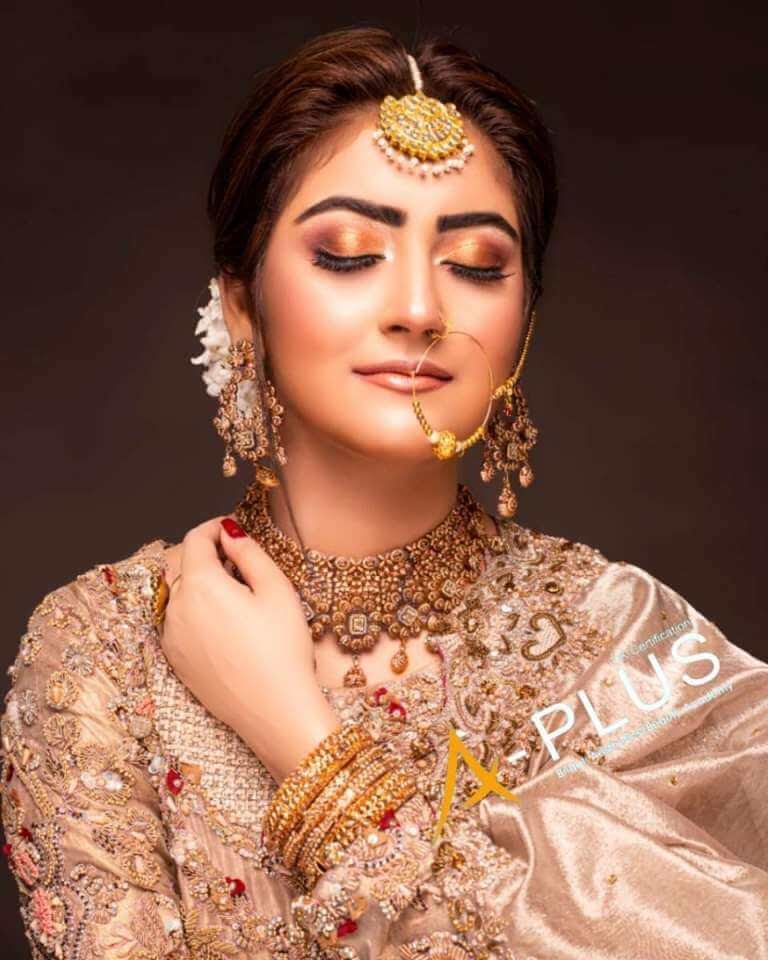 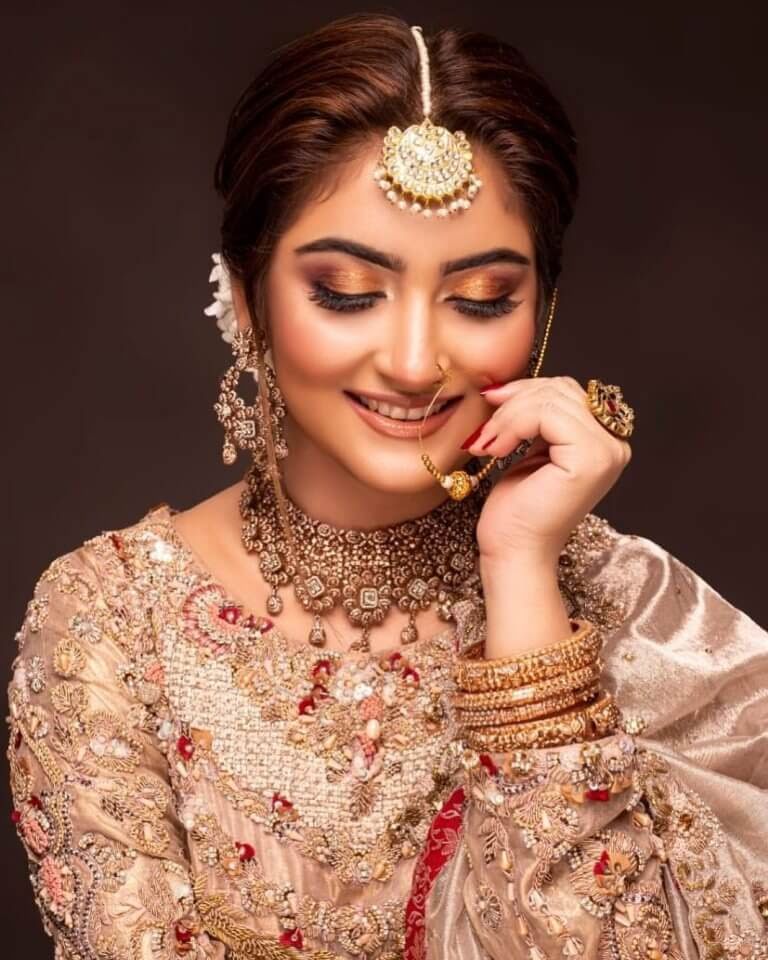 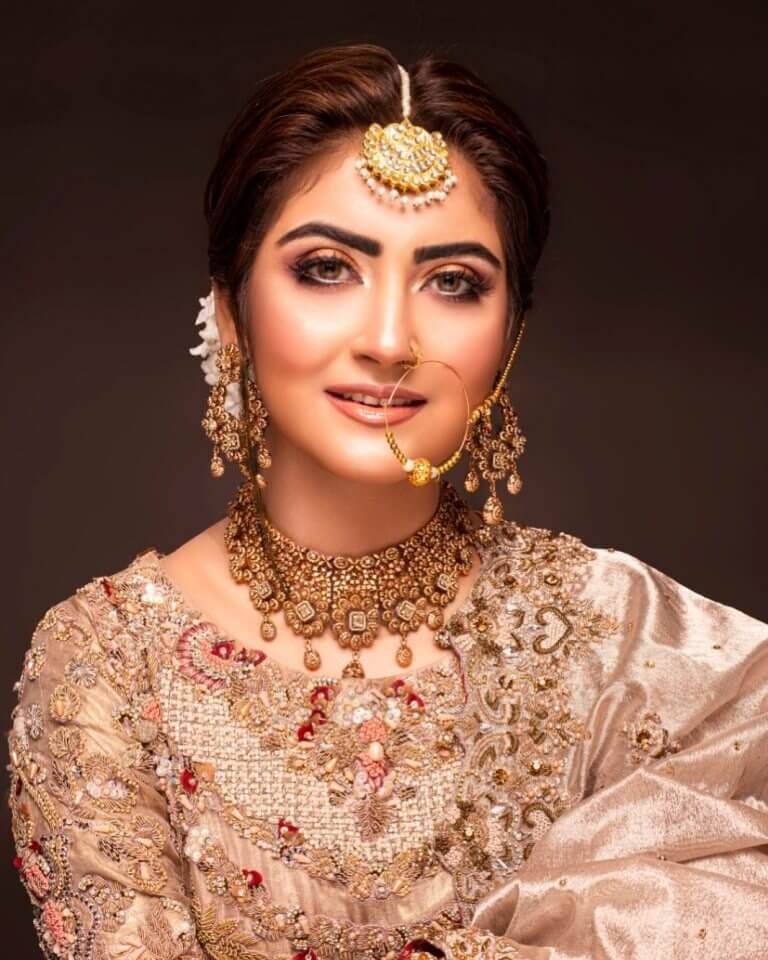 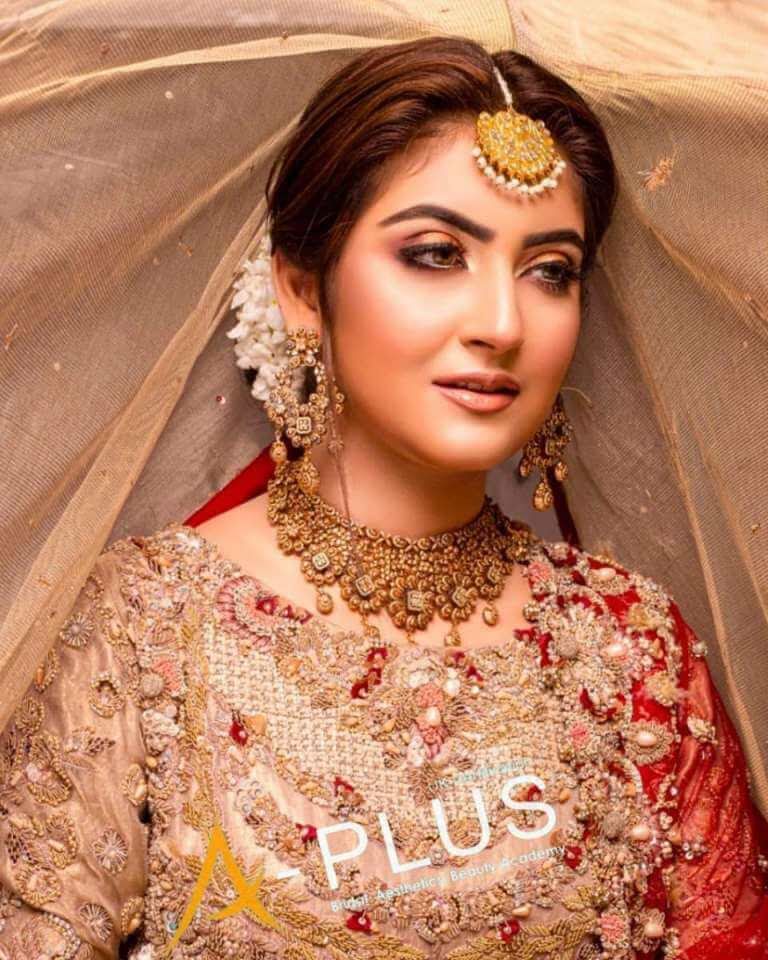 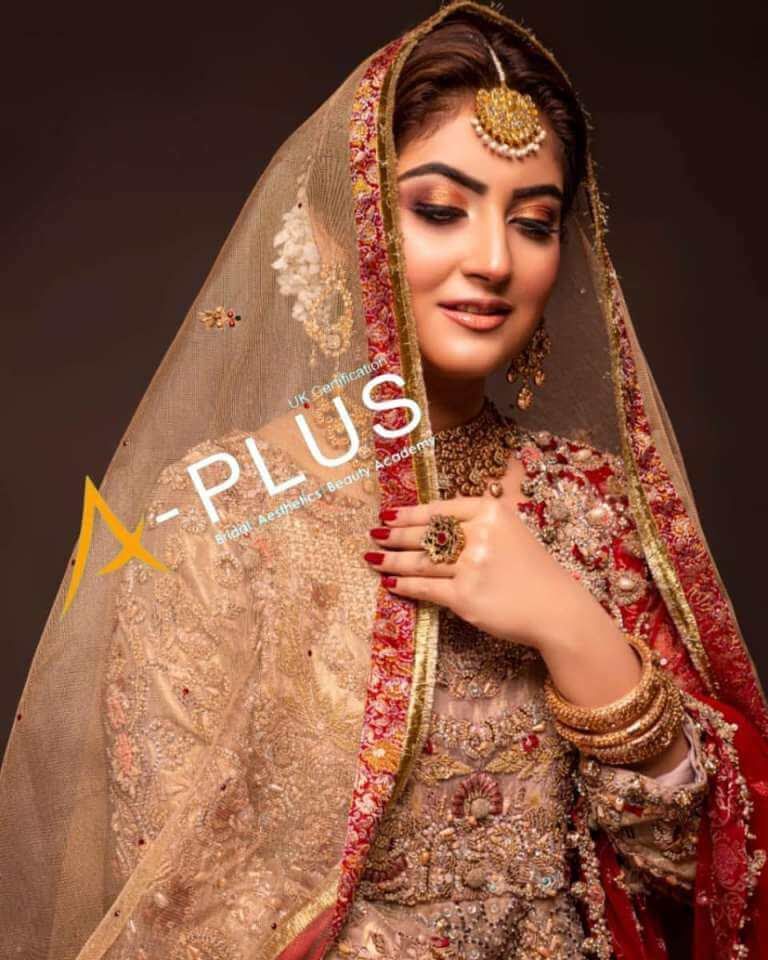 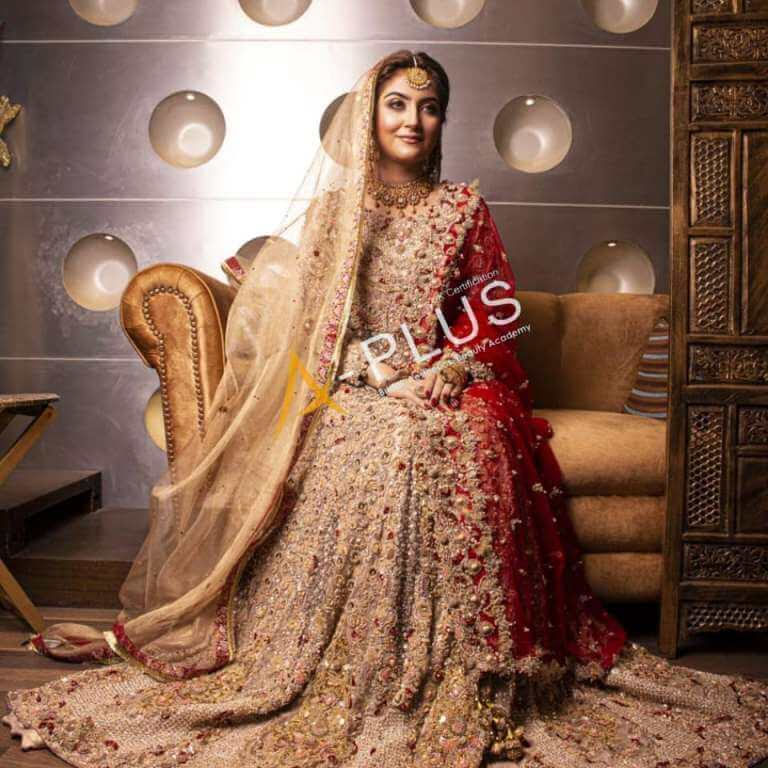 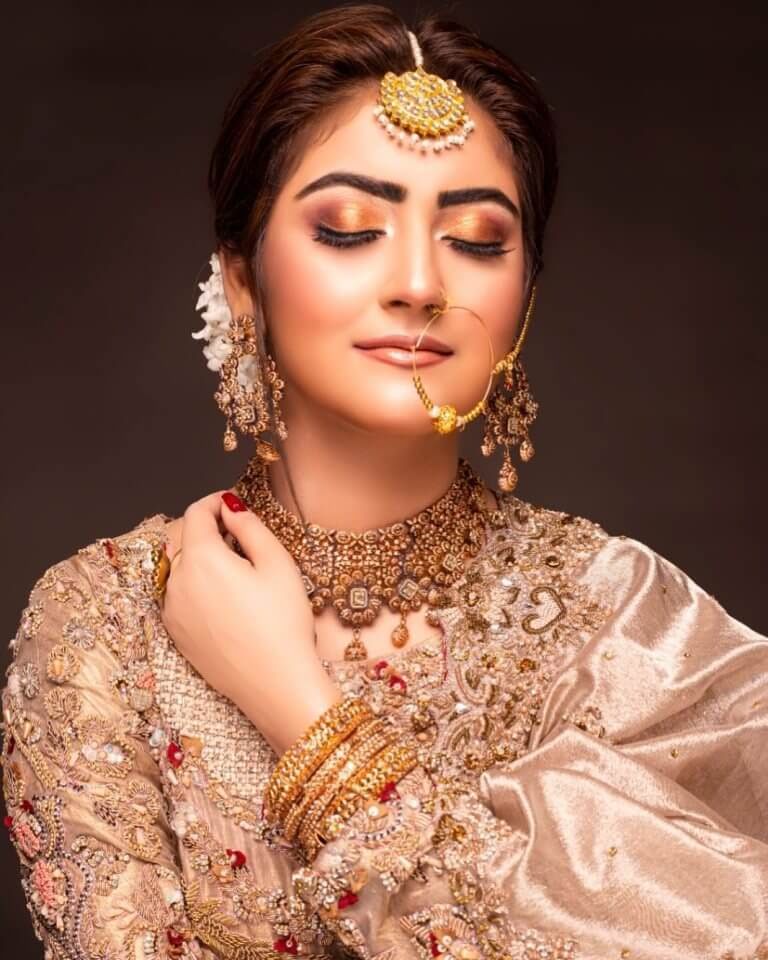 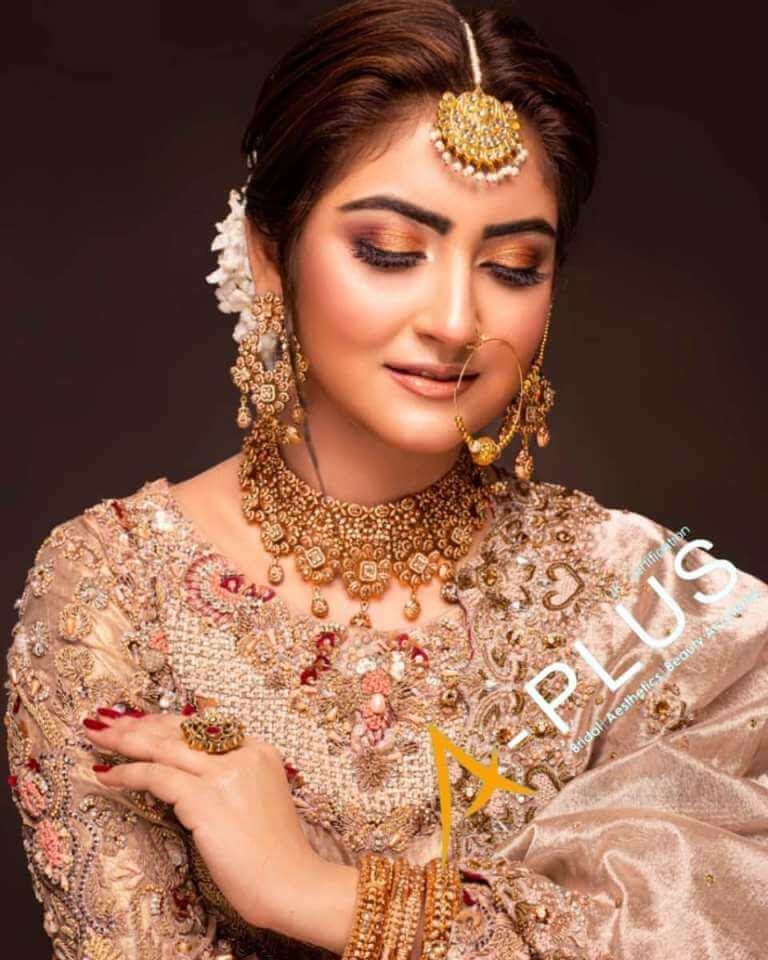 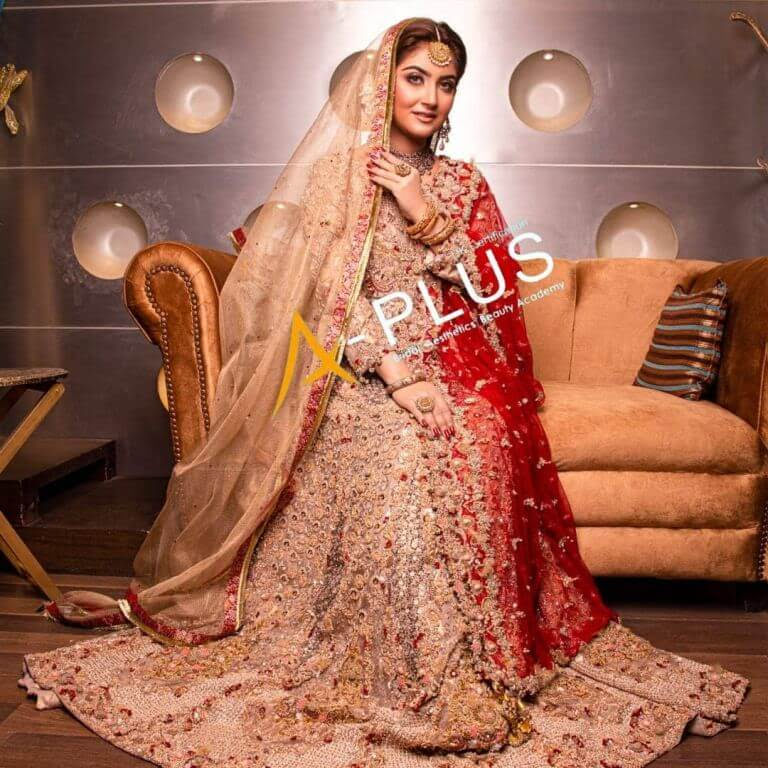