Ranbir Kapoor and Alia Bhatt, the most popular couple in Bollywood, have married. The pair married in a modest ceremony at their house, Bandra Residence, after five years of dating. The stars began their nuptial celebrations with a lavish mehndi ceremony, followed by a large day and a glittering reception. Alia Bhatt was seen at the airport showcasing her post-marriage glow after they wrapped off their special days. 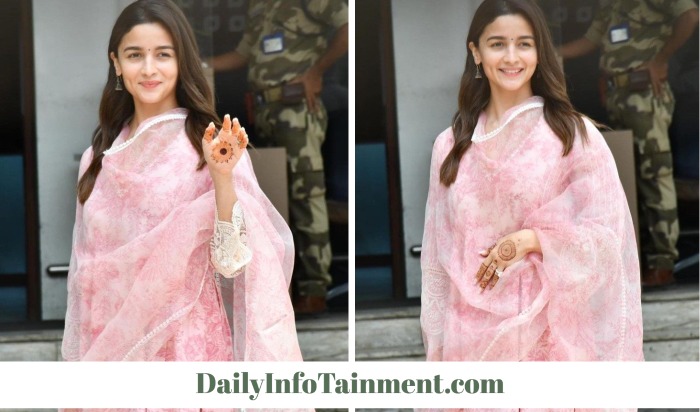 Alia Bhatt is one of Bollywood’s top stars. The Indian actress is a well-known international star. Alia has starred in a number of successful Bollywood films since her debut in Karan Johar’s Student of the Year in 2012. With excellent performances in blockbuster films like Highway and Gully Boy, the gifted young actress earned many admirers. Her most recent film, Gangubai Kathiawadi, is a box office success. The actress has also just revealed that she will be making her Hollywood film debut in the film Heart of Stone, which will feature Gal Gadot and Jamie Dornan.

The Kalank actress married well-known actor Ranbir Kapoor, son of late legendary actor Rishi Kapoor, only a few days ago. On their wedding day, the Brahmastra couple looked effortlessly lovely. The Raazi actor is sighted by the media at the airport after wrapping up their wedding in a modest baby pink attire. She has a natural beauty about her.