Sarfaraz Ahmed, together with his wife Syeda Khushbakht and son Abdullah, recently starred in GMP’s ‘Shan-e-Suhoor’. 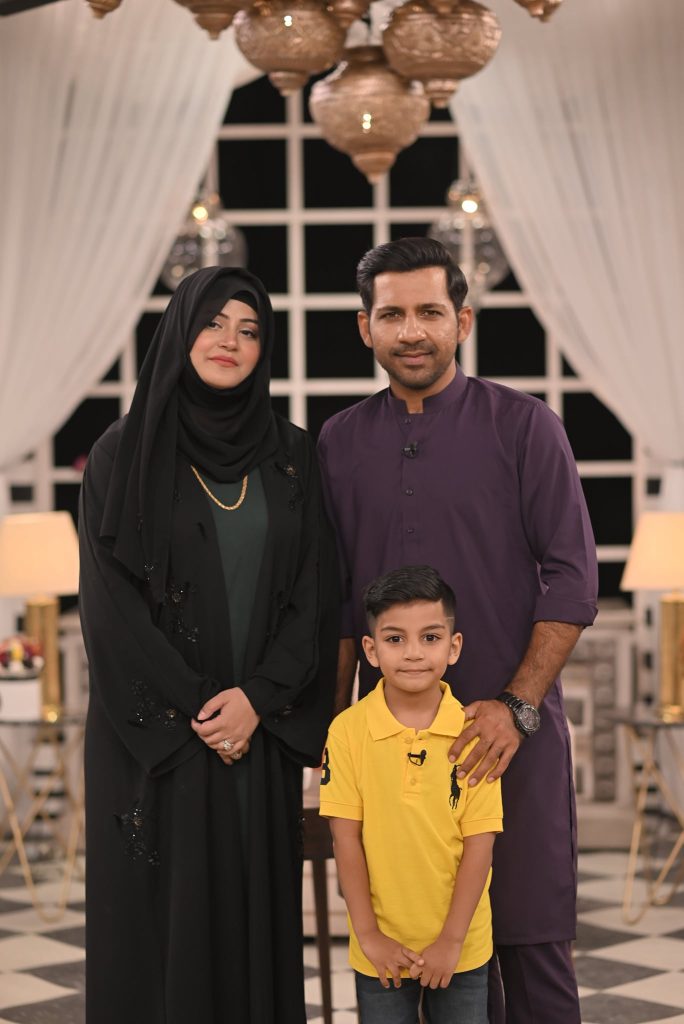 Sarfaraz Ahmed said during his revelation of how he met his wife, “I met her for the first time in 2010.” We were engaged in 2012 and married in 2015. Her brother used to play cricket with me in under 12 competitions, and I also knew her father as an umpire, so I already had a strong relationship with her family.” 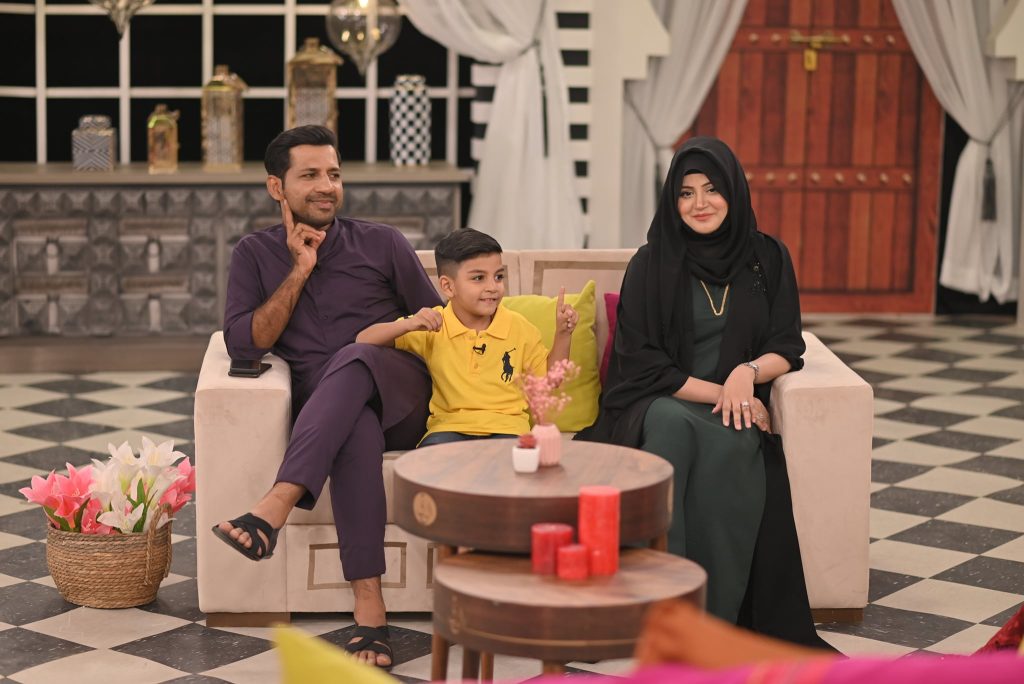 “I went to her home in 2009 to see a buddy, and it was the first time I met her. “What drew me to her was her purity,” Sarfaraz said. “My family did not inquire about the proposal and accepted it on behalf of his family. “I was aware of who he was and was pleased with my family’s choice,” Sarfaraz’s wife said.