Aiman Khan is one of Pakistan’s most renowned actresses. She has become well-known because of her endearing looks and inherent acting talent. She started her acting debut in 2012 with Mohabbat Jaye Bhar Mein and afterwards as a supporting actress, she has participated in a number of Hum TV series. Check Also Aymen Saleem Enchanting Pictures from London

Aiman Khan is married to actor Muneeb and is a proud mother of a daughter Amal. She also remains active on social media. Aiman is also a recipient of the award of most followed celebrity in Pakistan. She has a fan base of over 10 million followers on Instagram.

As a young artist, Aiman Khan launched her career and hasn’t looked back since. Along with acting, she is also an ideal choice for fashion brand shoots. Nowadays, she is fully committed to her family and occasional appears on TV.

Her most recent wedding shoot with Zain Ali Photography is a certain source of inspiration for the upcoming brides. Aiman Khan certainly looks ethereal while wearing an orange-red bridal, traditional jewellery, fresh flowers in her hair, and henna on her hands. See more stunning images below: 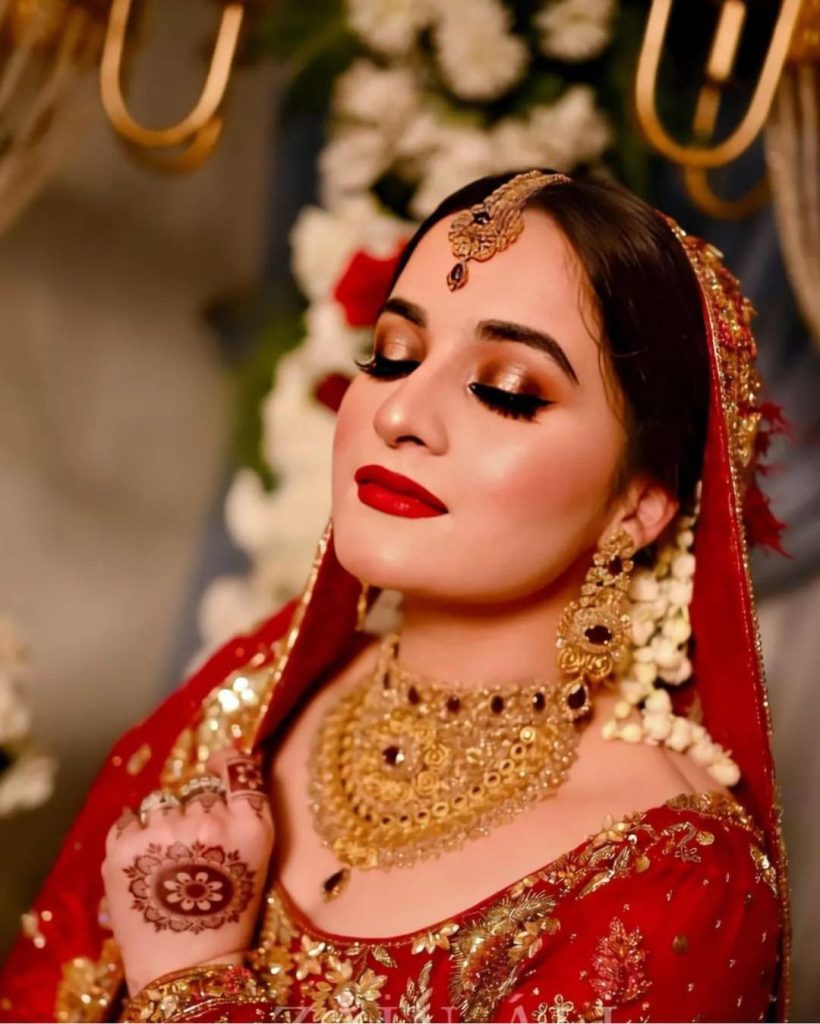 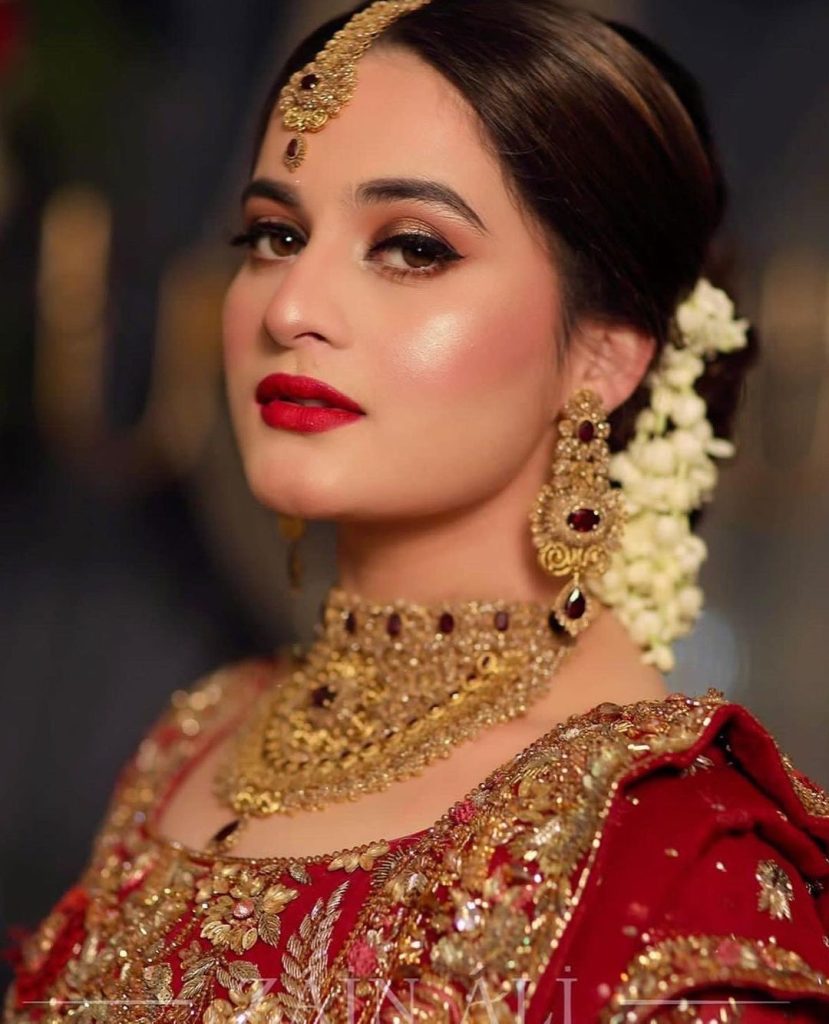 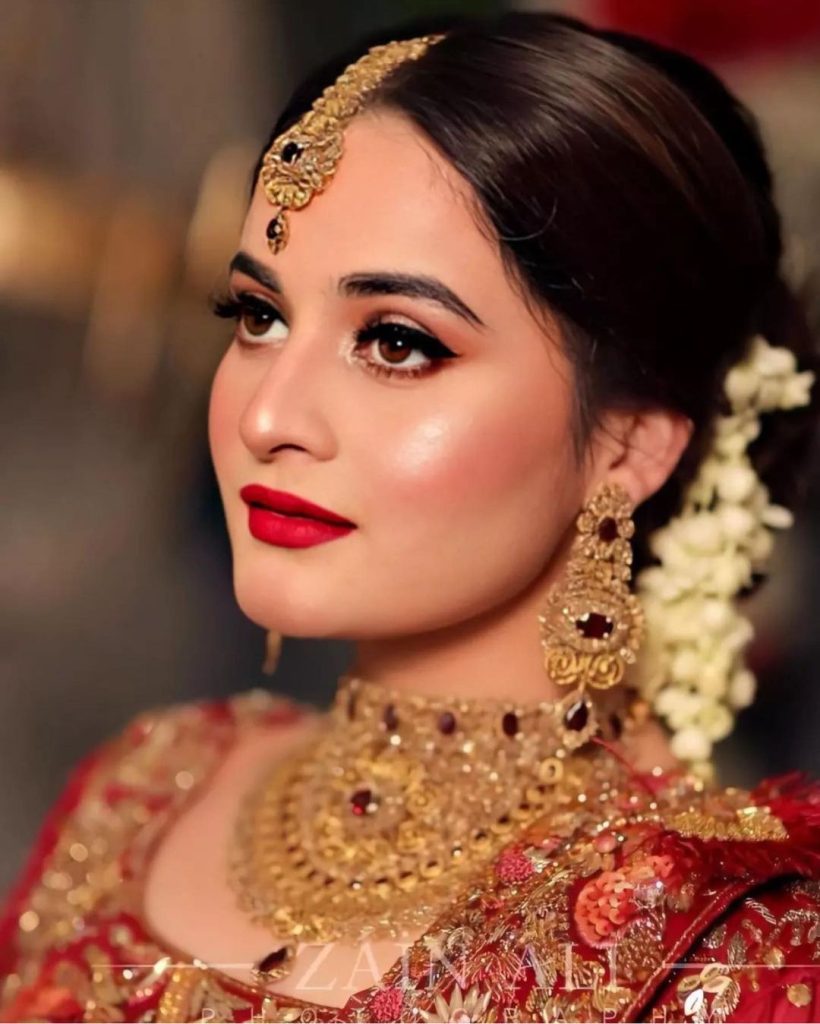 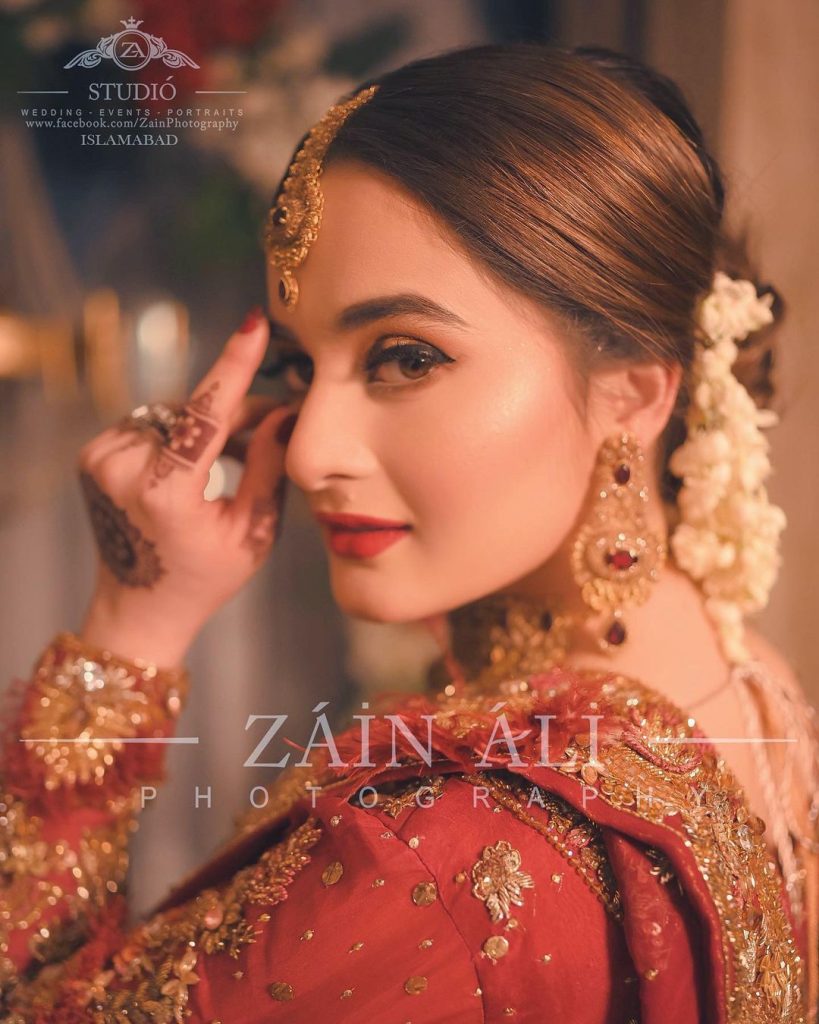 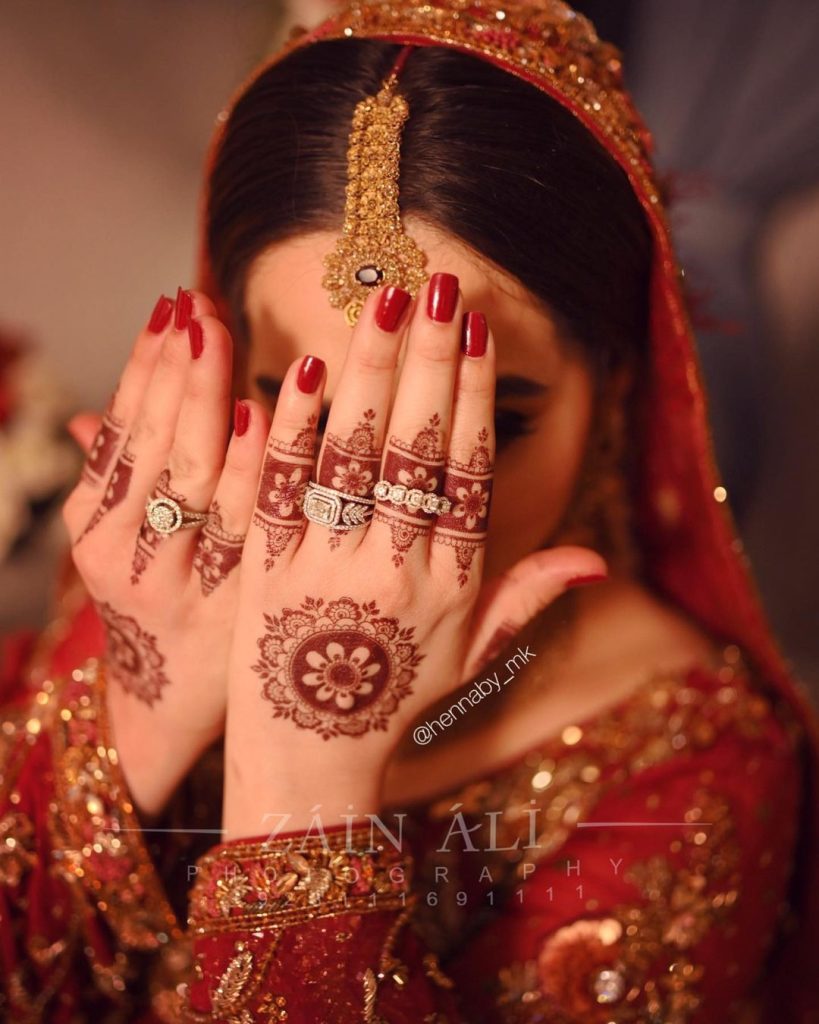 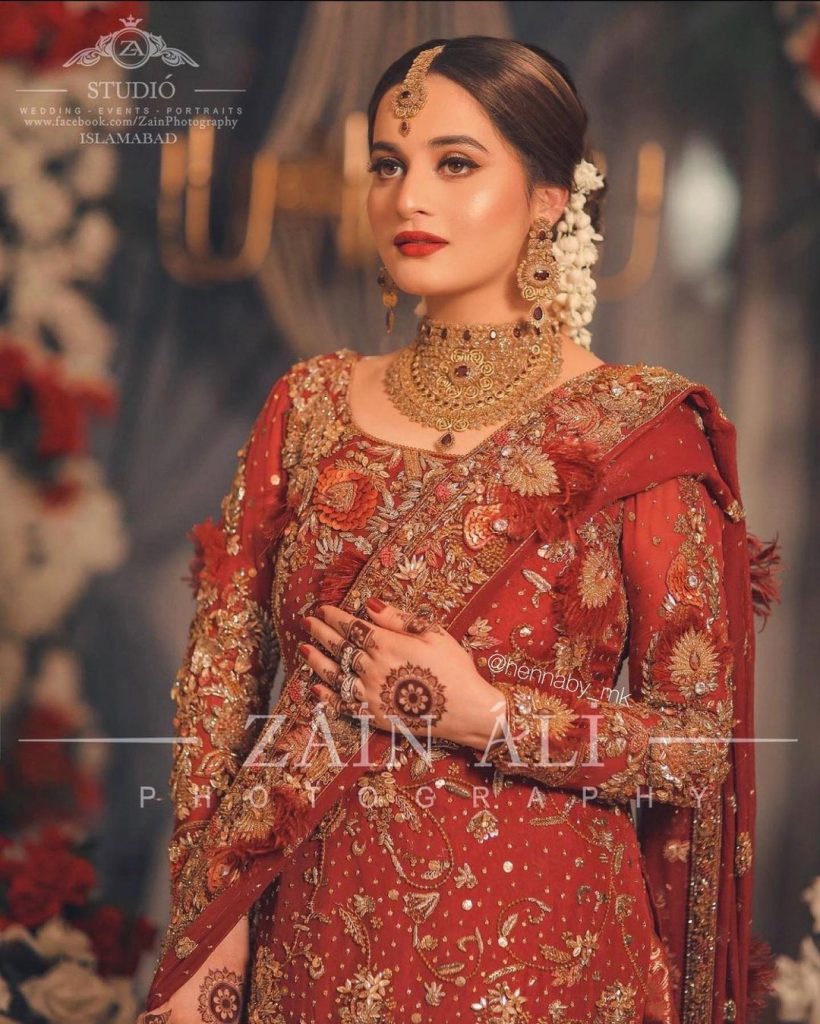 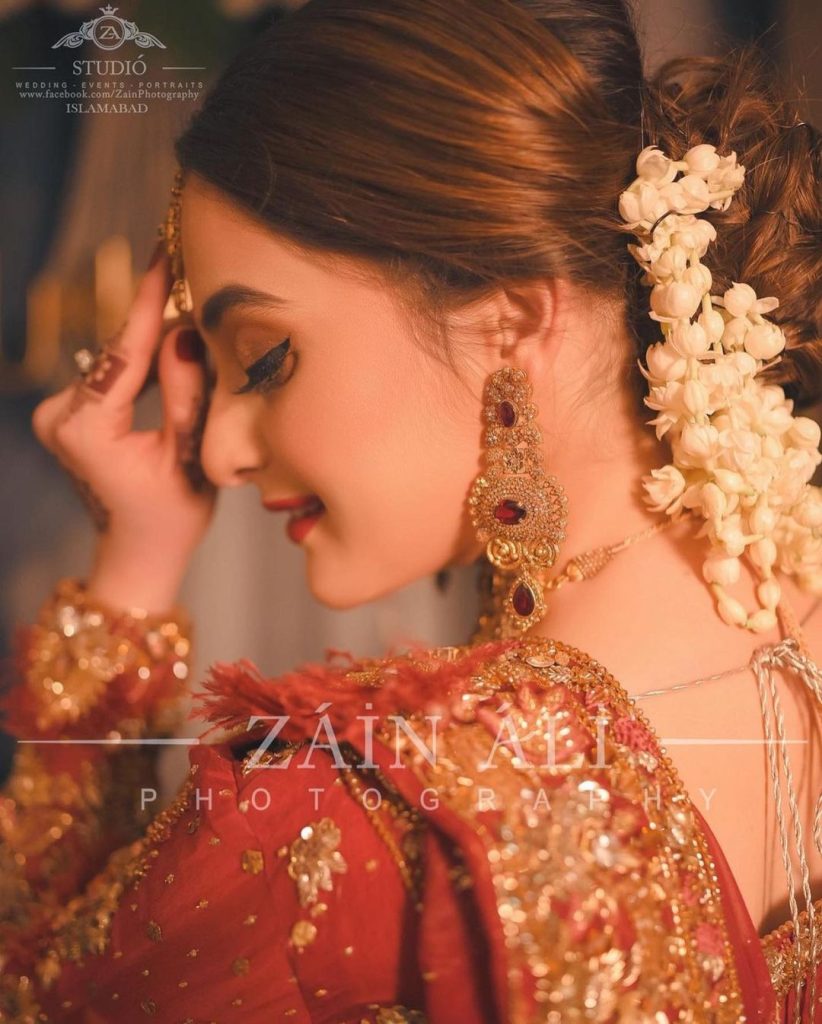 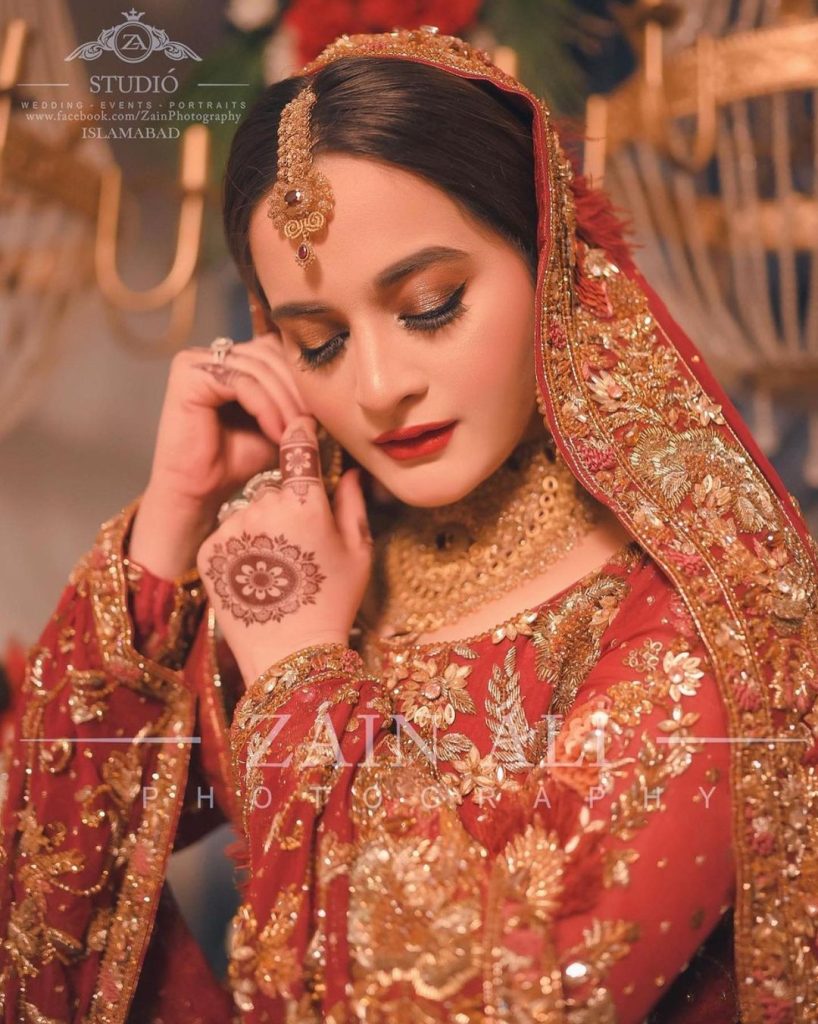 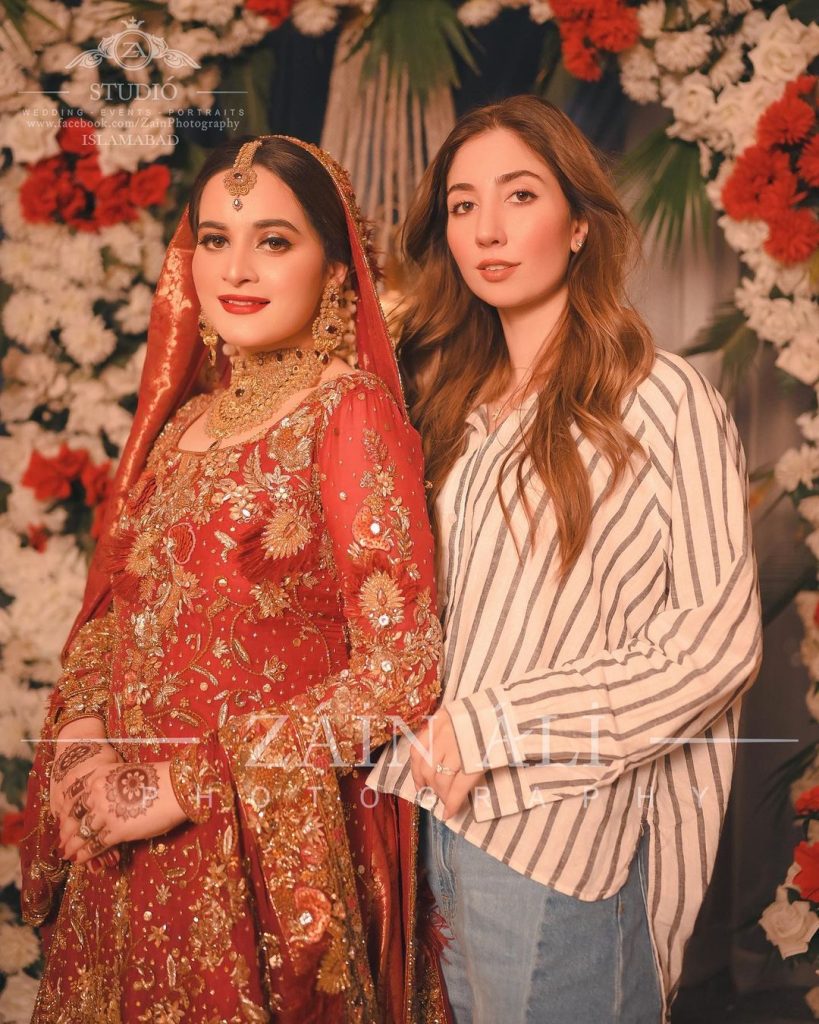 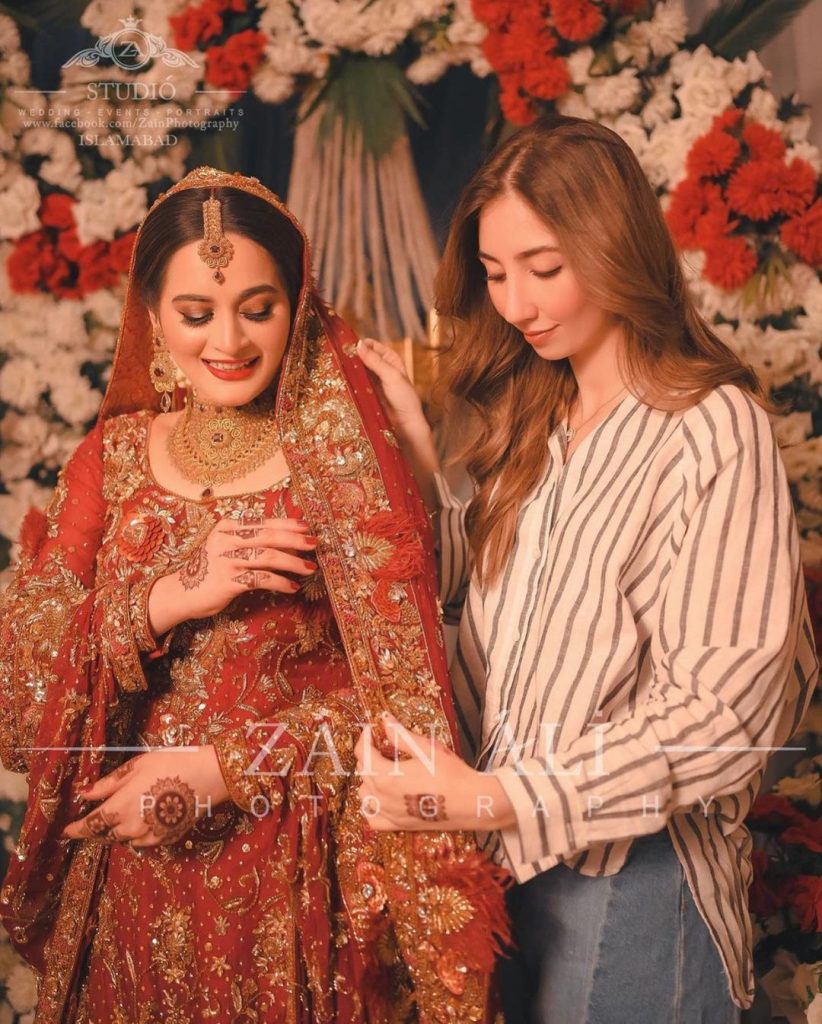 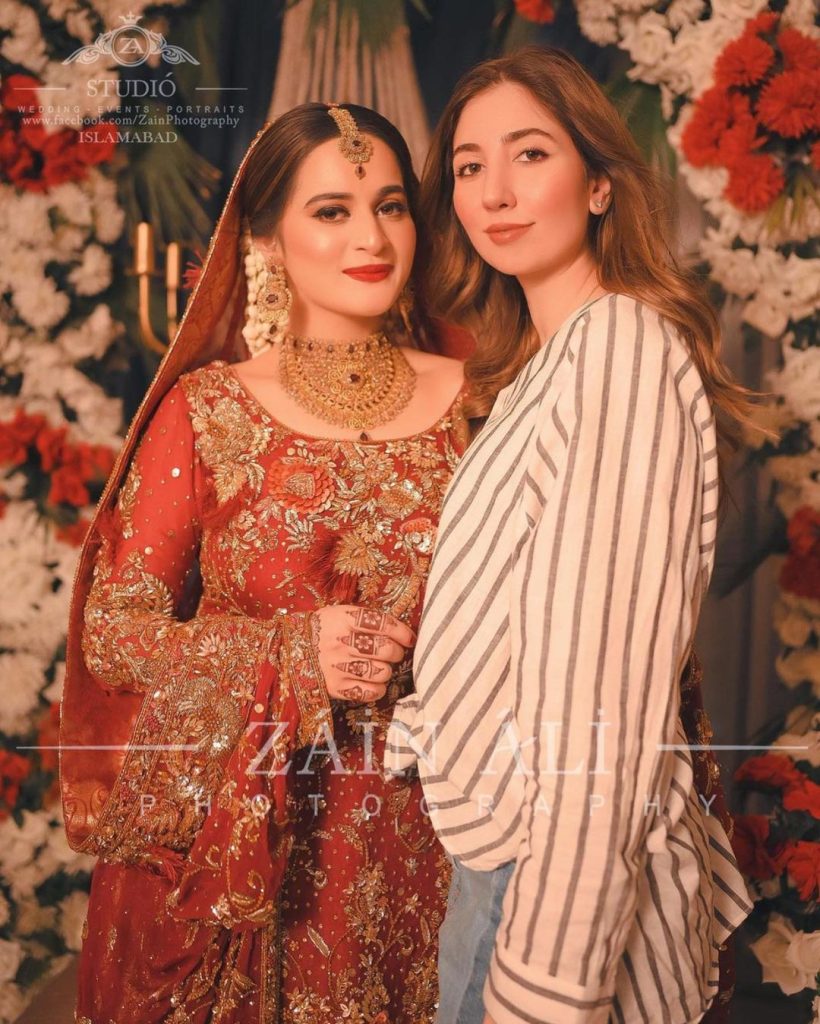