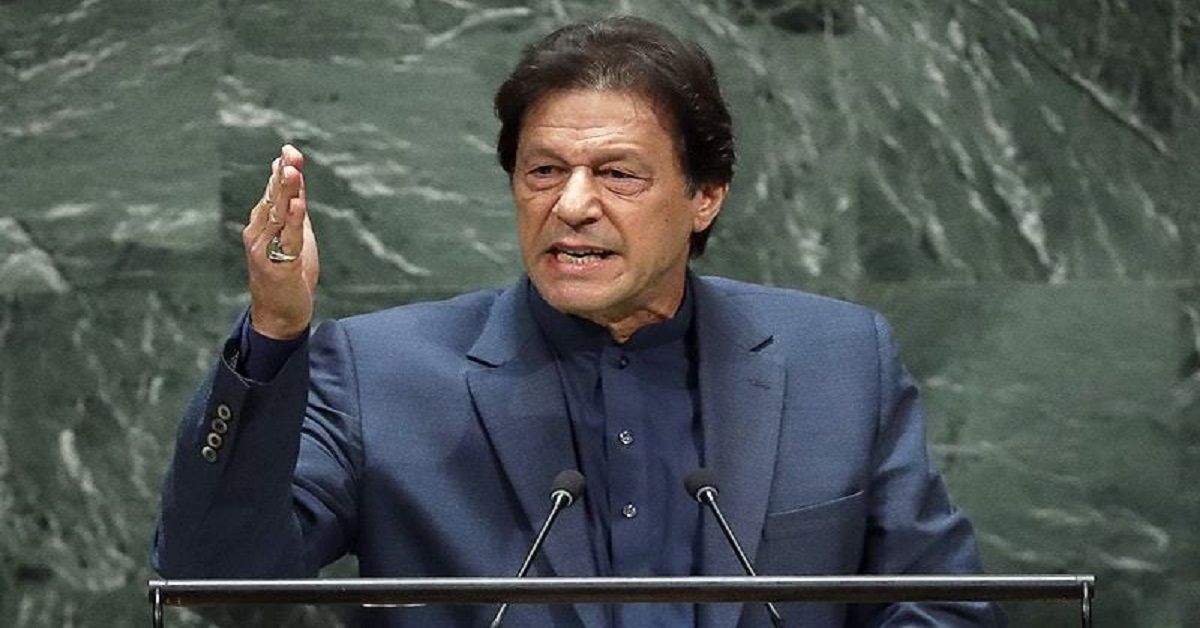 Yesterday Imran Khan, Pakistan’s prime minister, made history at the United Nations General Assembly. Although, the premier exceeded the time limit alloted to each leader to speak, the entire hall listened to IK in a trance. Khan’s command, his authority, his courage and boldness was praiseworthy as he tackled issues of climate change, Islamophobia and finally Kashmir.

Very courageously Imran Khan made his point, Pakistan would retaliate against Indian atrocities in Kashmir if push came to shove. Khan represented strength with ferocity and absolutely burnt down Indians when he laid down the facts about Indian capture of Kashmir, the world had so conveniently ignored.

The entire nation is now standing behind Imran Khan, ready to fight on one call. However, situations across the border are quite different. Khan’s speech has caused major burns for the Indians. The memes trending on social media are absolutely hilarious and killing it.

We picked out a few we liked, which ones do you?

When you know it’s game over for you and all that lying, deception, plotting and manipulation didn’t work 😂