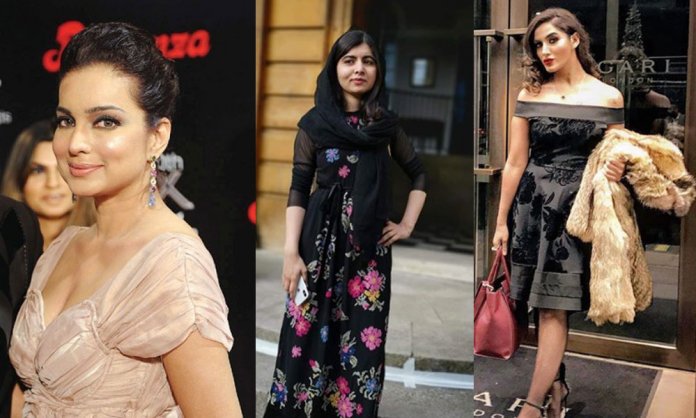 The iPhone 11 has been launched and due to its new design and higher price people are making jokes about it. Malala Yousafzai also trolled iPhone 11 and she wrote, “Is this just a coincidence that I wore this dress on the same day as Apple iPhone 11’s launch.”

Is this just a coincidence that I wore this dress on the same day as Apple iPhone 11’s launch #iPhone11 pic.twitter.com/k6s4WM4HKq

People are just loving her joke and can’t stop admiring it.

😂 @Malala killing it with real-time #AppleEvent tweet. So good.

After going through Malala’s tweet Mathira is upset. She is disappointed by Malala’s inhuman behavior. She believes if she has got time for posting a joke, why can’t she take out two minutes from her life to talk about Kashmir issue?

It’s not just Mathira who feels in this way but there are heaps of people who are questioning Malala for not speaking up for Kashmiris.

When shall there be the coincidence of you speaking for the poor girls of #Kashmir , who haven’t been able to make it to their schools? 😎#Day38CurfewInKasmir #KashmirStillUnderCurfew #KashmirBleeds #KashmirBleeds_WorldSleeps

Your silence is depicting your interest and giving information about your soft corners for Modi!

ak chota saa sawal….!
You stil Alive…….?
Because you not to see what happening in Kashmir…..

Well amazes me that no coincidence happened to u in last 35 days to remind you about the misery & helplessness of those kids who are put in their houses & not allowed them to go school in #Kashmir yet u call u call urself a “voice” for education so called Novel Laureate. #PaidGob

What do you think about this? Let us know in the comments section.