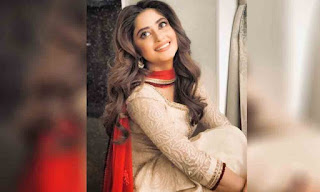 One of the gorgeous Pakistani actresses Sajal Aly has always her game really strong when it comes to acting. Sajal Aly’s Bollywood debut ‘Mom’ with Sridevi created magic at the box office when it was released back in 2017.

But it seems like the Indian audience still cannot get enough of our very own diva.

Recently, it has been revealed that Sajal Aly was offered to perform in a Bollywood movie but declined it to show solidarity with occupied Kashmir.

No Pakistani artist will work in India until the end of atrocities and human right violations in the valley.

Television actors have played a vital role in the revival of the film industry however, the efforts of directors and producers should also be appreciated.

Well, we really need to say that her fans and followers appreciated her decision!