Famous Pakistani Celebrities Who Died Due to Heart Attack 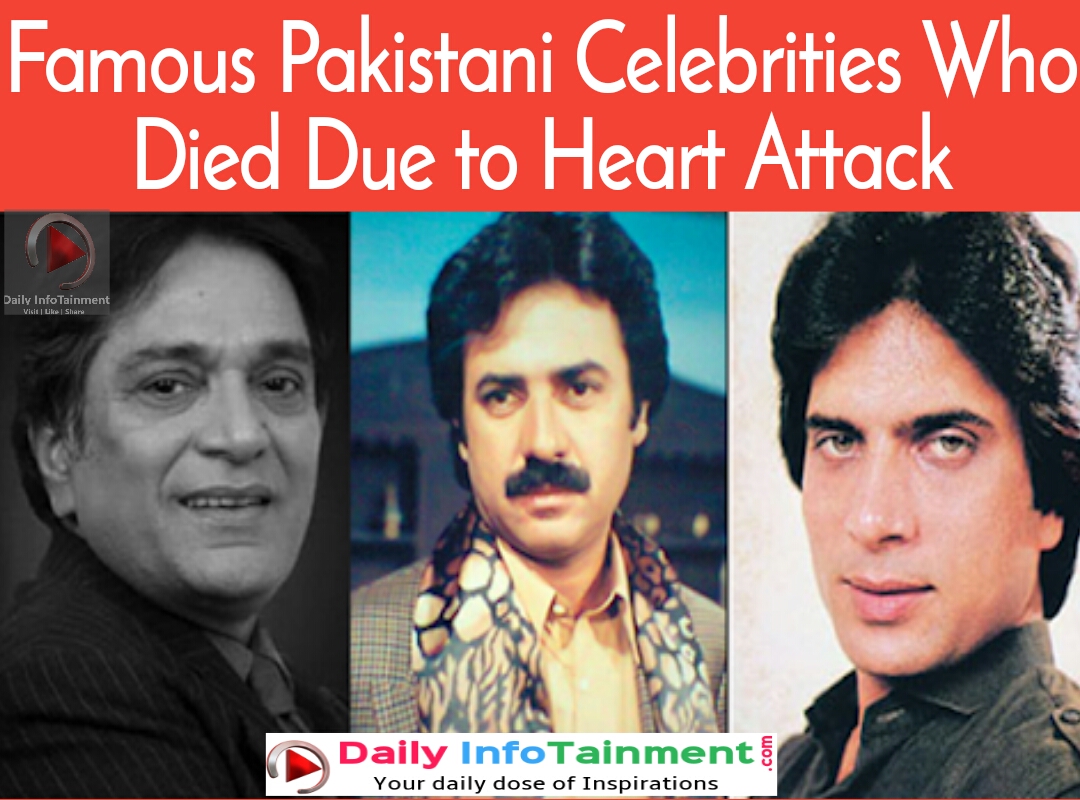 There is nothing which can stop Death. It will come for everyone. There are many stars in the showbiz who lost their lives due to heart attacks. Today we will be sharing details with you regarding famous celebrities who died due to hear attack. We pray that Allah Almighty shower his blessings on them.

Azhar Qazi was a great name in the Pakistani film and drama industry. He was also considered as Amitabh Bachchan of Lallywood. He was regarded as one of the beautiful hero and he worked in both Pashto and Urdu films. But looking at the declining situation of Lallywood films, Qazi himself announced his retirement and started real estate work. He was singing at his birthday wedding function in 2007 when he suffered a heart attack and died two hours later. Hassam Qazi belonged to the Quetta Center and he was also famous for his beauty. He started his career with drama “Khali Hath”. He was fond of acting and he proved himself. When he suffered a heart problem, he shifted to Karachi for his treatment and here he suffered a heart attack and could not recover. He was buried in Quetta and his last play was. “Clay statue” People loved Salim Nasir. He was the reason for success of “Angan terah” and “Un Kahi” (’’آنگن ٹیڑھا‘‘ اور ’’ان کہی ‘‘). His last play was Jungloos (جانگلوس) and he did less dramas in his career but did a very memorable job. He was only forty-five years old and had severe pain in his heart at noon. He shifted to the hospital but now No medical treatment could be given to him and he left the world. It was a sudden shock and his family consisted of two daughters and one son. It was a death that not only mourned the media industry but also the number of fans whose lives were happy due to Moin Akhtar. His sudden death at the age of sixty due to heart blockage. It was his daily routine and he was getting ready to go somewhere but heart attack did not provide any respite at all. What do you think of these stars, let us know in comments below.