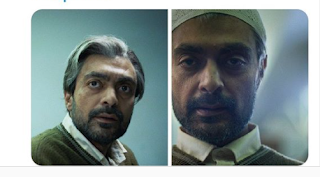 Actor Ali Khan, who gained fame from Pakistani dramas and films, is playing a major role in the new British film ‘Mughal Mowgli’. The film will be released in theaters in the United Kingdom and Ireland on October 30. Renowned Pakistani-born British actor Rizwan alias ‘Riz’ Ahmed is playing the lead role in ‘Mughal Mowgli’. Talking to BBC, Ali Khan quoted ‘Mughal Mowgli’ story revolves around a Pakistani-born British ‘rapper’ who falls ill at a critical juncture in his music career. According to Ali Khan, the film is an attempt to understand the interrelationships of different cultures, collective and individual differences.

This is the story of a Brown family living in London. The events shown in this film take place in the UK, but the thinking that is being talked about can be found in any part of the world. So this story has the potential to impress moviegoers on an emotional level.

Mughal Mowgli’s script has been co-written by director Bassam Tariq and Riz Ahmed. Karachi-born Bassam Tariq, a Pakistani-American, has made several short documentaries before ‘Mughal Mowgli’, which have won awards at film festivals.

Ali Khan is playing the role of the father of Zaheer alias ‘Z’ in the movie Mughal Mowgli. Ali Khan is satisfied that now Pakistani actors are also being cast in international films like ‘Mughal Mowgli’. This is a very positive change.