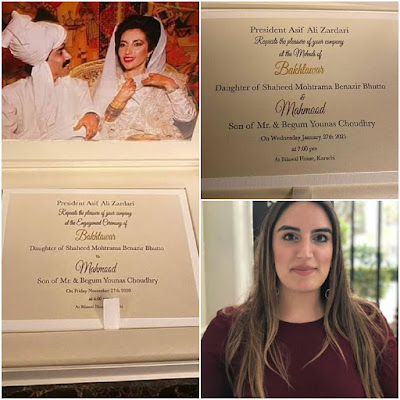 Bakhtawar Bhutto Zardari, daughter of Late Prime Minister Benazir Bhutto and former President Asif Ali Zardari to get engaged with son of US based businessman on Nov 27th 2020 and first wedding event ” Mehndi ” to be held on 27th January 2021 . Details of Bakhtawar Bhutto Zardari Husband (to be) Pakistan People’s Party took to Twitter to clear the air and share information on the mystery guy. According to their Tweet, Mahmood Choudhry is a UAE resident who has his own construction and transport business there.
Mahmood Choudhry is the son of Mohammad Younas and Begum Suraiya Choudhry who hail from the old town of Lahore, Pakistan. Mr Younas migrated to the United Arab Emirates in 1973 where through hard-work he established businesses in the construction and transport industry. He completed his primary schooling in Abu Dhabi and secondary schooling in the United Kingdom. Mahmood further went on to study law at the University of Durham.