Most Searched Pakistani Showbiz Celebrities and Dramas in 2020 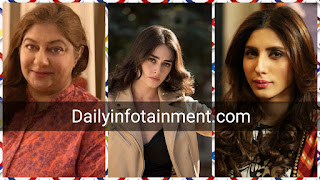 Google, the world’s most used search engine, has released list of the most searched personalities, dramas, web series, various topics related to Corona virus and mobile phones in Pakistan this year. Lets check which all showbiz Celebrities and dramas were popular among Pakistanis this year. This year, Marvi Sarmad was the most searched person among Pakistanis. Marvi Sarmad is also a social worker, political analyst and a journalist. Pakistani actress and model Uzma Khan was in the news for many days for her scandals in 2020, so she was also included in this list. US President-elect Joe Biden, who defeated Donald Trump in the presidential election, was searched by a majority in Pakistan. Alizeh Shah tops the list of Pakistan’s most popular actresses this year. Pakistani singer Falak Shabbir is also the most searched personality. Actress Sara Khan was also among the most Searched Pakistani Showbiz Celebrities. Her wedding with Falak Shabir was very Trending this year.
The most searched dramas and TV shows in 2020 includes
* Ertugrul
٭ I have you
* Money Heist
٭ Bigg Boss 14
٭ Mirzapur Season 2
* Insanity
٭ Kuruluş Osman
٭ Ehd e Wafa
* Joker
It should be noted that Google releases this list at the end of each year, which shows the interest of people in various topics. People search for information about their favorite dramas, actors, movies, mobile phones and events.