​​realme Reveals Sajal Aly as the Face of realme 9 Series

Pulling out all stops, realme has just announced a collaboration with a heavy hitter of Pakistani film and television, Sajal Aly, as the brand ambassador for its new realme 9 Series. This is an exciting development as this marks the first time in Sajal’s illustrious career that she has ever partnered with a smartphone brand and realme is a brand that is passionate about collaborating with the movers and shakers of tomorrow like Sajal herself. 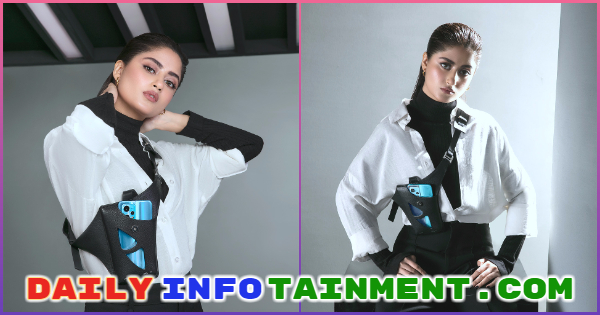 The revelation of realme’s association with Sajal came at the helm of realme Design Studio’s collaboration with HELIOT EMAIL – a Danish fashion brand that has designed a trendy leather satchel for realme 9 Pro+ which debuted at the Paris Fashion Week. Sporting the bag, Sajal is captured in a never-before-seen avatar that has her fans and the social media at large go gaga on her look.

​​realme Reveals Sajal Aly as the Face of realme 9 Series

realme has become a force to be reckoned with since its entry into the market in 2018. The astounding line of products that the smartphone brand has in its arsenal has earned it the reputation of being a tech-trailblazer and tech-democratizer. With each successive iteration of the realme Number Series, consumers are given access to increasingly innovative technology but at an economical price. The commitment to performance that is so integral to realme is shared by Sajal as evidenced by her impressive body of work in the entertainment industry. 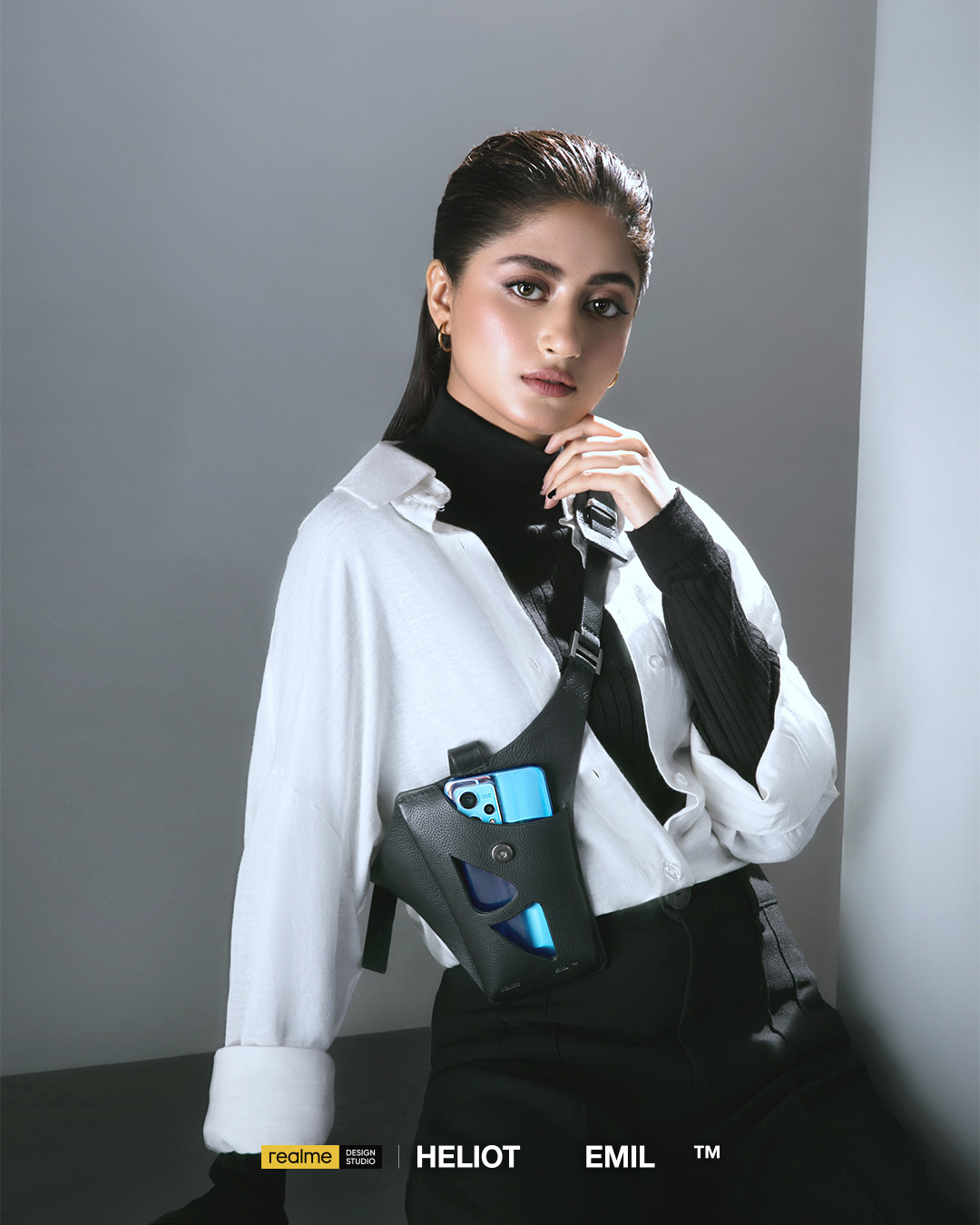 Sajal Aly made her acting debut in the 2009 sit-com Nadaaniyan after which she has gone on to be a part of a plethora of popular television projects such as Mere Qatil Mere Dildar and O Rangreza. In 2012, she expanded her repertoire to include telefilms when she appeared in O Meri Billi. Sajal is a perfectionist when it comes to acting as she fully immerses herself into each of her characters in order to give the best performance she can. She is also an incredibly versatile actress as her body of work consists of a variety of serious, thought-provoking roles mixed in with more conventionally entertaining or humorous roles. 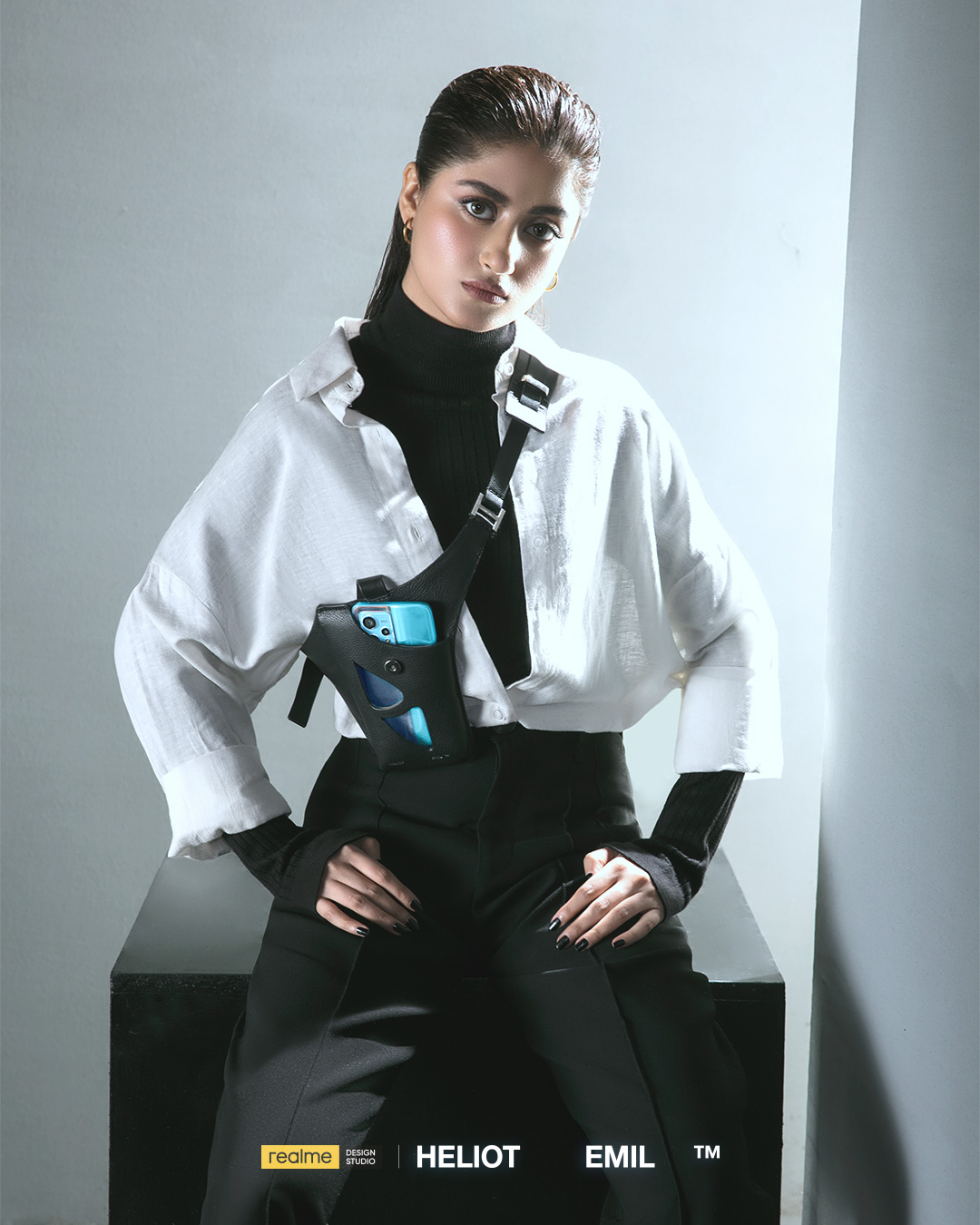 It was only a matter of time before she found her way onto the silver screen with 2016’s Zindagi Kitni Haseen Hai. Her talent started making waves overseas and in 2017 she made her Bollywood debut in the social drama Mom. She is now set to step into the glitzy Hollywood lights with her upcoming release titled What’s Love Got to Do With It? Sajal has received many accolades in her career for her captivating performances. She was even recognized on the international stage in 2020 with the International Icon Award at The Distinctive International Arab Festivals Awards (DIAFA) for her outstanding contribution to Pakistani film and television. 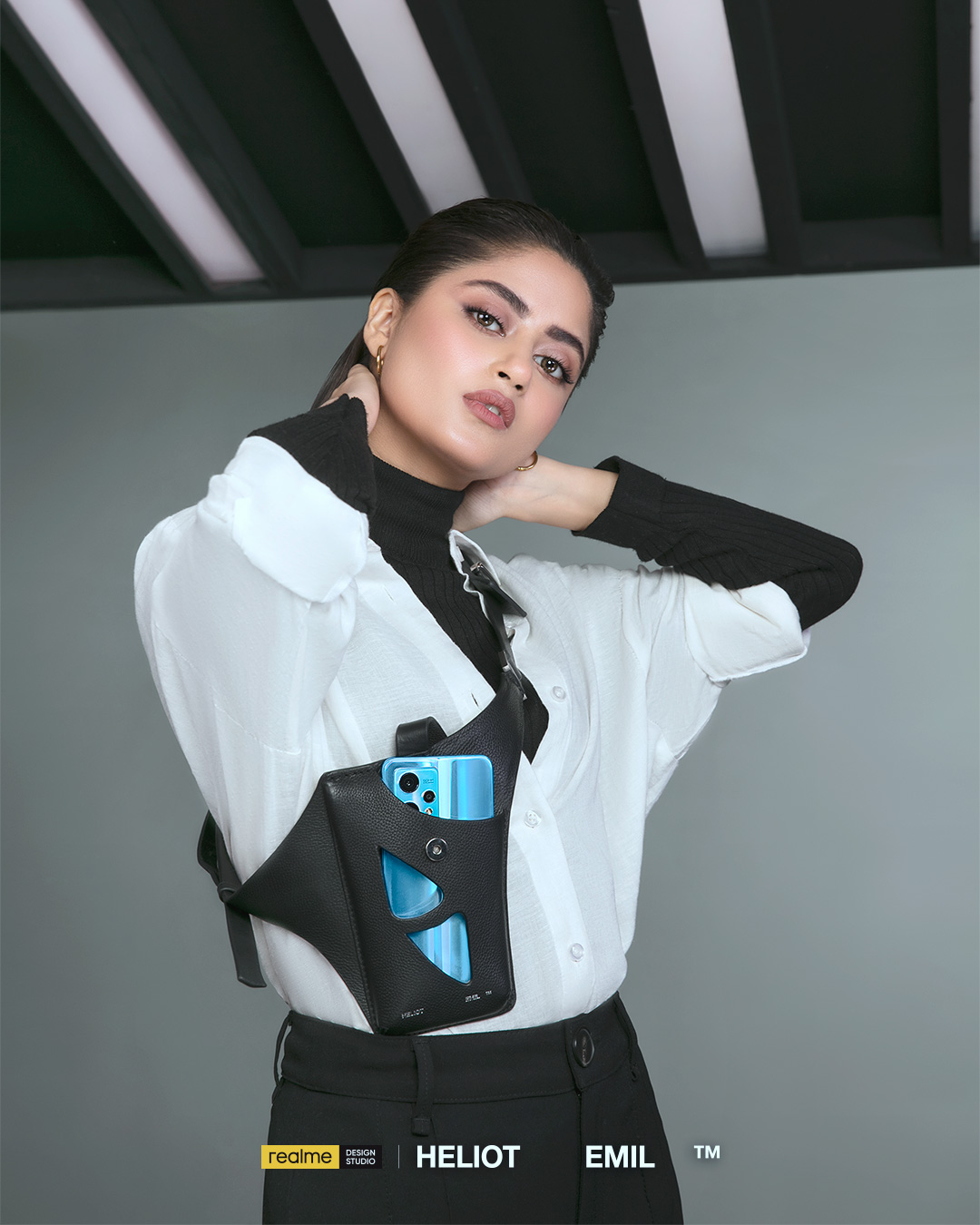 Sajal Aly is a perfect fit as the brand ambassador for the realme 9 Series. Much like realme, Sajal is an unstoppable tour-de-force in her industry. She shares realme’s passion for activism and frequently calls out injustice and demands for the rights of women. Her perfectionism is mirrored by realme’s commitment to providing perfection to the consumer with every smartphone they release. 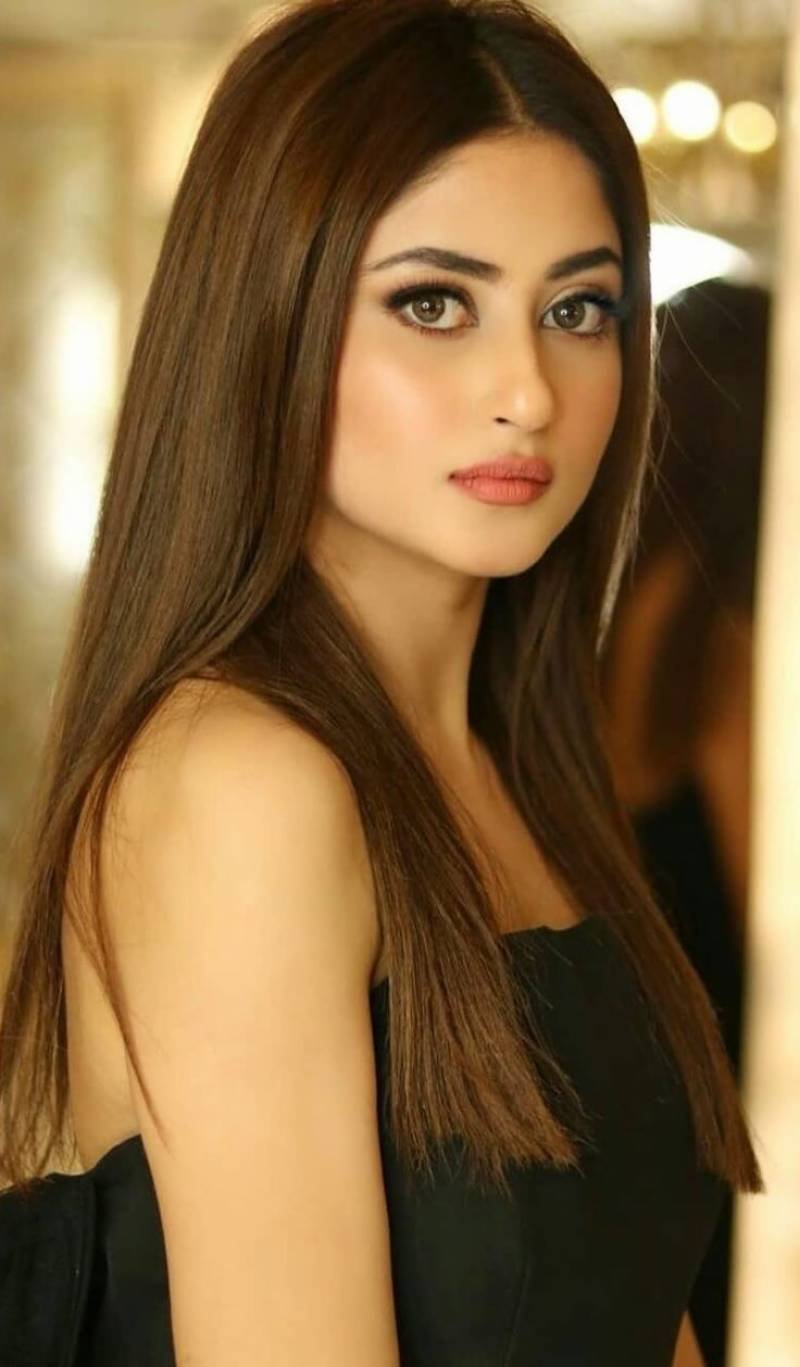 Sajal embodies realme’s key philosophy of Dare to Leap as both realme and Sajal have made bold, substantial contributions to their industries. As a skilled actress, Sajal is not afraid to take on challenging or unconventional roles. She takes the necessary leap to inspire her contemporaries to step outside their comfort zone. Sajal is also considered a local fashion icon who can effortlessly turn looks in any category. A fashionable diva like her is a perfect reflection of the realme 9 Pro+’s signature trendy Light Shift Design, which changes color from Blue to Red when exposed to light.

realme has been working long and hard since its entry into the Pakistani market to expand its footprint in the country. Having a huge, devoted fan base across the country, Sajal Aly can really help magnify realme’s voice in the Pakistani market. The smartphone brand wants to be an agent of change in terms of the technological landscape of Pakistan. realme aims to spread the gift of technology in order to empower the lives of the average consumer which is why it targets a more economical price segment without compromising on the quality of technology. So, keep your eyes open for more exciting reveals coming from realme regarding its ever-popular 9 Series of smartphones and watch out for more collaborations between realme and Sajal Aly.