Namra Shahid is a young Pakistani actress, model, and presenter who debuted in the entertainment industry in 2016. The characters that Namra has played in the past have garnered her a great deal of admiration and adoration from the public. The public adored Namra Shahid for her role in the drama series Aye Musht-e-Khaak, which also starred Feroze Khan and Sana Javed. 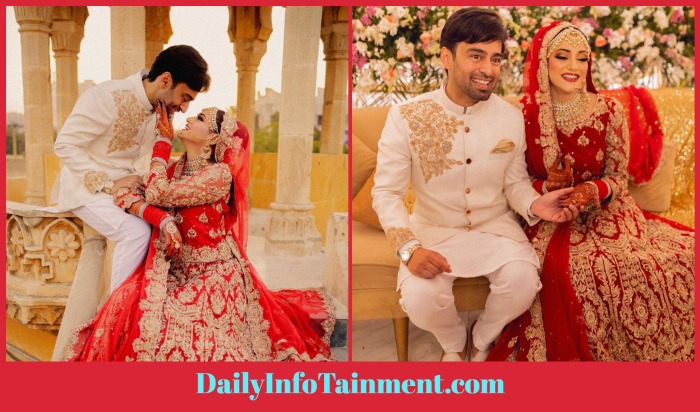 In March 2022, actress Namra Shahid married Zakaria Khar, a non-artistic person. Since their wedding photos and videos went viral on social media, the pair has been the talk of the town. Namra looked stunning in a crimson lehenga adorned with diamond-studded diamonds. The groom, on the other hand, was dressed in white kurta pants and a prince coat.

Take a look at these stunning HD photos taken by “Abdul Samad Zia” at Namra’s Barat.