Kinza Hashmi is a gorgeous and talented Pakistani actress. She was born in Lahore on 7 March 1997. However, she presently stays in Karachi. She began her acting career in 2014 and has performed in several commercials and television series. At the Hum Awards, Hashmi was nominated Best Negative Actress for her portrayal of Rushna on Hum TV’s Ishq Tamasha.

Kinza Hashmi is a favourite choice for advertisements and brand shoots, thanks to her natural looks. Diva has shown the capacity to perform well in all types of roles and never failed to catch the attention of her audience.

Kinza has revealed some of her stunning images from her most recent photoshoot. Her clothes, adorned with beautiful patterns and high-quality fabrics, are both refreshing and comfortable, and she always looks like a vision in them. She appeared in a photoshoot for Sadaf Fawad Khan (SFK) Bridal campaign.

The viral On Instagram, photos are receiving many likes, and people are also leaving fascinating comments. Her fans responded favourably once her photographs went viral. She relishes each chance to wow her adoring public with her captivating and adorable persona. For photo sessions or informal outings, every outfit she wears gives us major fashion aspirations. With her 7.6 million followers on Instagram, she always elicited enthusiastic responses from the public. 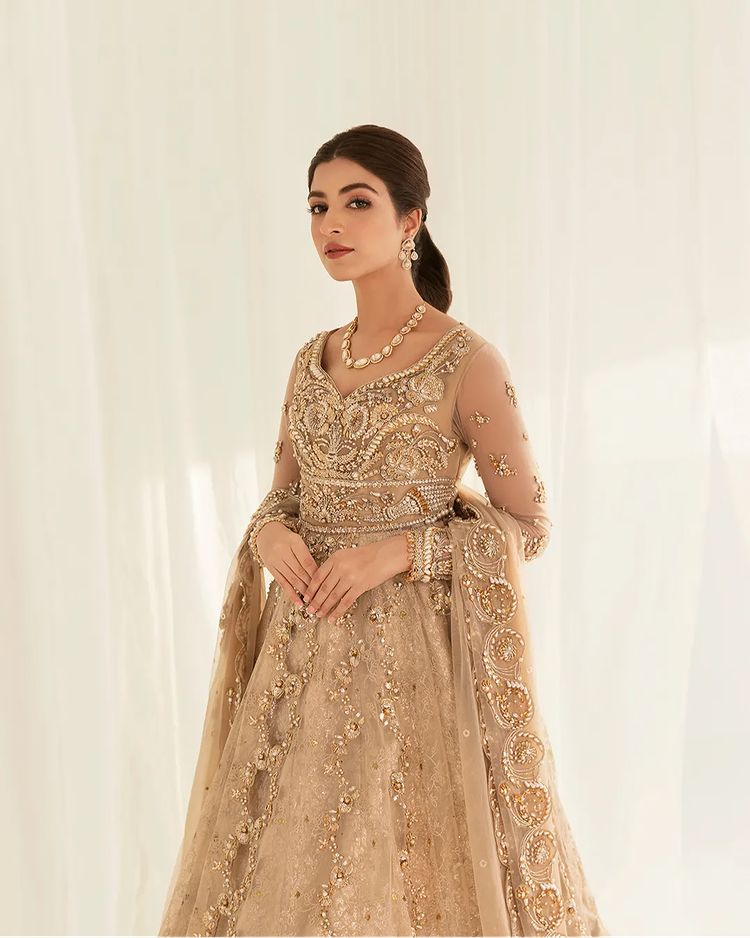 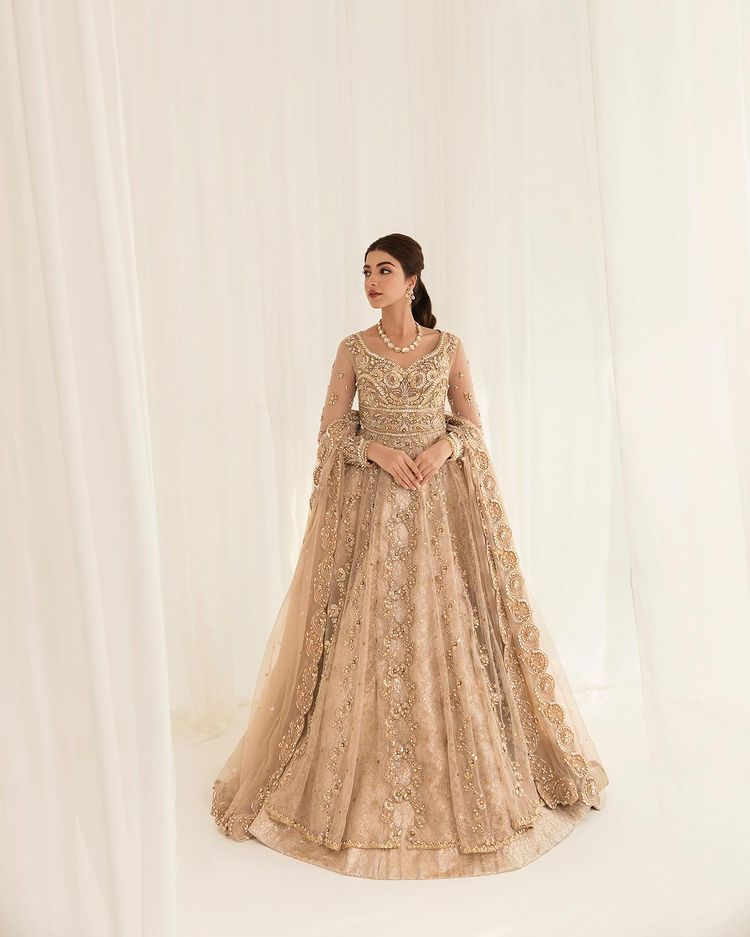 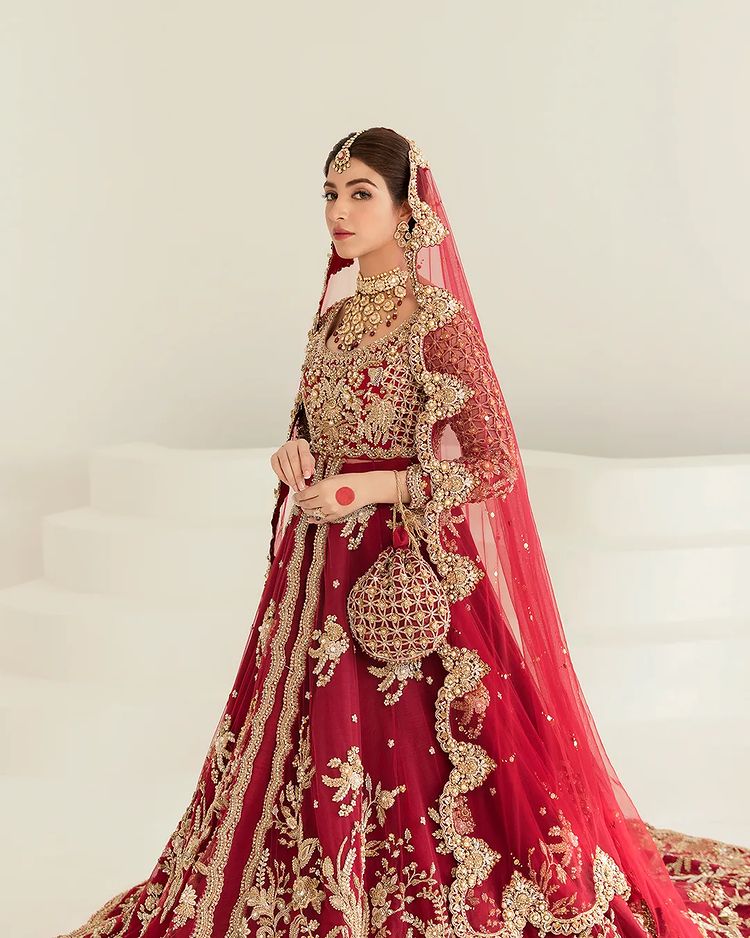 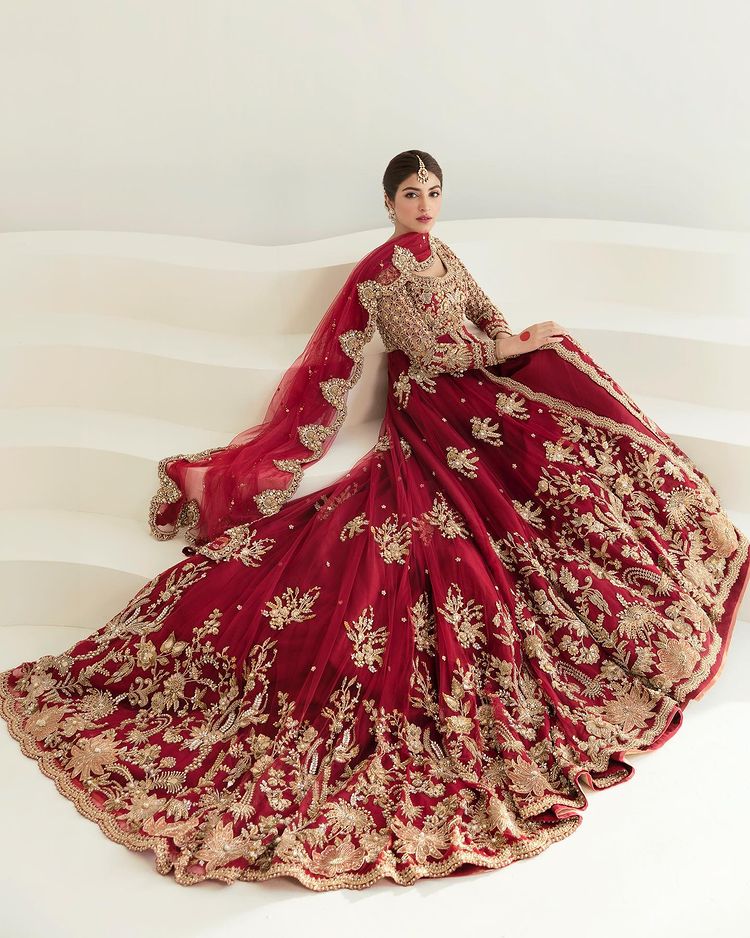 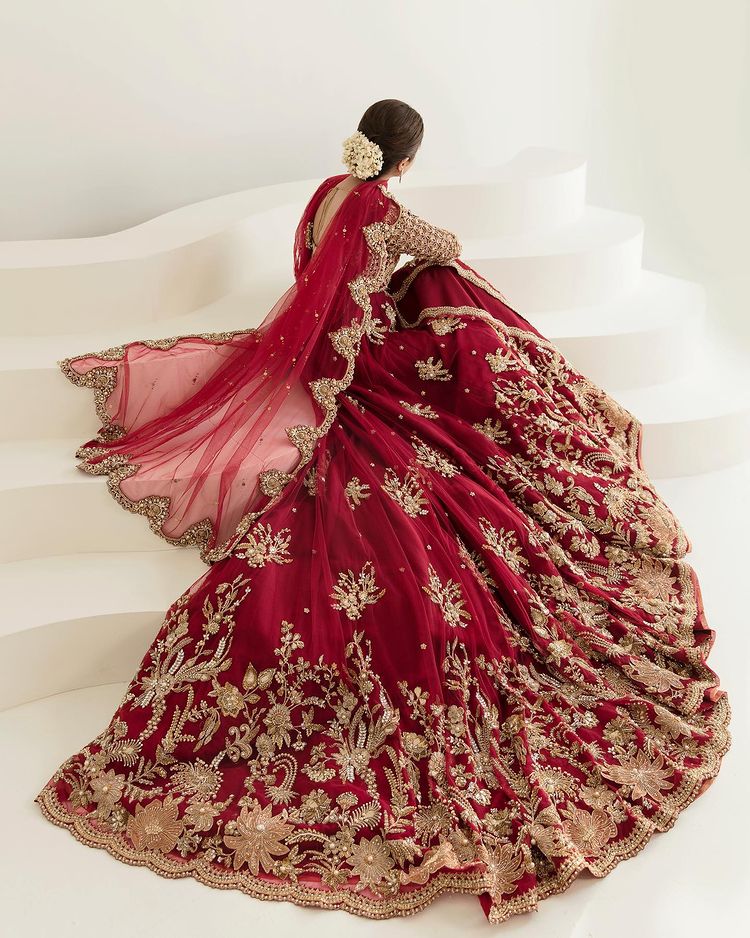 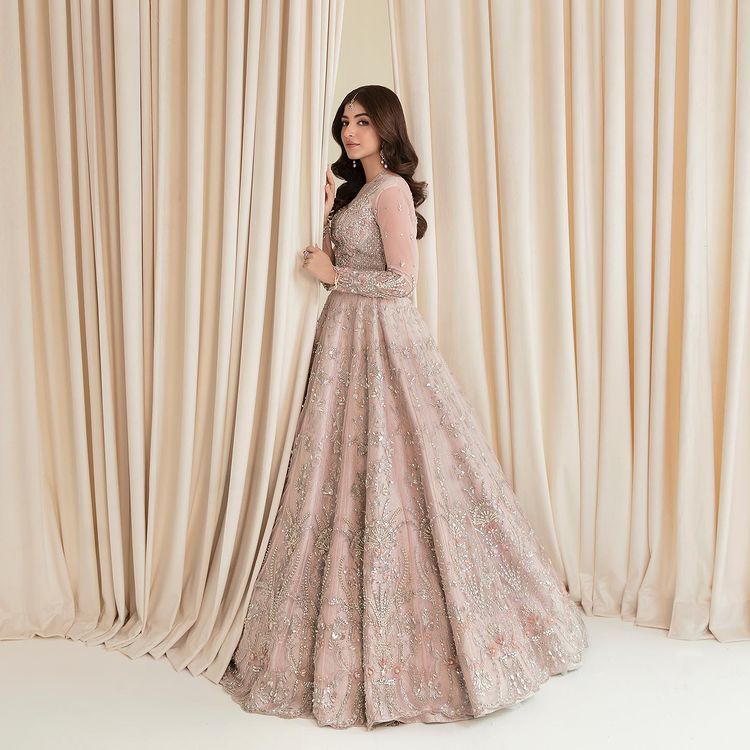 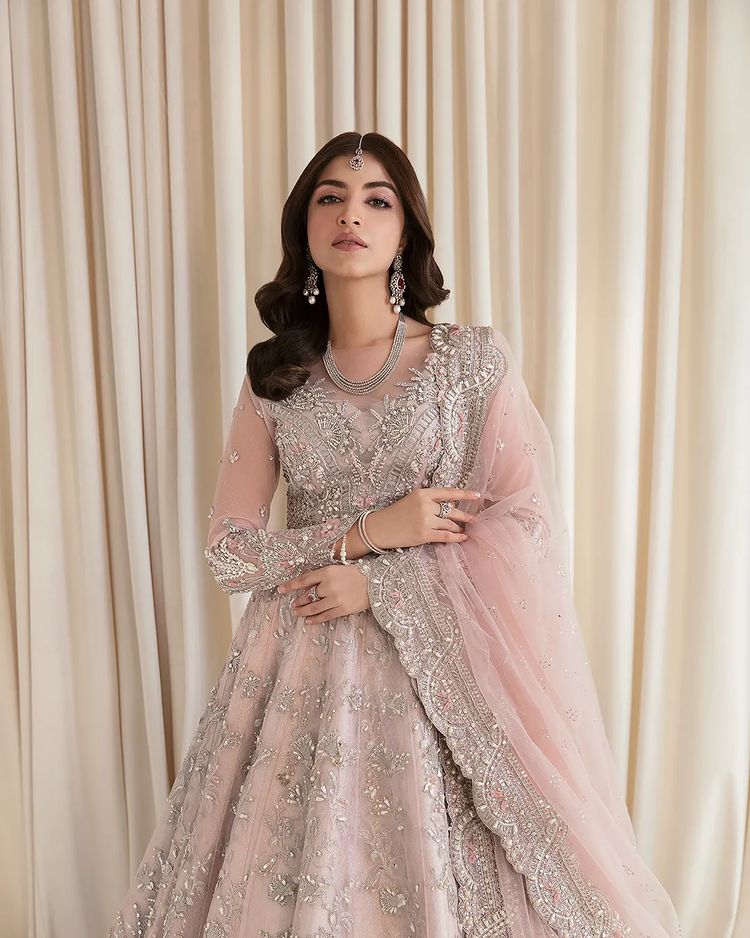 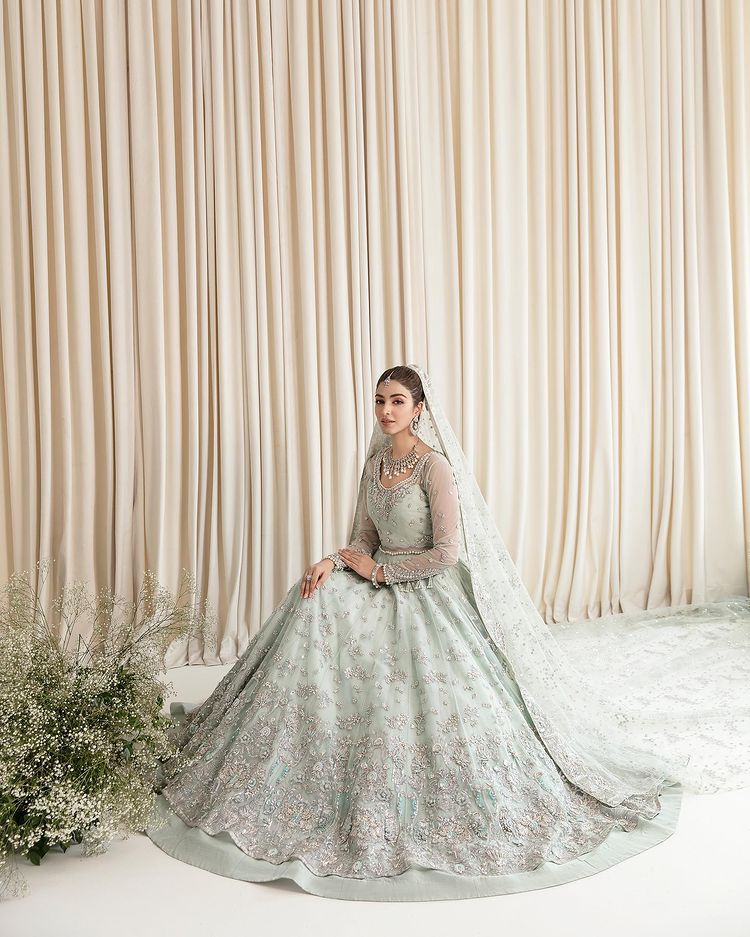 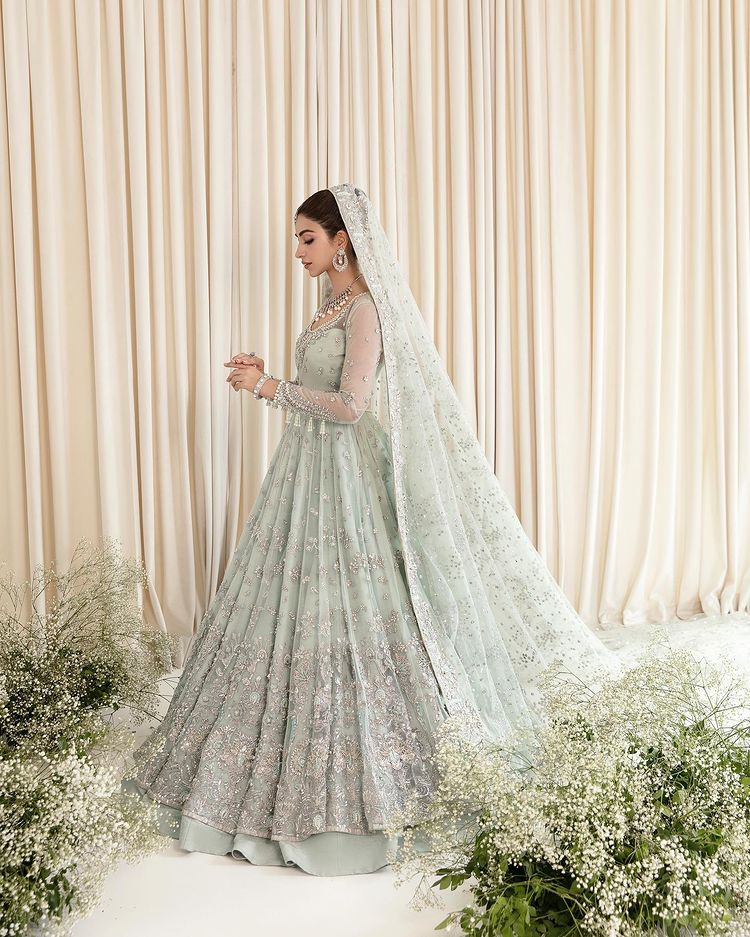