Naimal Khawar Abbasi is a super gorgeous actress and social activist from Pakistan. She graduated in visual arts from the National College of Arts, Lahore. She has appeared in many popular drama serials. She rose to prominence for her performance in the Pakistani film ‘Verna’. She is the wife of actor Hamza Ali Abbasi and the couple is blessed with Son named Mustafa Abbasi. In 2019, Naimal topped Google’s list of Pakistan’s most-searched celebrities. 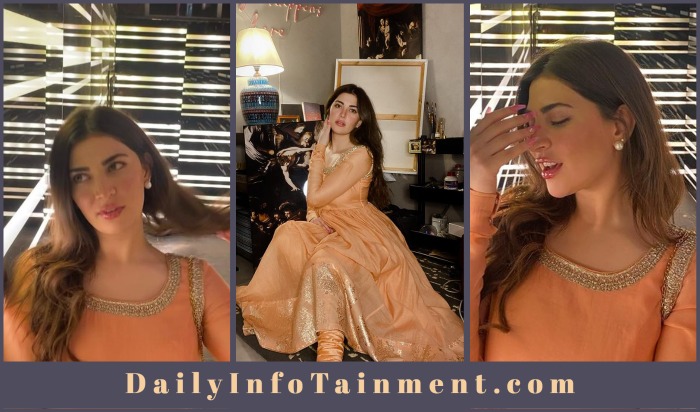 After a short absence from the spotlight, former actress Naimal Khawar is again back in the limelight. Previously, the actress had devoted all of her time to raising her baby, taking periodic pauses from social media.

A few days ago, Khawar was seen at the movies. When Naimal noticed the incredible light pattern in the movie theatre, she felt compelled to take a snap photographs. Diva looked stunning in a peach dress with churidar trousers. 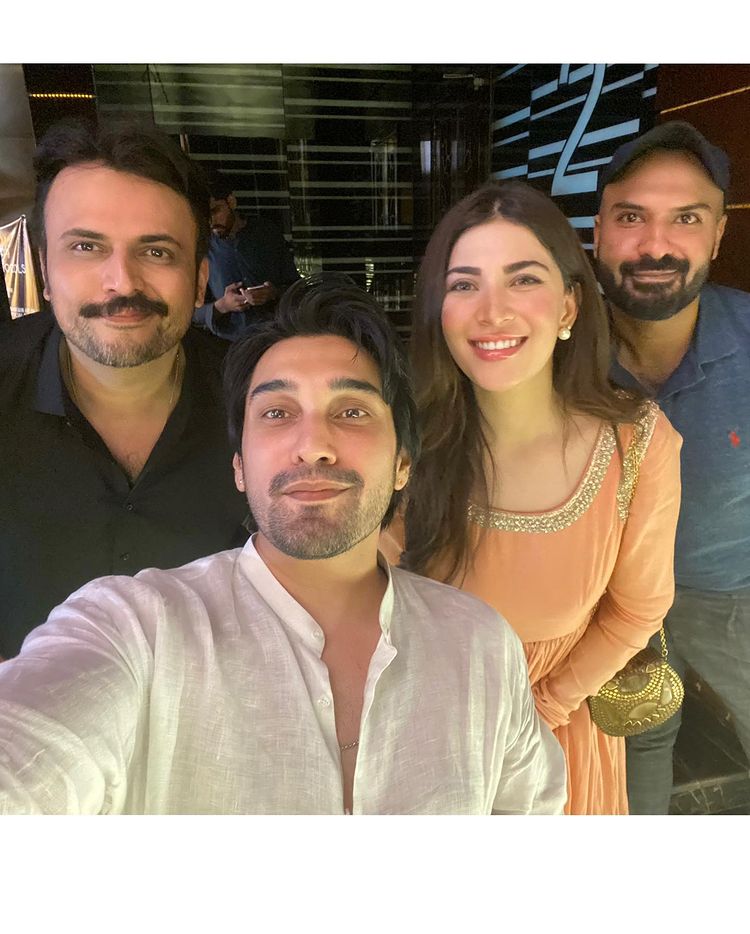 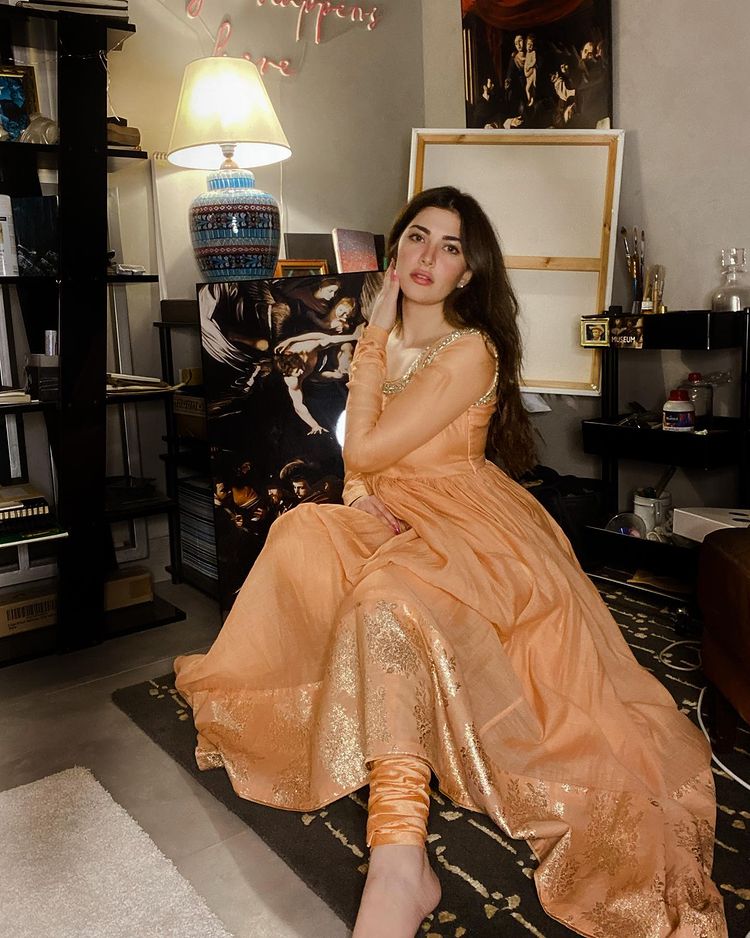 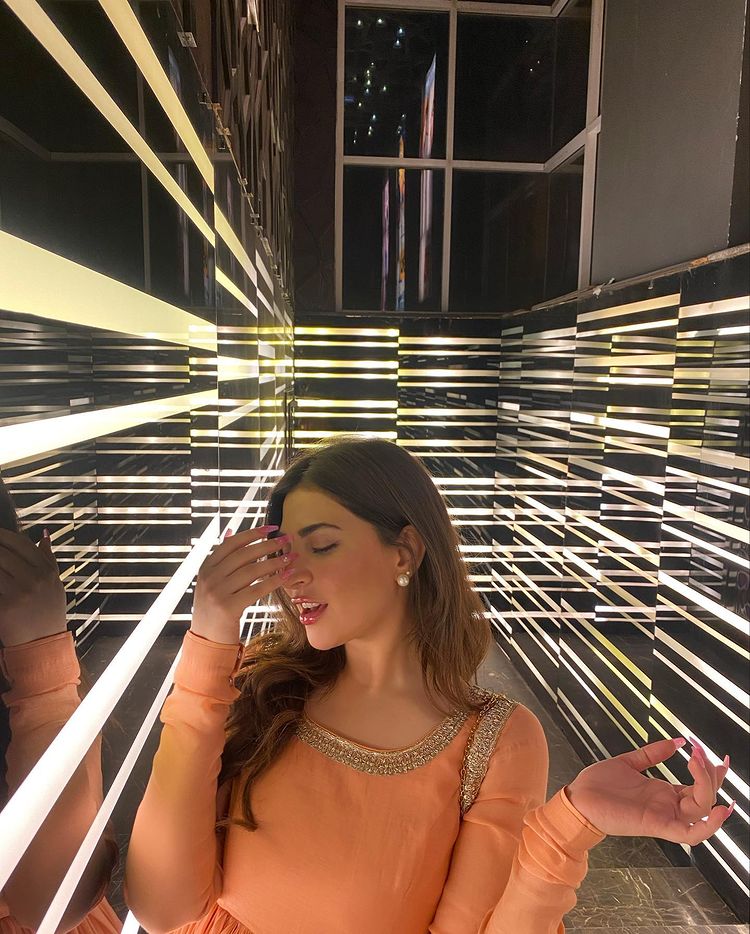 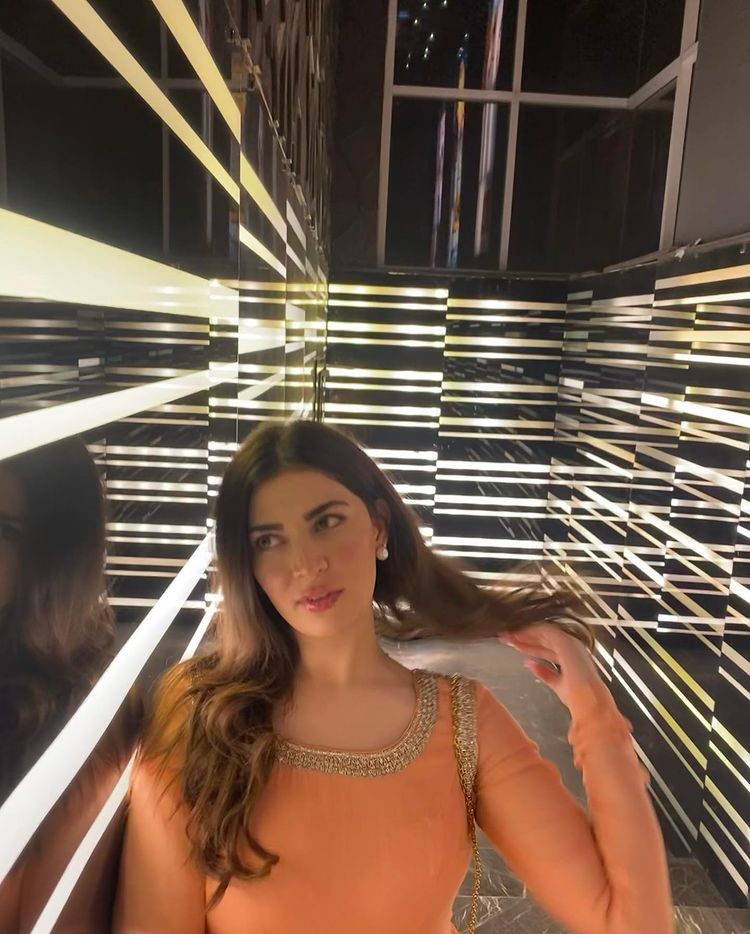 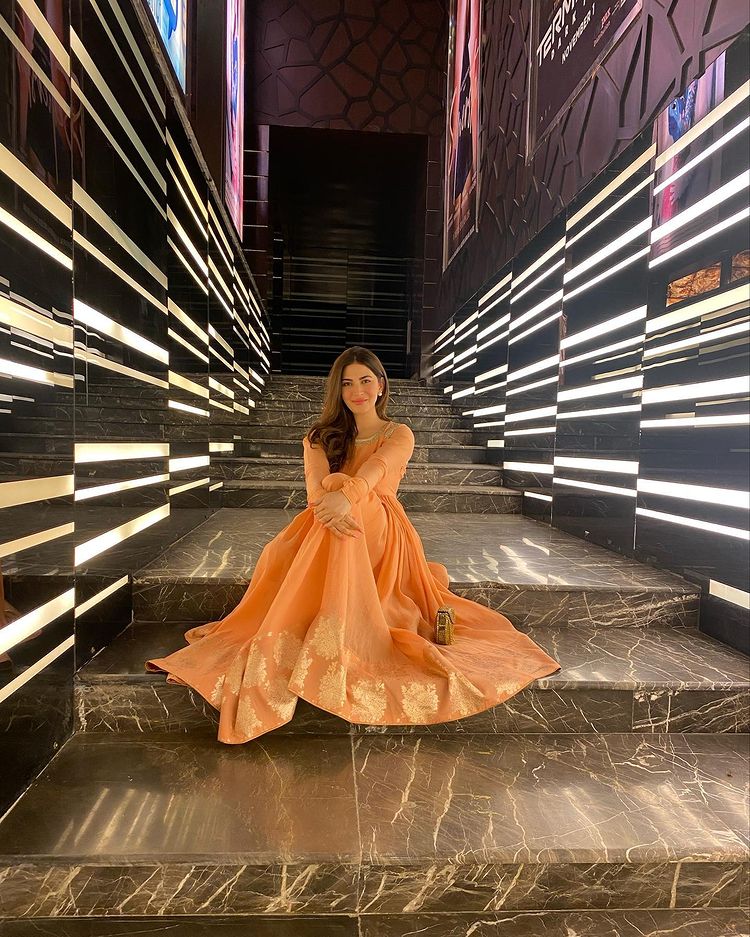