Pakistan defeated Afghanistan in an exciting Asia Cup match because of the efforts of teenage star Naseem Shah. Naseem shattered the Afghans’ aspirations gracefully just as the game started to turn in their favour! 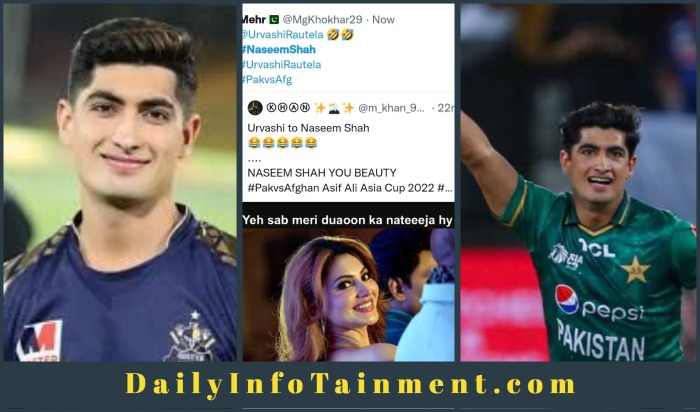 Pakistan and Afghanistan played each other in the Asia Cup’s Super 4. After winning the toss, Pakistan elected to bat, hoping to throw the Afghans off their game with their deadly bowling assault. Naseem, Hasnain, Shadab, and Nawaz each took one wicket, while Haris Rauf got two for the team.

Six balls, eleven runs, and one wicket Naseem Shah, a 19-year-old more known for his bowling than his batting, is currently on strike. Pakistanis were hopeless as they watched the final, but Naseem hit two huge sixes to secure the win.

After Urvashi Rautela, Indian actor Surbhi Jyoti is now taking a dig over Naseem Shah. Taking to Twitter, Jyoti said while referring to the cricketer, “Pakistan has got a gem”.

These amusing memes summarise the game between Pakistan and Afghanistan. 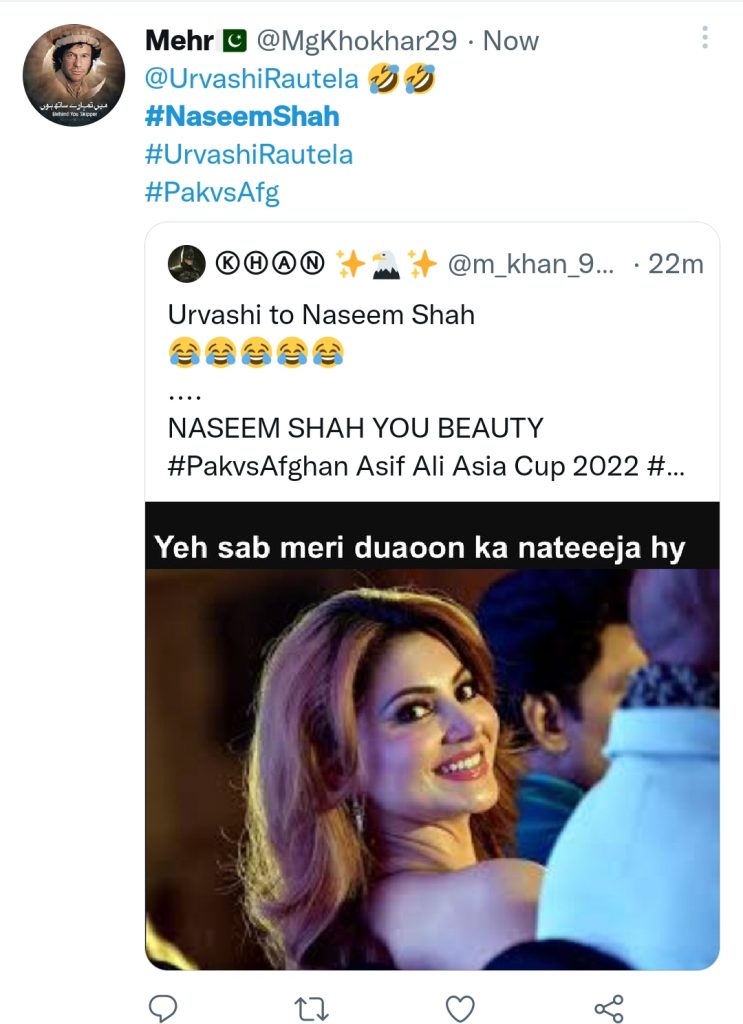 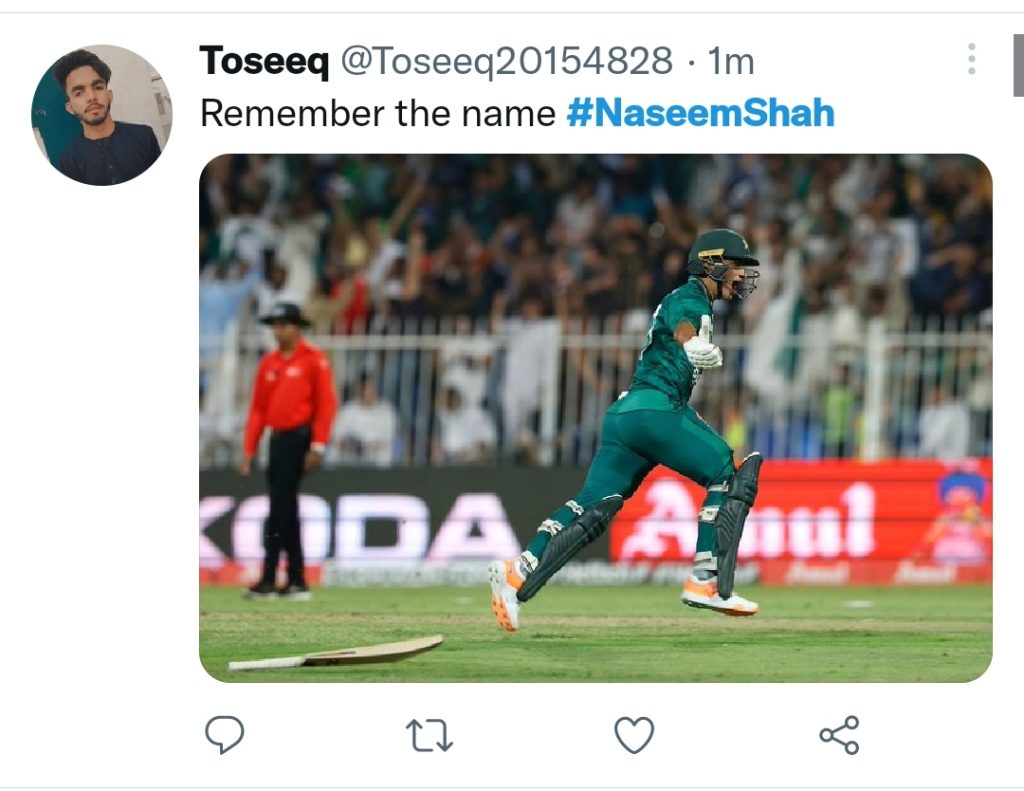 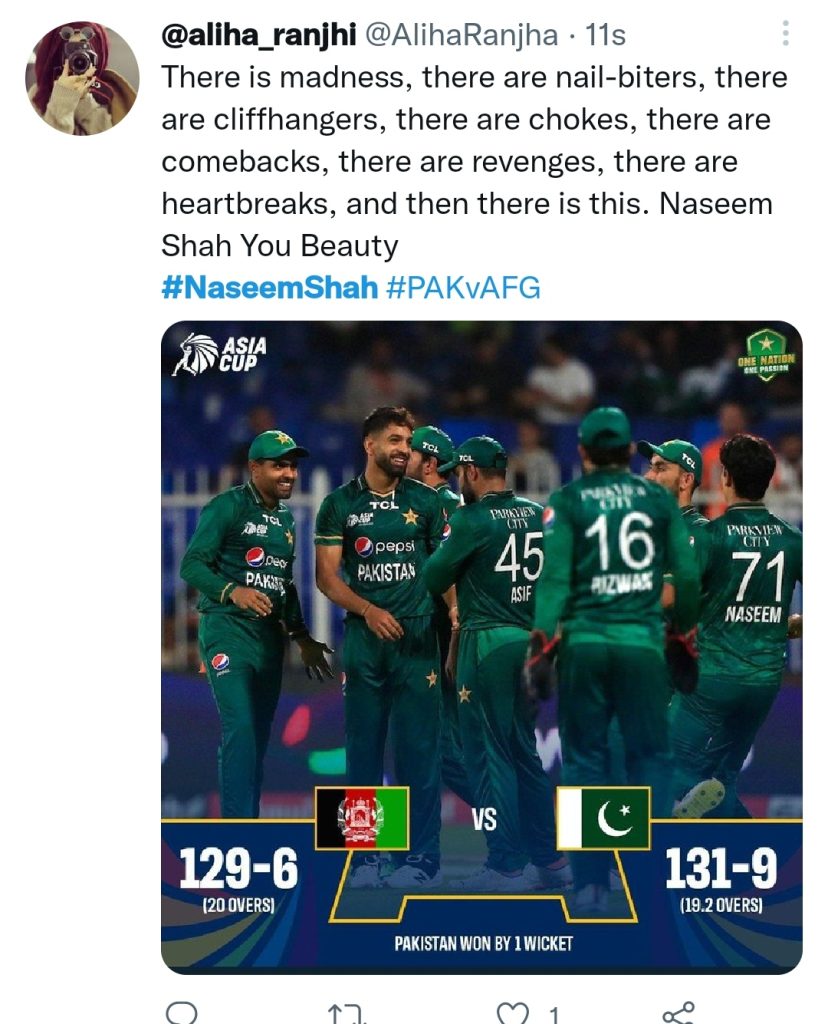 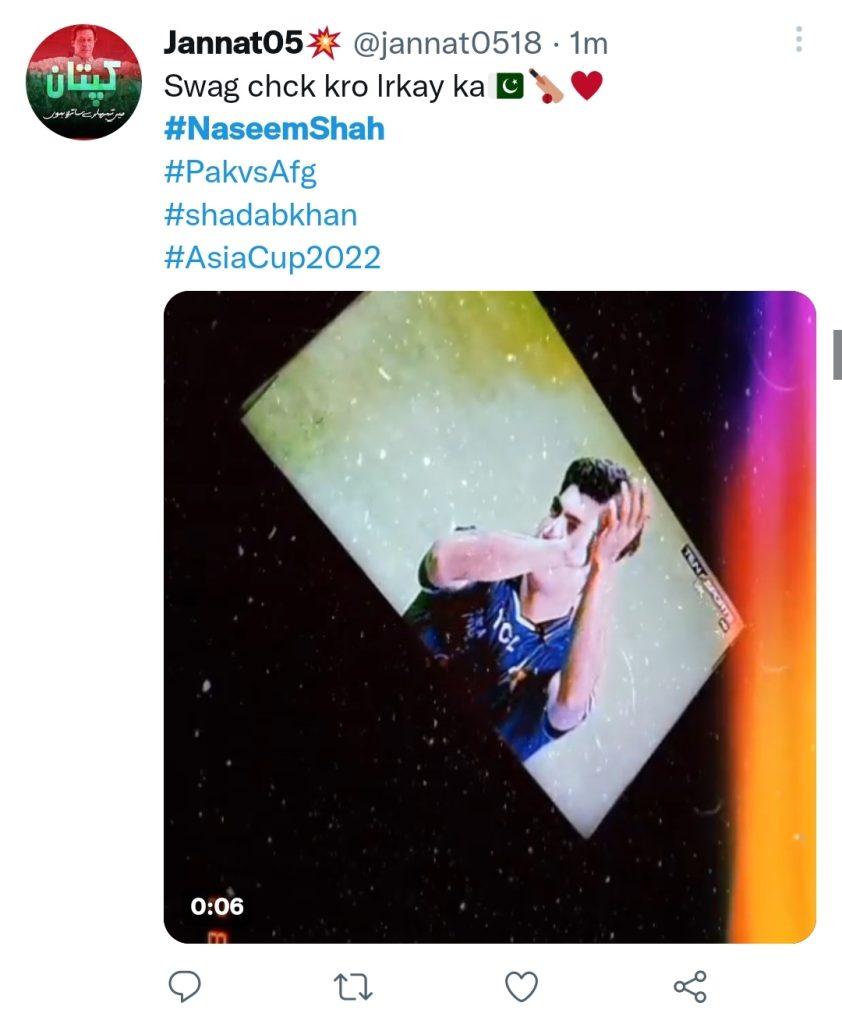