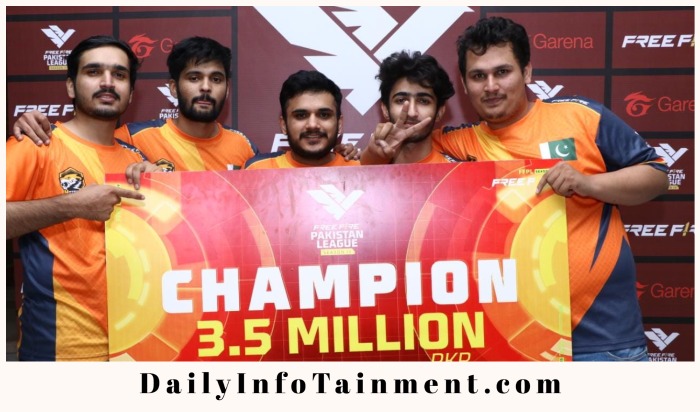 Free Fire is the world’s leading mobile battle royale game with over 1 Billion downloads, and has been at the forefront of the esports revolution in Pakistan. FFPL is the highest professional-level esports tournament in Pakistan hosted under the International esports giant Free Fire.

The ﬁnal 12 teams competed for a piece of one of the largest prize pools for any Esports tournament in Pakistan valued at PKR 10,000,000 with Hotshot Esports claiming the lion’s share and the default qualification for FFWS. Agon Demons Pride and House of Blood finished second and third, respectively, with Anas from Hotshot finishing the day as the MVP for the finals.

Garena is a leading global online games developer and publisher. Free Fire, its self-developed mobile battle royale title, was the most downloaded mobile game in the world in 2019, 2020, and 2021, according to data.ai, previously known as App Annie.

Garena is run by passionate gamers and has a unique understanding of what gamers want. It exclusively licenses and publishes hit titles from global partners such as Arena of Valor, Call of Duty: Mobile, and League of Legends in selected global markets. Garena champions social and entertainment experiences through games, enabling its communities to engage and interact. Garena is also a leading esports organiser and hosts some of the world’s most significant esports events.

Garena is a part of Sea Limited (NYSE:SE), a leading global consumer internet company. In addition to Garena, Sea’s other core businesses include its e-commerce arm, Shopee, and digital financial services arm, SeaMonkey. Sea’s mission is to better the lives of consumers and small businesses with technology.