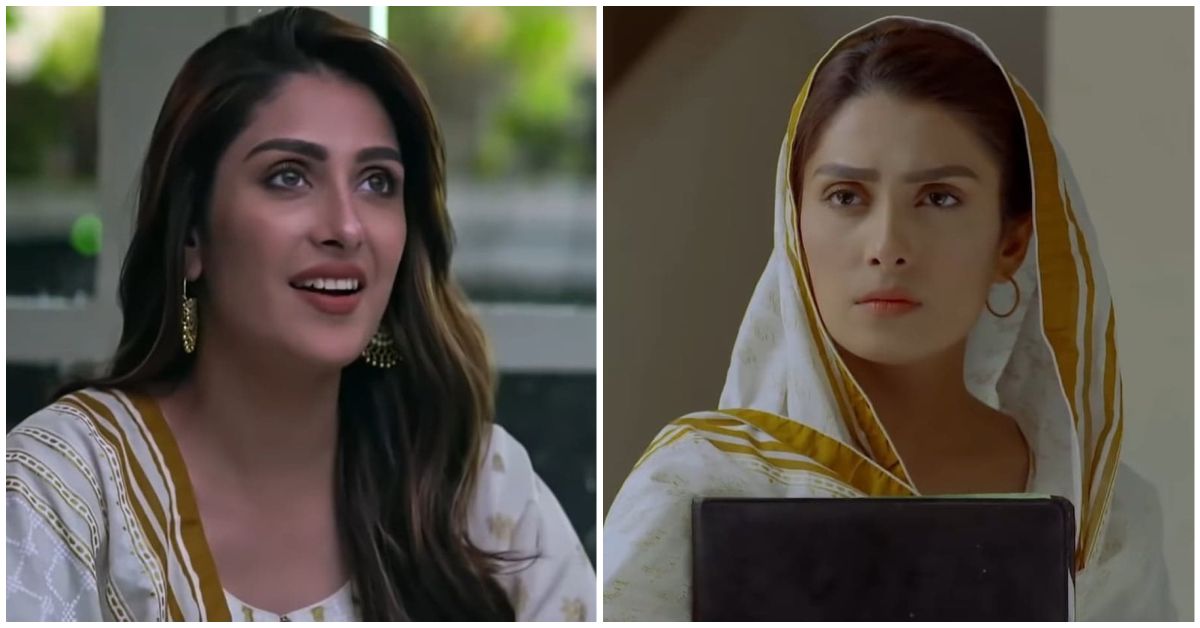 Ayeza Khan is one of the most popular actresses of Pakistani drama industry. There was a time when Ayeza Khan was typecast but over the years, she has started experimenting more with different roles and characters. Ayeza Khan also did not believe in experimenting with her looks much but that has drastically changed in the recent years. At this moment, Ayeza Khan is one of those few actors who pays utmost attention to the image, styling and overall look of her characters. This way, she gets to stylize her characters differently and adds variety to her portrayal of each and every character. She now focuses on changing her hair colors, cuts as well as makeup techniques in every other drama to set her characters apart from one another.

Currently, two dramas of Ayeza Khan namely Mere Pass Tum Ho and Thora Sa Haq are on air. Both dramas are doing really well in terms of popularity and viewership. Mere Pass Tum Ho’s success is unparalleled and despite all the controversies, it still has been the talk of the town after every single episode went on air. Thora Sa Haq on the other hand is a cliched story where Ayeza Khan is getting to play the role of a damsel in distress. Both the characters that Ayeza Khan has played in these dramas are poles apart. 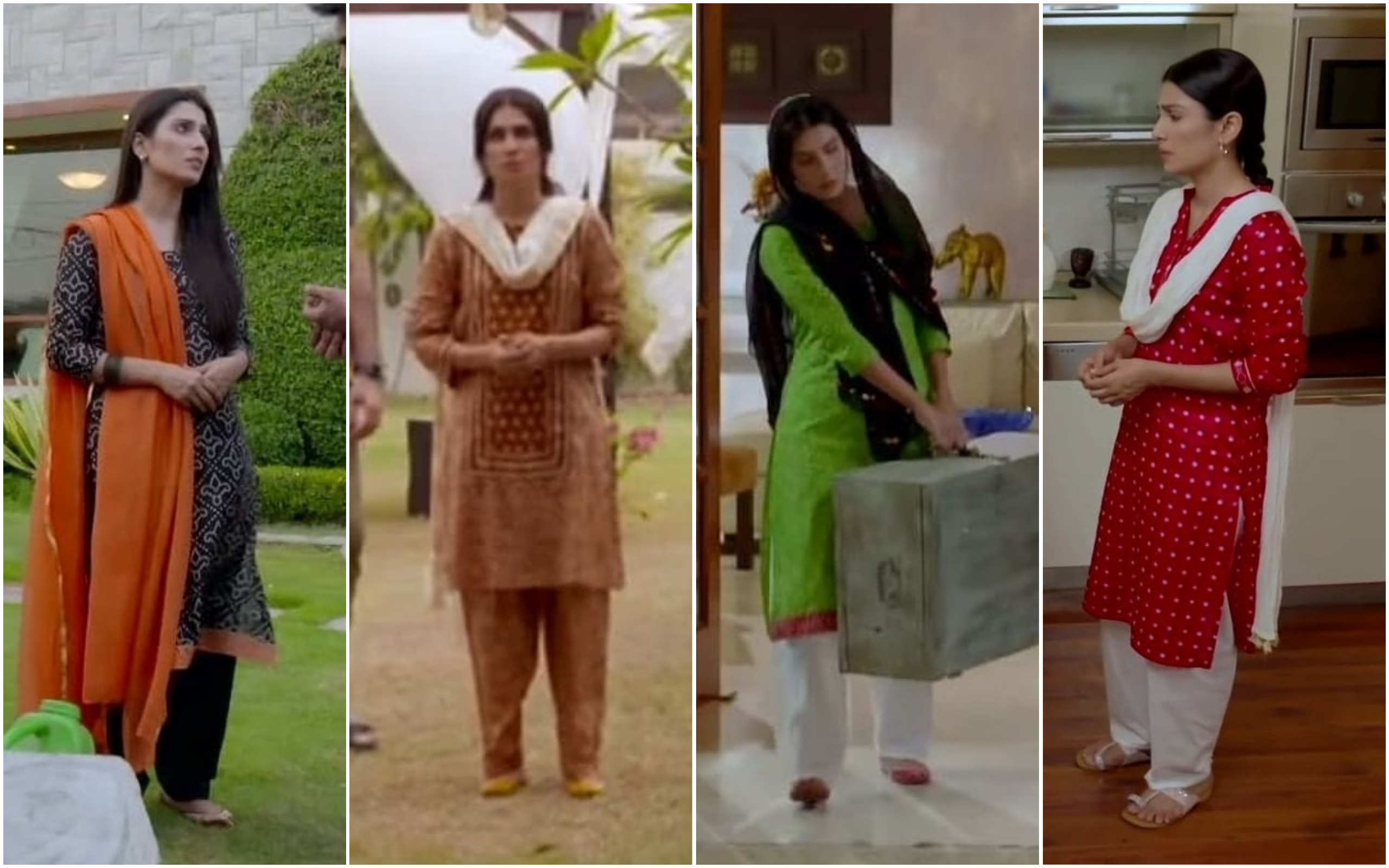 The styling of both the characters played by Ayeza Khan such as Mehwish and Seher are not only different in personalities but she also made sure to strike a difference between them with the kind of styling she has opted for. Mehwish was always well-dressed and glamorous. Even when her financial condition wasn’t sound, she still believed in looking presentable. This is why her clothes were always attractive and she wore some of the best looking outfits. Seher’s character on the other hand is not too well-dressed, this was Ayeza Khan’s way of showing that she came from a very humble background without much exposure to the world. She belonged to a small city and looking gorgeous at any given time was not her priority. It is interesting how differently Ayeza Khan has carried these characters in terms of styling and overall get up. However, what stood out as a mistake was when in the recently aired episode of Thora Sa Haq, Ayeza Khan wore the same dress she wore in the 2nd episode of Mere Pass Tum Ho. 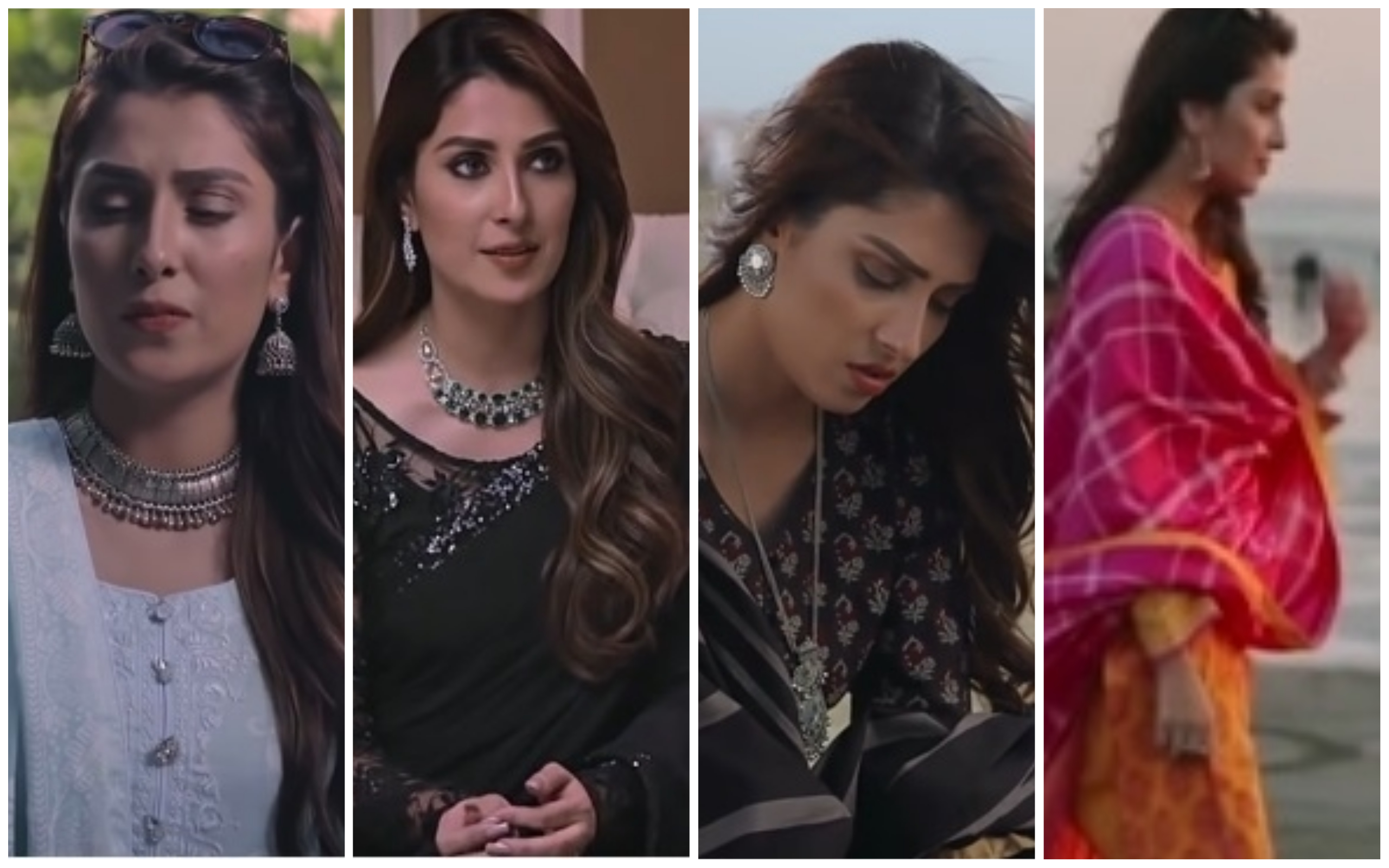 It seems to be a huge mistake on Ayeza’s part as well as sheds a light on the production value of the drama. It is understandable that Ayeza Khan must not have anticipated Mere Pass Tum Ho to become so popular, plus she also must not have thought of the fact that this repetition will get noticed. It is not just about the repetition of the dress but more so about the difference of looks and styling of both the characters of Mehwish and Seher. Mehwish’s dresses were beautiful 3 piece lawn suits with patterns and motifs. The main aspect of her dresses were elaborately designed dupattas and fitted long sleeves A-line shirts. Seher’s dressing on the other hand was mostly based upon solid colored plain short shirts. She paired them with white or basic colored dupattas and wore 3 quarter sleeves. Seher mostly wore kurtas and paired them with loose shalwars. It was the kind of look that went well with the kind of demographic she was trying to show Seher hailing from. Therefore it came as a shock that Ayeza chose to wear the same dress in Thora Sa Haq that Mehwish had worn in Mere Pass Tum Ho, that too on an occasion of shopping spree with her friend.

Take a look at the dress that Ayeza Khan wore in both Mere Pass Tum Ho and Thora Sa Haq: 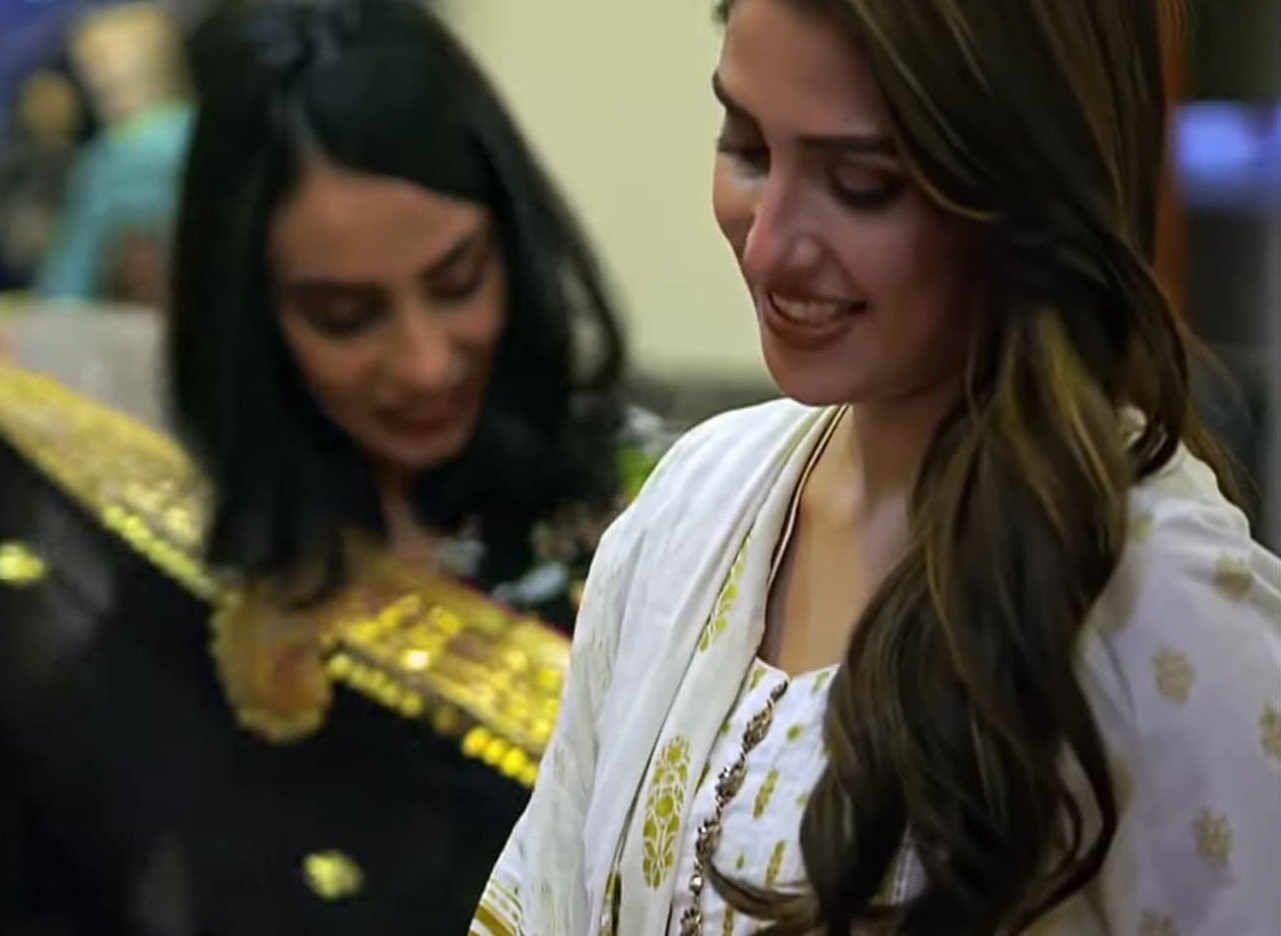 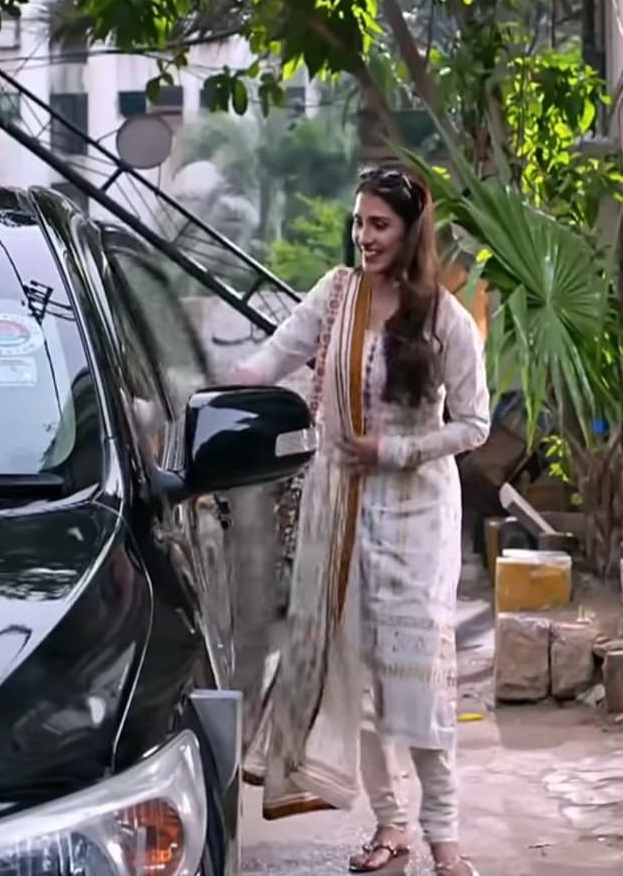 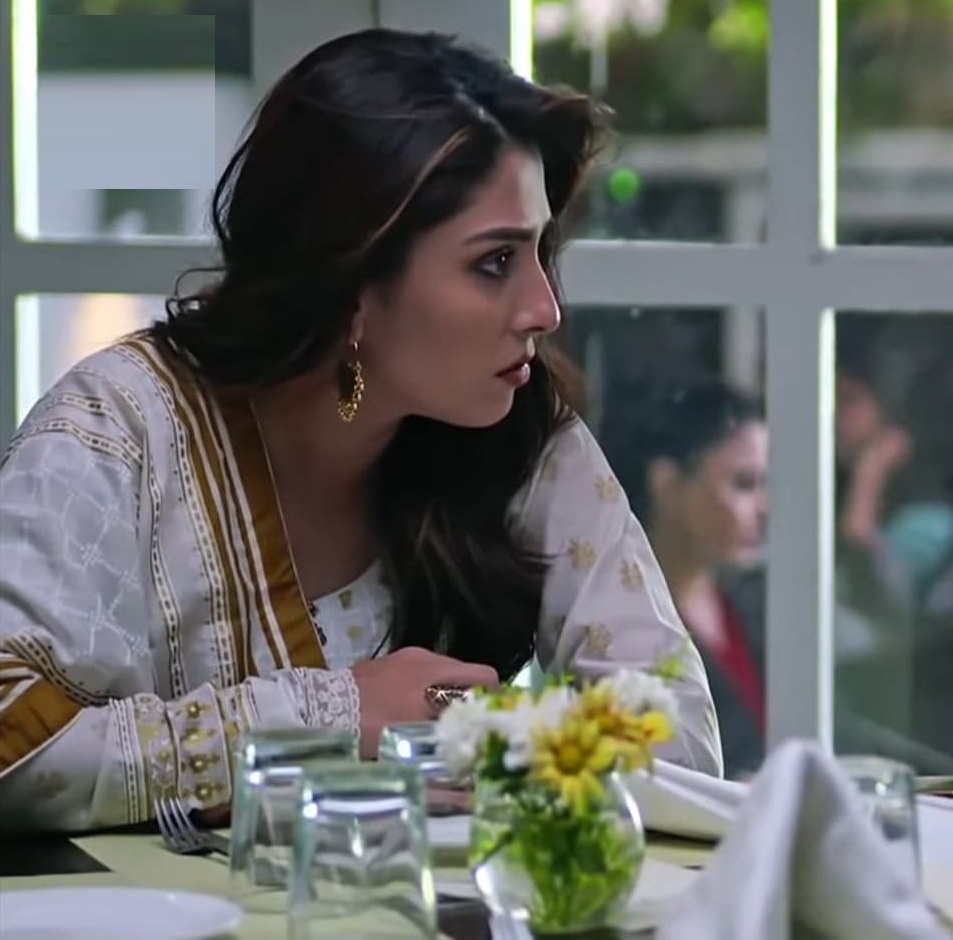 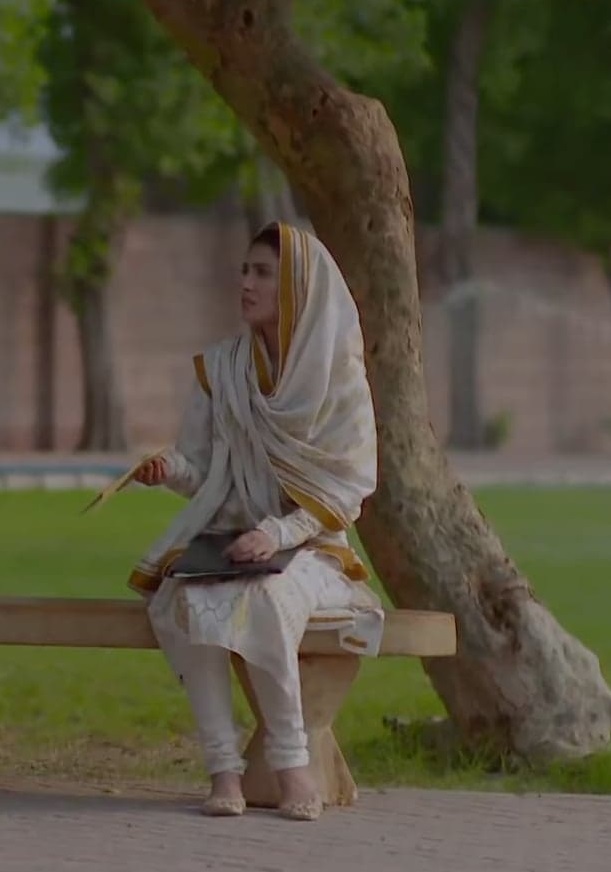 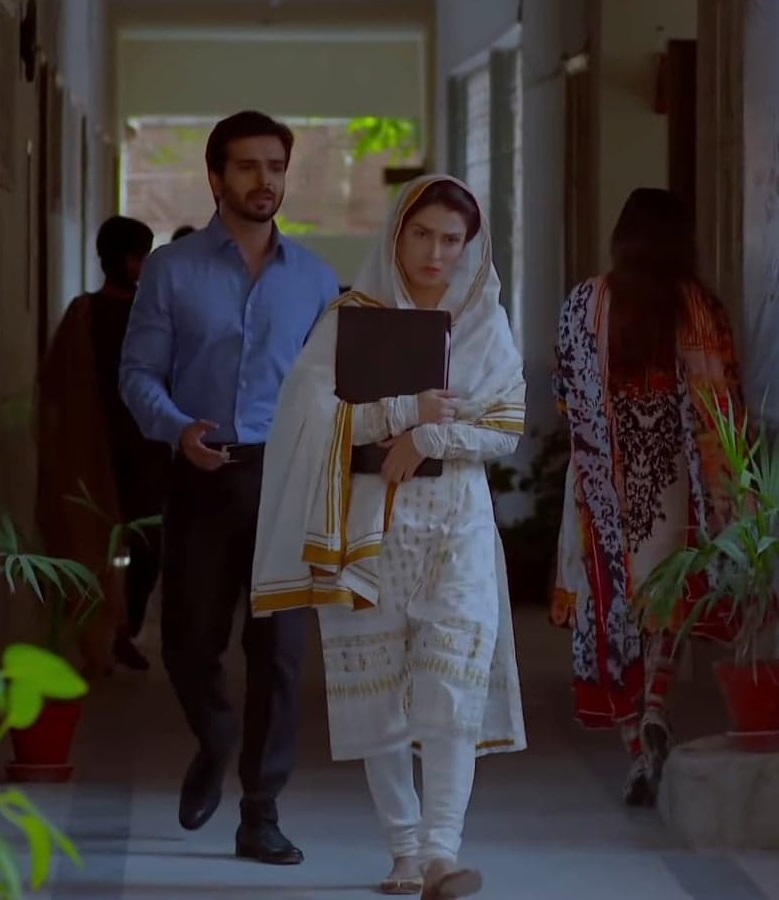 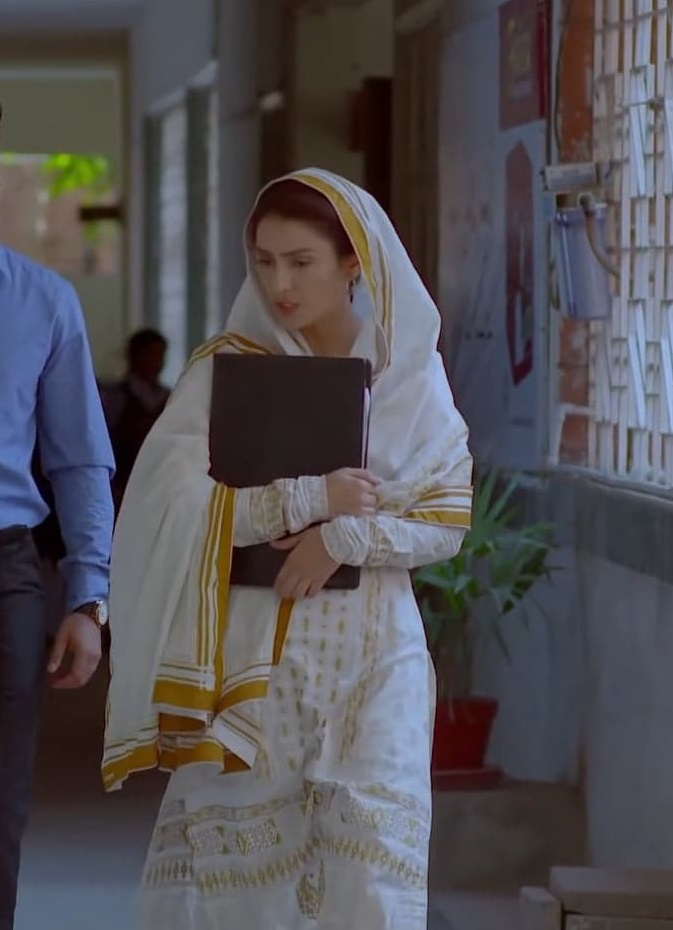 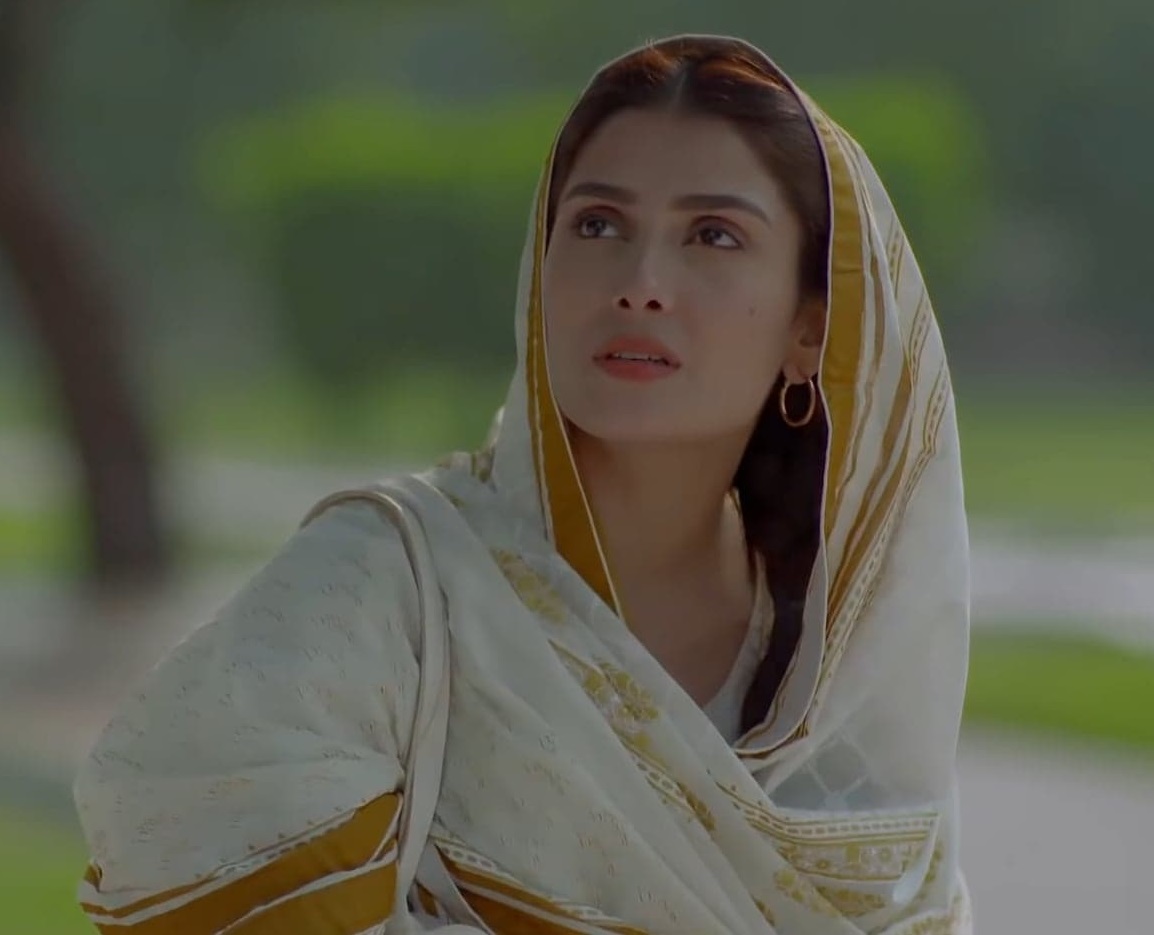 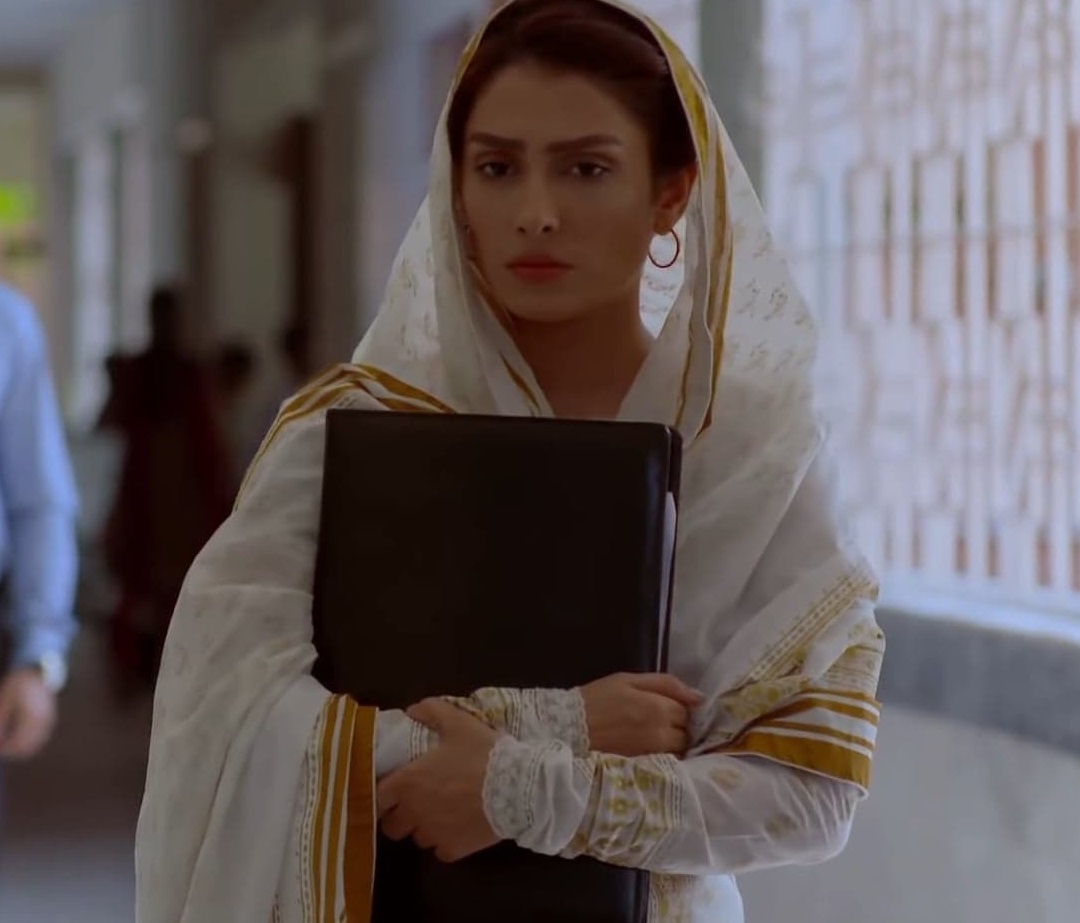