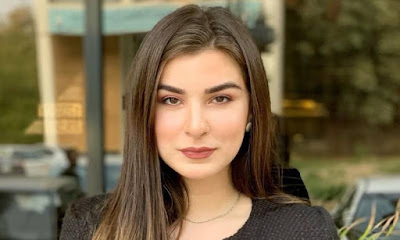 Pakistani student Zara Naeem has been declared the Global Prize Winner for getting the highest marks in the ACCA (Association of Chartered Certified Accountants) examination held in December 2020.
Zara Naeem, a student of Scans School of Accountancy in Lahore, Punjab, scored the highest marks among all ACCA students in the Financial Reporting Examination. It should be noted that in the field of accountancy, ACCA education is considered as a world standard and it is recognized in 179 countries of the world.
The government of Pakistan has also appreciated Zara Naeem’s success in making the country famous and congratulated her.

A very proud moment for Pakistan as Zara Naeem has been declared the global prizewinner for scoring the highest marks in ACCA. pic.twitter.com/gzVWzYTuDJ

“Pakistan is proud that Zara Naeem has been declared the Global Prize Winner for taking the highest score in the ACCA,” a tweet from the Government of Pakistan’s official Twitter account said.
On the other hand, Federal Minister for Information and Broadcasting Shibli Faraz also said in a tweet that Zara Naeem Dar has become the pride of the nation by topping the ACCA exams all over the world. Zara Naeem attributes her success to her father, who always encourages all the girls in the family to fulfill their dreams and break down artificial barriers. Her father has a master’s degree and has served in the military in the past and wants his children to make a name for themselves in the country.

Pakistani students continue to make 🇵🇰 proud by impressing the world with their excellent exam performance in the global professional accountancy exams conducted by ACCA.

Zara Naeem said, “My father is a role model for me. I saw him achieving success in the army, which inspired me to try to follow in his footsteps.”
On choosing the ACCA, Zara Naeem said: “It was my natural choice. Most military families relocate after a few years, so I always knew I needed an education that would be anywhere in the world.”
She said she wanted to dispel the assumption that finance and accountancy are for men.