An Australian cricket presenter named Erin Holland has again captured the hearts of cricket fans around the world by posting pictures of herself at the Gaddafi Stadium in Lahore on social media.

While in Pakistan for the PSL, Erin Holland has been winning over Pakistani fans with her glitzy appearances. 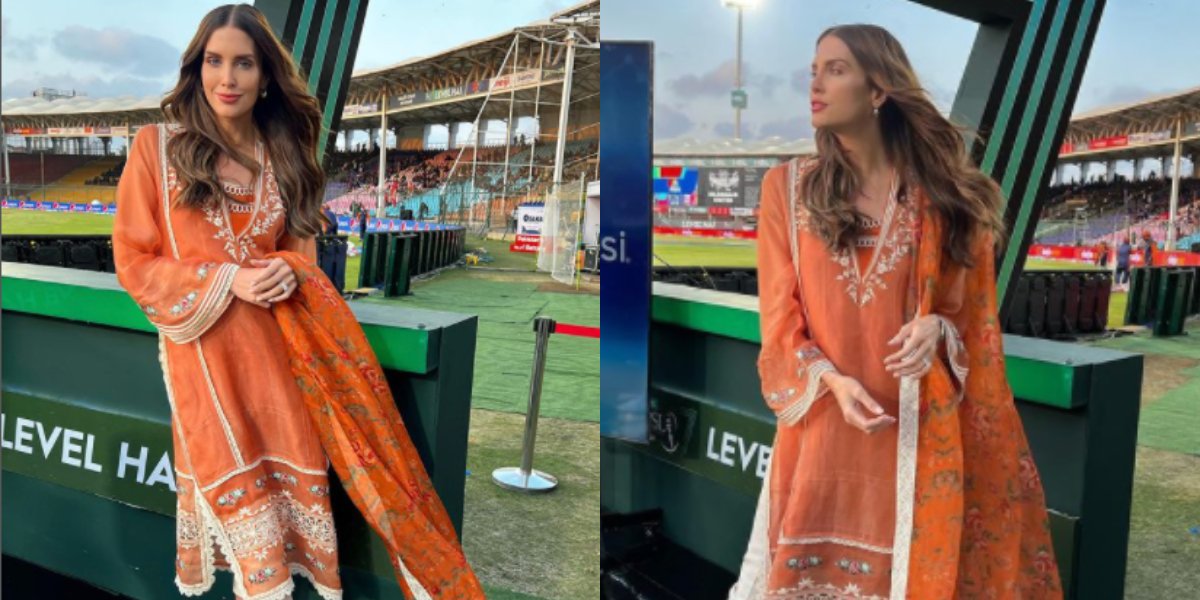 Erin’s admirers have enjoyed seeing her in both traditional Indian and western outfits during the matches. She wore a multicolored striped midi dress in a recent set of Twitter photographs, which she shared with the world.

She accentuated her waist with a belt and a pair of black strappy shoes.

“Local label love is in the air!” Holland posted a series of photos on Instagram with the caption, “#lulusar bringing the color to my Sunday @thePSLt20 doubleheader.” 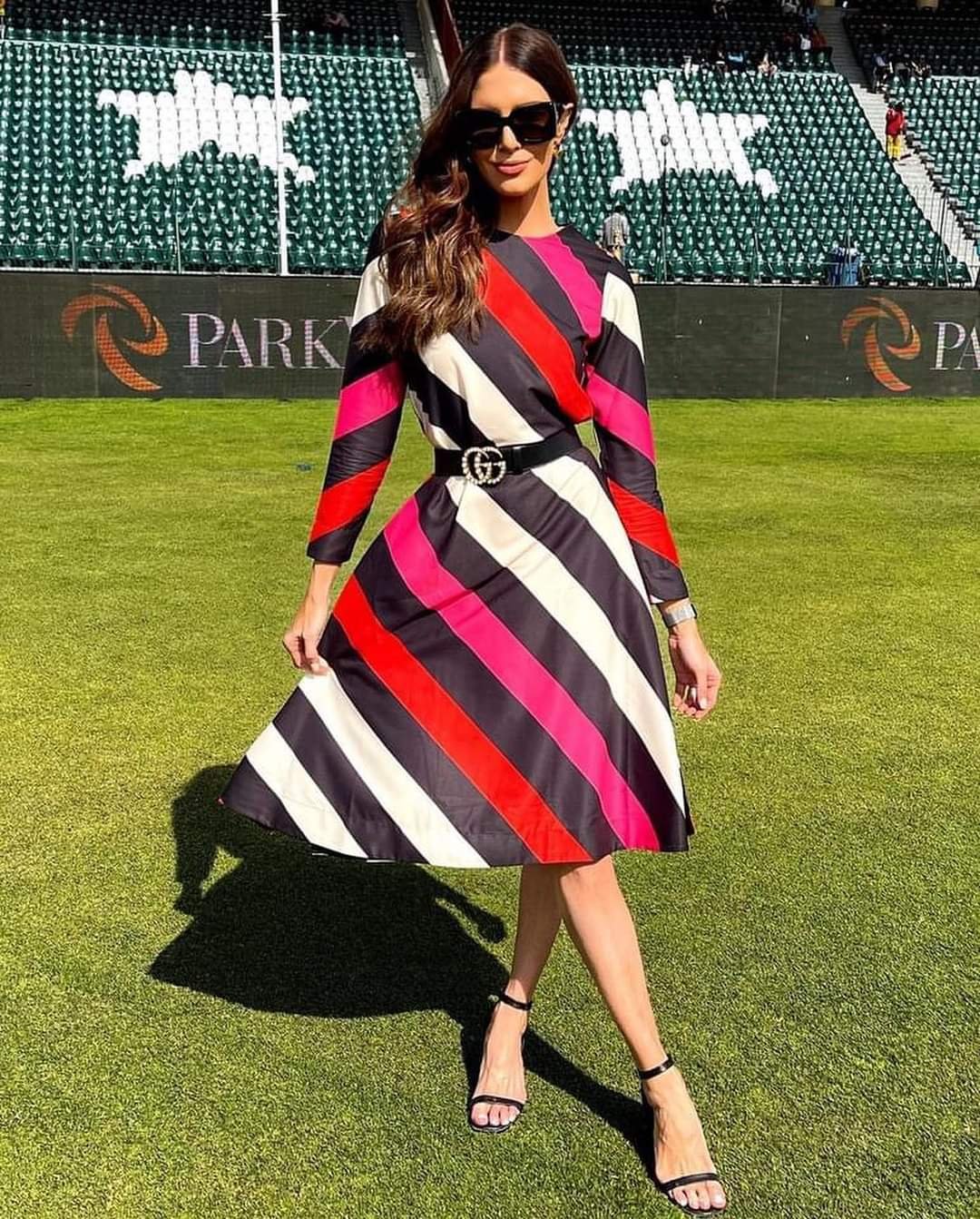 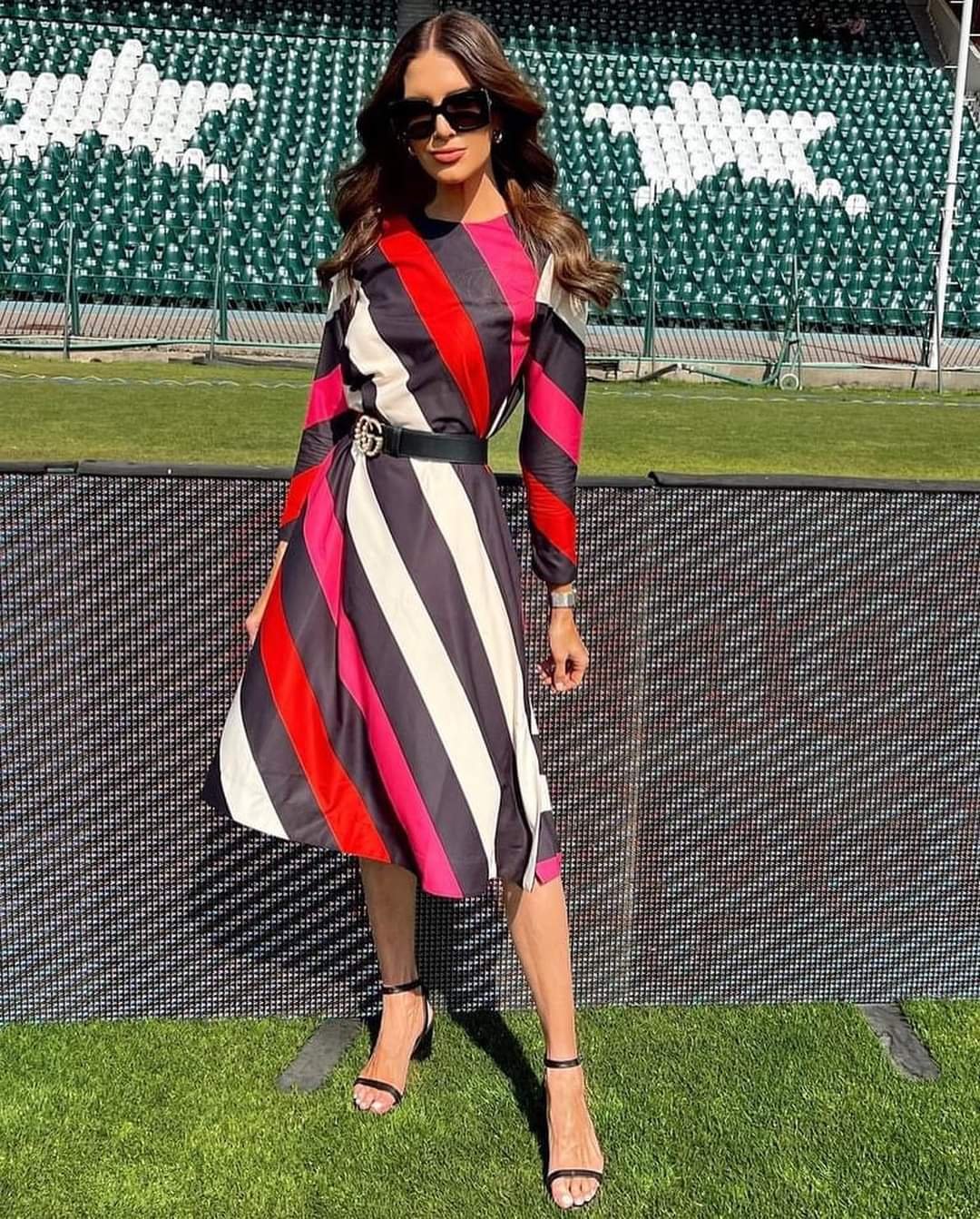 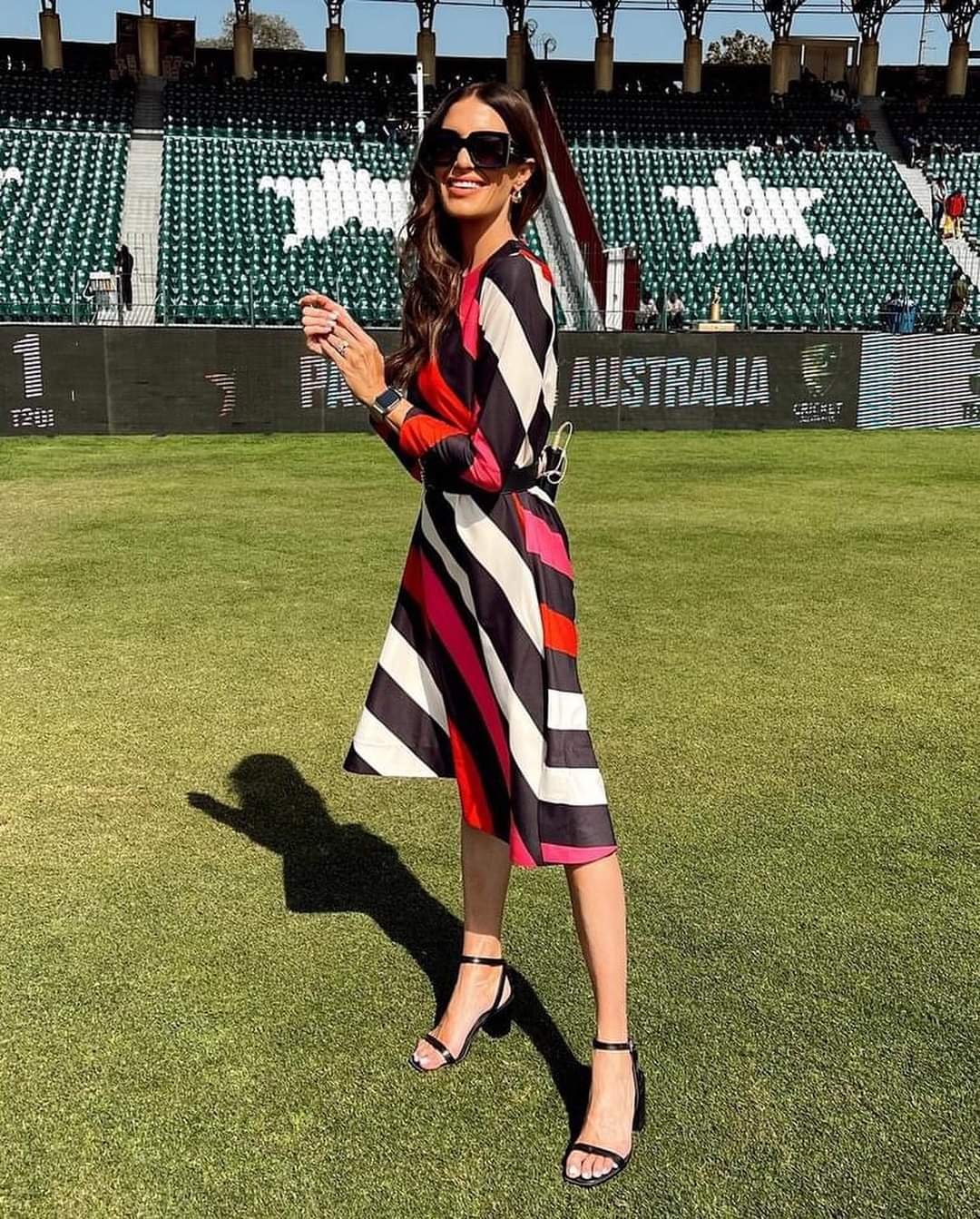