Actress and singer Ayesha Omer has been a part of Pakistan’s entertainment business since 2000 and has made an incredible transformation in terms of both her appearance and her performance. Because of her outstanding performances in various blockbuster television shows and movies, Ayesha has amassed a significant fan base.

Ayesha Omer Gorgeous Pictures from JPL along with Other Celebrities

While Azam Khan is a young Pakistani cricketer striving for the same level of success as his father, Moin Khan, Azam is also a youthful and passionate Pakistani player. Even though he hasn’t played many games yet, we can already see that he has the makings of an incredible cricketer. Azam is a cricketer who is often subjected to public body shaming. 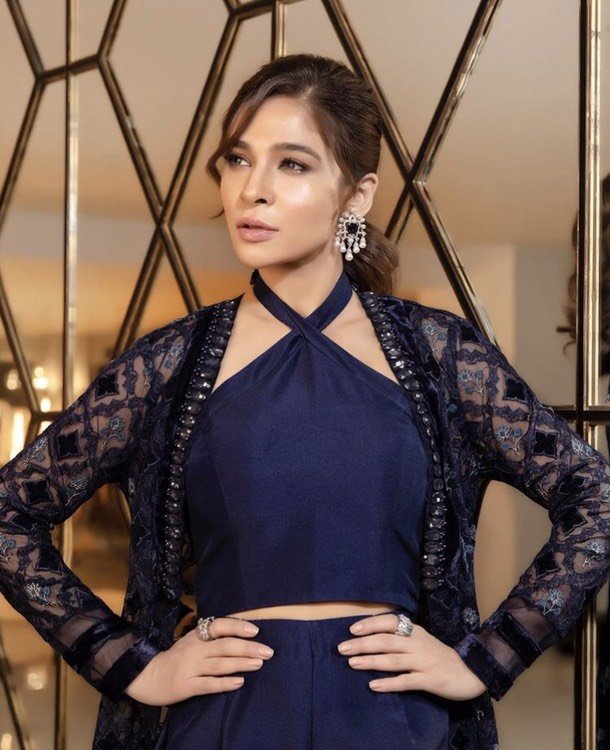 Azam Khan, a cricketer in the Jeeto Pakistan League, and the super-talented Ayesha Omar were recently seen together. On the set of JPL, two of them were observed having a good time.

Ayesha and Azam from JPL caught our eye, so let’s have a look!