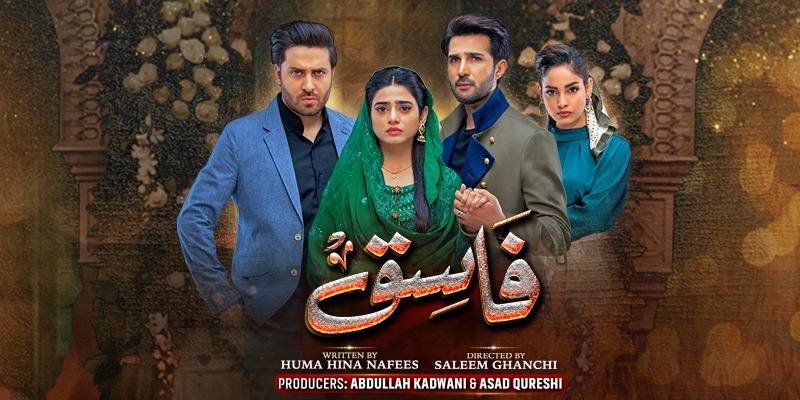 The story of ‘Faasiq’ revolves around a pious and religious young girl Fatima, who hails from a middle-class family. Fatima is in love with her cousin Umair, however, she sacrifices her love for Anaya who is already jealous of Fatima. On the other hand, Mutahir hails from a humble background for which he has always been ridiculed for, he soon sets himself on a path of destruction to take revenge from those who have humiliated him.

With a number of block-buster shows on-air at the moment, 7th Sky Entertainment explores different genres catering to audiences of all kinds and hence has become a household name in the industry. The new drama serial Faasiq is yet another addition to their list of currently on-air critically acclaimed dramas like Dil e Momin, MohabbatDaag Ki Soorat, Dour, Banno and MohabbatChorDi Maine.