After their incredibly viral wedding in 2020, two young Pakistani students, Nimra and Asad, made ripples on social media. Following their friendship, the young couple decided to marry. At the age of 18, the pair married. Their parents and relatives backed them up in their choice.

Nimra and Asad soon to be Parents 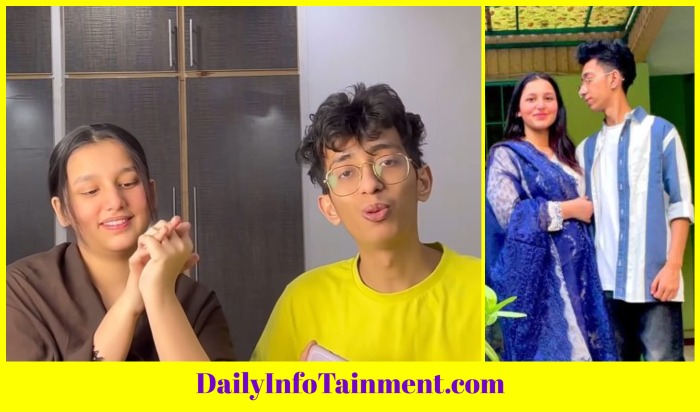 Pakistanis were likewise pleased with their selection. Many young individuals made early marriage choices after their marriage. We also saw an uncontrollable trend of celebrity marriages after their weddings.

Asad and Nimra recently informed their admirers of the excellent news. Their first kid is on the way, as the couple proudly revealed. This is the excellent news that everyone has been waiting for: the birth of a child for Asad and Nimra. They said that many individuals and admirers have inquired for good news and that they are now revealing it at their leisure. “Previously, doctors told us that there wouldn’t be any good news for a few months and that we should have a few tests,” Asad said in Vlog. “We just went for tests and the next day we suspected the good news because the test came back positive, so we are excited and in disbelief, and now we are here to confirm the news.”

After seeing her doctor for confirmation of the news, Nimra informed Asad that he would soon be a father. Take a peek at the lovely Vlog of Nimra and Asad.